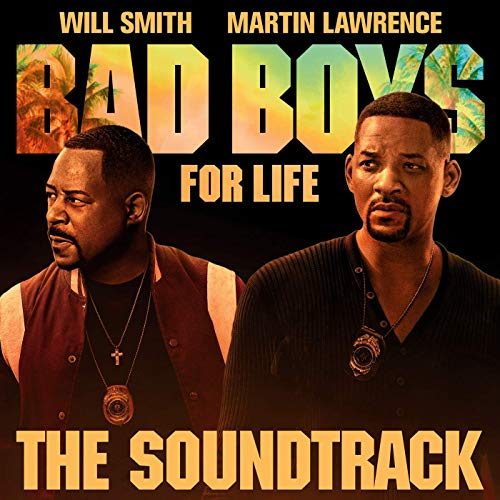 Bad Boys For Life: The Soundtrack

The irony of “Bad Boys For Life: The Soundtrack” is evident within seconds of looking at the album. The marketing campaign for the film has traded almost entirely on nostalgia — nostalgia for the original films starring Will Smith and Martin Lawrence, and nostalgia for the Puff Daddy (P. Diddy) song “Bad Boy For Life” from 2001. Despite some of the corniest lyrics imaginable (“I’m the definition of/half man, half drugs”) the undeniable sing-along hook and heavy rock & roll riff by Megahertz made it a classic. It didn’t hurt that the accompanying music video was all kinds of hilarious.

Don’t buy “Bad Boys For Life: The Soundtrack” expecting to hear this song, a cover version of this song, or even a remix of it featuring all new artists. Instead you’re getting a 31 minute, 10 song movie soundtrack which to its credit hews closely to the Miami setting of the now trilogy of films. This is evident from the second track “Money Fight” featuring (in)famous Miami natives City Girls. I’m happy JT is out of prison.

When I say the soundtrack matches the setting though, it’s not just because it features Miami artists — it features the Miami lingua. This is the scene that exploded Pitbull into an international superstar, and his mixture of hip-hop and reggaeton as well as the “RITMO” of that sound is in full effect here. The Black Eyed Peas team with J. Balvin to personify that feeling for the club. Even the neon party colors of the accompanying video reflect the scene.

The closest this album gets to rugged hip-hop is “Future Bright” by Rick Ross and Bryson Tiller or “Bad Moves” by DJ Durel featuring Quavo and Rich The Kid. The rest of the presentation is meant for a cool breeze, top down, bouncing along to the friendly vibes. From the uptempo “Damn I Love Miami” by Pitbull and Lil Jon to the laid back “Muevelo” by Nicky Jam and Daddy Yankee, it’s all about that uniquely Miami mix of sounds from Puerto Rico, Jamaica and Florida all in one small geographical area. There’s even an appearance by Buju Banton paying tribute to reggaeton’s roots.

There may be a little bit of nepotism inherent in the presentation given that Will Smith’s son Jaden has both a solo song called “The Hottest” and an appearance on the “RITMO” remix, but neither one is insultingly bad. Nepotism is troublesome when people who are undeserving and have NO talent are promoted at the expense of those who do, and Jaden Smith clearly has some artistic talent. It would be hard not to inherit at least some of Will’s talent for rapping and acting, though I doubt he’ll ever reach the lofty heights his dad has. “Bad Boys For Life: The Soundtrack” is to put it bluntly some rather harmless fluff. In a landscape that has become largely bereft of hip-hop movie soundtracks, this is a welcome entry that doesn’t do the film it comes from a disservice save for the omission of the very song that inspired the movie’s title.