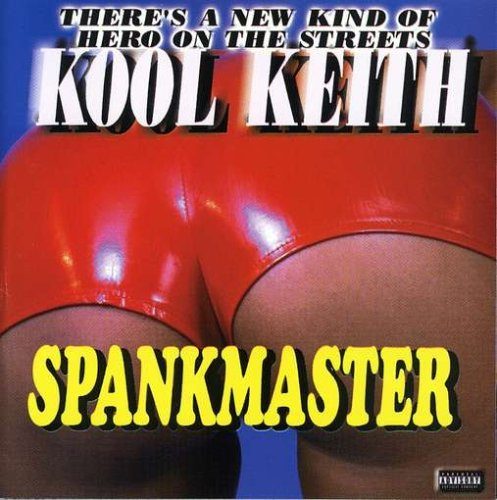 Keith Thornton is on his own dick, yet again.

There was a time in Kool Keith’s career where the kind of proclamations he issues on “I’m a Tell-U” would have seemed relevant. “You’re stuck in 1974, with your boring producers / Your videos are boring, same girls singing, everybody trying to be George Clinton and Jimi Hendrix wannabees.” Irony is a bitch though – because it’s actually Kool Keith who is stuck. He may be stuck in the year 3000, but he’s stuck all the same.

There is no question Kool Keith is legendary in hip-hop; that his work with the rap group Ultramagnetic M.C.’s singlehandedly made the vocal eccentricities of everyone from Project Blowed to Pharoahe Monch possible. There is no question Kool Keith again revolutionized the industry with his landmark “Dr. Octagon” album – a release whose fat beats and quirky concepts were a breath of fresh air in a stale world of rap. The problem though is that Kool Keith has become a parody of himself – as stale as the rappers he so routinely lambasts. His last album “Matthew” was full of self-produced beats and meandering stream-of-conciousness thoughts that had little to do with what could honestly be called rapping – and the sad fact is that this album picks right up where “Matthew” left off. Keith has been in steady decline since the seminal “Lost in Space” album; going from one wacky group concept to another while as a solo artist continuing to rally against mediocrity with a message grown so tiresome it’s now mediocre itself.

At some point, even a dedicated Kool Keith fan who own obscure LP’s like “The Cenobites” and his “Ultra” duet album with Tim Dog has to get tired of hearing Keith’s tirades over his own beats; which he constantly praises as advanced and futuristic. Here’s a tip Keith – these may be great beats to drop acid tabs to, but they’re really not any good at inducing a headnod or providing an interesting backdrop for tired trash talk. Only a few songs rise above mediocre musically: the up-tempo “Jewelry Shine”, the pimped out funk of “Girls in Jail” the booty shake of “Spank-Master (Take Off Your Clothes)” among them. Even these songs have a heavy reliance on synthesized beats and drumbeats which tend to sound the same from one song to the next. With Keith, a self-confessed porno freak who has starred in his own movies, the dirty talk in the latter two of these songs is mildly amusing – but nothing we didn’t hear from him before on the much superior “Sex Style” album back in 1997.

It’s sad to say that one of hip-hop’s all-time greats is playing himself out like Colecovision; but sadly Keith will continue to rally against reviews like this and claim that the critics and don’t understand “his vision” of taking hip-hop into the future. We gladly went along for the ride when Keith first went there, the problem is that he hasn’t pushed it any further since. In fact it might actually be more advanced to go a little retro – go back to having an outside producer like Prince Paul or DJ Premier give him some beats that are TRULY dope to work with. That way even if the shtick remained tired, it would at least be more listenable. This album really isn’t, and should only be purchased secondhand or out of a bargain bin at your local Sam Goody.