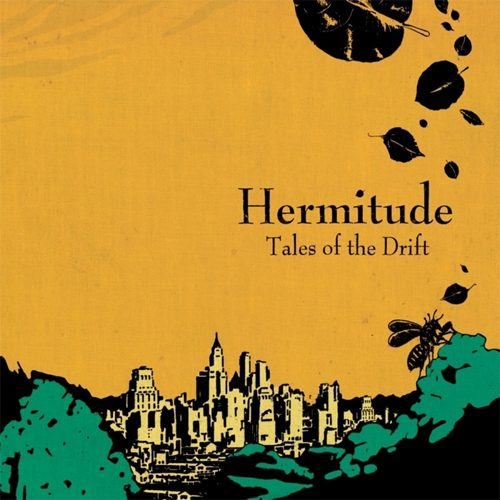 Hermitude :: Tales of the Drift

A producer is largely judged based on the emcees who rock their tracks and rightfully so. In the loop based musical environment that is Hip-Hop you catch the gist of a track after the first 30 seconds or so and after that you hear the same thing over and over again for three minutes. In order to keep someone’s attention for that long those 30 seconds you loop better be pretty damn funky. Hermitude is a duo of Australian producers who seem to understand this concept very well as “Tales of the Drift” is full of funky track after funky track that keeps the listener’s attention. As with any producer’s album there are a few tracks that are merely background music and more emcees would always be welcome, but over all Hermitude comes through with a solid album.

The album opens up with “You Got Soul,” a short intro track with a soft piano loop and slightly sped up soul sample that sets the tone for the album nicely. “Tapedeck Sound” drops next and is a track that is both good by itself and also in need of a rapper to mix things up. At over six minutes in length the track requires a lot of variety and for the most part Hermitude provides it as they mix in different alternating synth sounds with a variety of vocal samples and DJ scratches to keep things interesting. Had this been a four minute track this would have been instrumental dope in its purest form, but at six minutes you’re left wishing an emcee would have dropped at least one verse somewhere along the way. “Can’t Stop” evokes similar feelings as despite the mixture of guitars, pianos, and samples I’m still left wishing there was more than an instrumental on the track.

When track four kicks in and Blu MC gets on the track we get a mixture of both the good and the bad of having on emcee on your song. The song does sound a bit more entertaining on its face, but Blu MC isn’t all that great and Hermitude seem to have dumbed down their music to allow the rapper to take center stage. The only other track featuring rappers on the album is “Fallen Giants” which features noticeably better emcees in the form of Urthboy and Ozi Batla. Once again, Hermitude has to simplify the beat a bit to allow the emcees to shine but the music is still dope. In the end one can’t have the best of both worlds. Hermitude’s beats are much better when there’s no rapper on the song. Without a rapper the duo has more room to play with instruments and mix in a variety of sounds. Yet, the hip-hop fan in all of us craves a rapper on the track since that’s what we’re used to.

Overall, “Tales of the Drift” is a solid producer’s album. It’s a mixed bag and definitely not for everyone, but has plenty to offer for those willing to venture outside of their comfort zone. Tracks like “Ruffwon” and “Dub’s Theme” don’t hold up well by themselves and beg for vocals of some sort. At the other extreme “Nightfall’s Messenger” and “Galactic Cadillac” are instrumentals that stand up well on their own and push the limits of your perception of Hip-Hop music. More emcees would always be welcome, but Hermitude shows that they don’t need them to make a good album. Emcees in Australia and worldwide should take note though and try to hop on the boat next time around.