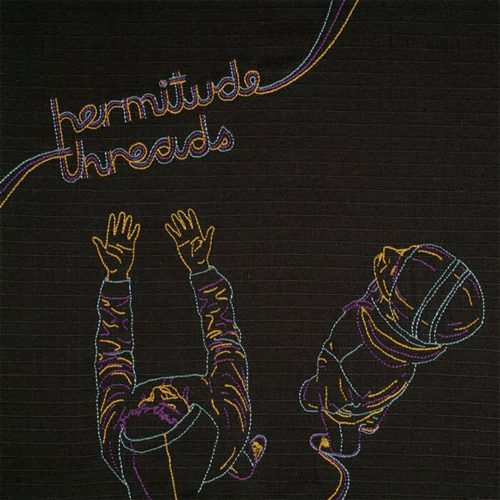 Detroit has been doing big things for the last year or two. That sound of hard drums, left of centre loops and sublime synths which Motor City seems to have patented as their own has been gaining increasing coverage. Hermitude has noticed and their third album conjures up images of a gray overcast day, smoke stacks billowing and the sound of Timberland impacting the cold hard pavement in America’s industry heartland. Until you realise that they’re from Sydney, Australia, revealing a darker side to the cosmopolitan, latte sipping, de-facto capital of Down Under.

While the Hermitude wear their influences quite plainly on their sleeves they’re not in the business of biting another city’s style. The devil is in the detail. While on the surface the Hermitude craft slices of audio pressed steel there is plush interior and wood grain detailing welded to the Detroit chassis of their tracks. Subtle touches of guitars, scratches and percussion weave their way around the bone thumping beats preserving a sense of freshness and melody in their songs. While other instrumental acts hope to entrance you with repetition Hermitude give you fully formed songs.

Opener “Bloodshot” provides space funk at its finest, closely followed by the head nod inducing “Slychain” chops up vocals to provide pop hooks. “44 Gallons” sounds like Dilla sampling Procul Harum and “Cartridge Kings” is what a Hip Hop Jamiroquai might sound like (in a good way).

When they switch to more down-tempo moods it’s equally satisfying. “Frayed”‘s beautiful melancholic piano sounds like it just got cut from the soundtrack for Requiem for a Dream. Smoke filled living rooms could never be more complete than with the languid guitar of “The River”.

Everything flows so well from one to the other, without sounding like a 60 minute jam that the cod reggae of “New People” and the closest you get to a party banger in “Exhale” make for a slightly awkward break in the proceedings. Neither are a disgrace but they fail to match the considered craft of the tracks that surround them.

The real triumph is that Hermitude never sound like a cheap man’s Dilla, they’ve crafted something new here from the parts he left them. If most countries were to try and make Detroit style motors it would invariably be a disaster. It seems these Australians are capable of taking that basic model and upgrading it to top of the range with trimming that’s 100% home made.