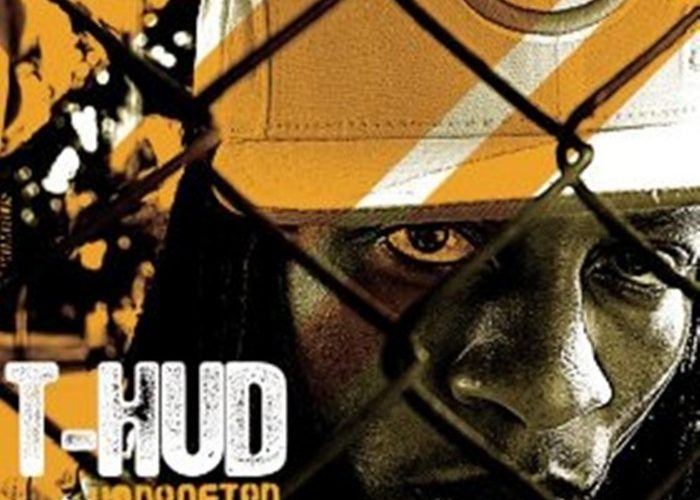 “A true thug spreads his game, link up and bubble
while niggas stay on one lane like the Lincoln Tunnel
I refuse to limit my game to one hustle
I don’t only sling craps or let the cards shuffle”

Apparently a true thug by the B. Sigel definition, Troy Hudson refuses to limit his game to one hustle. A ten-year basketball pro, the 31-year old point guard has played for the Jazz, the Clippers, the Magic, and the Timberwolves. The Illinois native also runs his own record label, Nutty Boyz Entertainment, on which he releases his debut rap album “Undrafted.” Hudson seems to take his music career seriously, as he’s also involved on the business end of it. In his own words: “Y’all better realize I ain’t just no hooper, I’m a muthafuckin’ rapper. Better yet I’m a entrepreneur.” To the public Troy Hudson will probably always be basketball player first and everything second, but public figures should be allowed to show different sides of their persona outside of their core profession. They just need to accept that their celebrity status doesn’t automatically generate univeral acclaim for everything they do. Knowing the world isn’t exactly waiting for another ball player to pick up the mic, T-Hud can’t help but sounding defensive when he raps, “Hit a double with this hoopin’ shit, but I’m still a rapper / Don’t get it twisted, I can really spit it / my flow got the flu, I am sick with it / Dude, this is big business, gotta stick with it.”

What to the rest of us looks like a vanity project is to T-Hud an enterprise that has to be handled accordingly. Unlike most rap hustlers, however, Hudson can rely on name recognition, and has the money to finance his rap dreams. Still he knows that rap albums by basketball stars don’t just sell themselves and that being your own boss requires a bit of extra work: “Gotta grind, gotta get them CD’s off the shelf / cause I’m signed independently to keep my wealth.” That wealth is a recurring topic on “Undrafted.” Hudson even goes as far as disclosing the 8-figure amount on his bank account not just once, but on several songs. For instance on “Roll With Me,” which contains the most controversial argument of the entire album. This multi-millionaire says, “I live in the burbs, yeah, but I keep my home attached / cause no tellin’ when a player gotta move back / if it gets bad, I guess I gotta move crack.” Honestly, if you can imagine losing millions of dollars and ending up at the very bottom with no other option than to sell dope, you depict yourself as the potentially most irresponsible and untalented person on the planet.

When Biggie rhymed, “Either you’re slingin’ crack rock or you got a wicked jump shot,” he was talking about adolescents, not adults who had all the time in the world to gain knowledge and experience. I mean come on… Do you see Joe Frazier out there peddling street pharmaceuticals? Nope, he’s still running his boxing gym in Philadelphia despite past financial setbacks. Yes, I remember Public Enemy’s “Air Hoodlum,” but that was about a “small town bro that’s bound to go pro” who never actually made it to the NBA. Obviously, T-Hud’s lyrics are a concession to the current rap market and as such might even fit some business plan. Still, it’s sucking up to the criminal congegration that supposedly makes up the hip-hop audience these days and to a personal background that seems to exclusively consist of gangsters and groupies. What about everyone else? They are largely absent from this album (with the notable exception of the “True Love” that is addressed in the song of the same name featuring Ray-J). Implicitly, Hudson says that the streets raised him, when in reality the streets were primarily his first basketball court. Knowing who T-Hud is and how much money he actually has, the dumbass rhetoric almost ruins an otherwise highly enjoyable song.

While “Undrafted” continuously glorifies the hustling mentality, it has to be admitted that a lot of it makes sense, even if Troy Hudson probably didn’t have that rough of a start back in Carbondale, a predominantly white college town of 20,000 in Southern Illinois (for whose university team he also played). “Good Weather Music (Never Thought)” is a catchy tune featuring UGK and crooner Static Major looking back in amazement since (as the hook says) they never thought they could be more than gangsters. On the other hand Huddy would like us to know that even though he chose to be more than a gangster, he still is one. To convince us, he invited Project Pat and 3-6 to “I’m a Gangsta” hoping for some of that Memphis cred to rub off. The third high-profile rap feature comes courtesy of the Clipse on the marching drums-paced “The Hoods Only,” yet another chance for the host to test his gangsta on established rap career criminals.

T-Hud explains himself further on the TQ-featuring “How I Get By.” “Just because I push the ball don’t mean I ain’t cooked the raw,” he offers. If that’s what he did, he’s obviously free to rap about it, but maybe he should reconsider rapping about dealing drugs in the present tense, or at least be just a little bit clearer about the fact that he since “left the rocks alone,” as he puts it in “No No No.” That kind of caution is thrown completely to the wind on “Back to the Block,” un unapologetic crime spree with Mo-Unique as gangster moll. Other songs are more reflective, such as “Everyday All Day,” which sees Hud remembering, “Out here in the street hungry cats’ll shoot you in your face / seen it happen clear as day, on the block, the clearest day / Nine years ago to date the nine took his soul away / So pour some Henny out and blaze up the hay / and take a puff for the niggas not here today.”

Fundamental objections aside, “Undrafted” is a surprisingly solid rap album. According to the credits, Troy Hudson writes his lyrics himself. While he possesses an unremarkable vocal tone, he switches up his flow and even adopts accents. Occasionally he manages to rap in the same comforting delivery as Eightball. He audibly steps his lyrical game up several times. Some parts sound more accomplished than what we’ve heard from 50 Cent lately. What he lacks in rap star potential, he makes up for with solid performances over professionally produced tracks, resulting in some of the best rap songs we’ve heard from sports figures. Manning the boards for 12 tracks, Rock City shows himself very able producer of various contemporary urban formats, among them a rather questionable genre we might call crunk pop (“Go Getta,” “Real Shit”).

“Roll With Me” with its nostalgic West Coast bump would have easily found a home on WC & The MAAD Circle’s “Curb Servin'” album 12 years ago or on more recent recordings by The Game. The g-funked-out “Everyday All Day” with its uncharacteristically delicate piano sounds like something C-Bo would have rocked in the ’90s. The sinister as well as sparse “Back to the Block” with its fateful piano, string stabs, and siren flashes is the perfect background for genuinely impressive lyric lickin’. “Rich as a Bitch” successfully mimicks the southern leg of the Neptunes sound with big-ass basslines and snap-clap percussion. Add a solid hook and some good game and it’s a (w)rap:

If the monumental sample at the heart of “So Here” wasn’t as buried, you’d mistake the track for a Rich Harrison production. Despite the composition being only potentially spectacular, Hud brings a lot of energy to it, even dropping some rap references to prove his allegiance: “Groupies, they compete for a chance to hump me / I tell ’em ‘walk it out’ like DJ Unk be / ‘all around the world same song’ like Humpty.” “White 550’s” by B Steel would make DJ Paul and Juicy ‘J’ proud. The Darius Harrison-produced “No No No” (which flips the same sample as the Ghost/Sun God duet “Street Opera”) consists of a classy beat over which Hud authoratively presents himself as an articulate thug with lines like “We move weight of that coca (…) Got weight issues, the street versions of Oprah” and “I speak two different languages, corporate and street / y’all better be grateful you’re fortunate to eat.”

Excercising one’s lyrical creativity can have its traps, however, as evidenced by “White 550’s,” where Hud first compares himself to a stripper (“Like a stripper in a shake joint I ain’t scared to move it”) and then to a ballerina (“Ballerina feet, dog, I stays on my toes”). Does that mean we’re going to see Hudson follow in the footsteps of the cross-dressing Dennis Rodman? In a pink tutu and stilettos maybe?

Jokes aside, Troy Hudson has crafted a solid street album. He doesn’t even attempt to appeal to young and old like the league’s rap pioneer Shaquille O’Neal did, he fully represents the thug element the NBA has tried to bring under control in the past years. Even though he’s predictable as a rapper, often rhyming the same words, the only time he embarrasses himself is when he acts like he’s “straight from the streets, fresh off a triple beam.” While other observations that project into Hudson’s past or argue hypothetically (“I’d probably be in jail if it wasn’t for this hoopin’ shit / strapped on the block, young nigga on some stupid shit”) can’t be verified, his claims in the present tense make the Timberwolf look like an impressionable fan of Young Jeezy, T.I., and the Clipse. For a pro athlete who constantly travels across the country it can’t be “out HERE in the street,” it’s gotta be “out THERE in the street.”

Maybe “Hud is from the block, so he’s well connected,” but he’s already well off with his image as “self-employed CEO” who what he takes “from the hood” gives “back through rap.” He can rap, he has an ear for beats. He has a record label to run. Why does he need to be superthug? He surely doesn’t have to represent young hustlers in rap, since many others are already on that mission. He can be “the face of the hood” in the arenas and on the sports channels. Perhaps T-Hud’s competitive spirit, possibly sharpened by never getting drafted, influenced his rapping. “A million niggas losin’ it, I gotta win,” he reaffirms. Let’s see him win this rap competition he just entered.