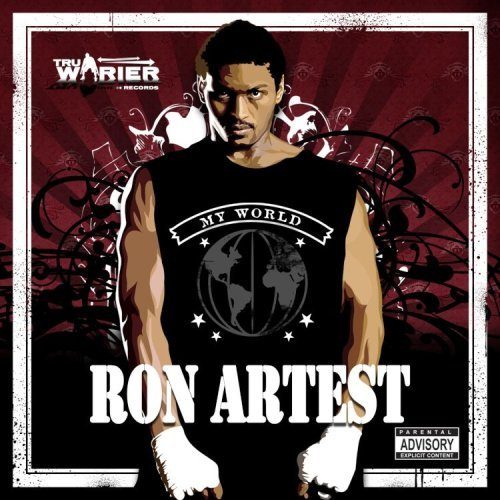 A lot of athletes at the elite level of professional sports in the U.S. seem to be rich and bored. It’s hard to imagine any other reason they would try to get involved in so many things outside of their area of expertise. Time after time they wind up as producers of horrible movies, self-appointed sports experts on low-rated sports talk shows, or musicians with no hint of musical talent at all. When you’re paid millions of dollars a year just to play basketball or football you can afford to stink at everything else. Deion Sanders never had to worry about his lights being turned off just because “Prime Time” was a horrible rap album. The Dallas Cowboys signed him to one of the most lucrative contracts for a defensive player in NFL history around the same time “Prime Time” was released. Even if he had produced it himself and released it on his own label and only sold 10 copies, the mansion and the yacht and the fancy gold watch weren’t going anywhere.

Oddly enough professional athletes often have no problem convincing OTHER people to waste millions of dollars on their vanity projects instead of having to fork out their own dough. Sanders certainly didn’t have to – Dallas Austin produced his album and Hammer’s imprint Bust It Records took care of the bills. No one can say who really got fooled into making this debacle happen. Hammer and Sanders were undoubtedly a mutual appreciation society, but being good friends doesn’t necessarily lead to good business decisions, let alone musical decisions. Thus we come to Ron Artest’s debut album “My World.” Much like Sanders in his heyday, Artest is a figure of controversy in his own sport, unafraid to say what he wants to whoever he wants. Not so coincidentally both men are highly regarded for their defensive play, yet at times considered a liability to their teams given massive egos which seem to need constant stroking. The biggest difference between the two is that Sanders natural charm won over even his staunchest of critics, and even though his rap career while an active player was a failure his post-NFL career as a commentator has been largely successful. Artest has no such track record of charm – he seems to have a permanent scowl on his face and his album cover is even more angry than usual. The mean mug is a well known rap cliche, and Artest certainly doesn’t break the mold here.

Anger is certainly not a problem for Artest, given he has become more famous for fighting with fans in the stands than his play on the court – something that got him suspended for the remainder of an entire NBA season. Perhaps it was that time off from 2004-2005 that led him to consider a rap career. Another difference between Sanders and Artest looms large here – while Sanders got other people to foot the bill for his musical ambitions, Artest released “My World” on his own Tru Warier imprint. At least Lightyear Entertainment handled the distribution for him, although apparently they didn’t have to distribute many. One source reported that he only sold 365 copies his first week, and sales quickly tapered off after that. In fact to be perfectly honest the reason I’m reviewing this album is because I found this CD in the bargain bin at a store better known for selling furniture that music. In these situations curiosity always gets the better of me. After all how bad could a Ron Artest rap album really be?

One mistake about the marketing of this album has to be made clear before we even get started – the album’s back cover is abyssmally lacking in info. You wouldn’t know it from reading it, but “My World” actually features guest appearances from Capone, Juvenile, Mike Jones and Nature. These are the kind of names that carry credibility for both hardcore New York hip-hop heads and Southern rap crossover fans, yet “My World” lists 21 songs and doesn’t mention their cameos even once. In fact the only hint of a guest appearance at all is that the opening track is titled “Puff Daddy BKA Diddy Intro.” Newsflash Ron – even in 2006 getting Diddy to record an intro for your album wasn’t going to result in any sales, and in 2007 it’s absolutely irrelevant. Since Artest won’t promote his own guests I’ll save him the trouble – Juvenile appears on “Cash Money,” Nature appears on the oddly titled “I Like My Song,” and you’ll find Capone and Mike Jones on “Get Low.” Artest opens his album with the song “Haterz,” which may feature the most oxymoronic chorus I’ve heard this year. “For some reason kid, e’rybody hatin me/I don’t know why these cats keep hatin me/You you you you and you, why you hatin me/I don’t know but a lot of people hatin me.” Newsflash Ron – that’s what happens when you punch fans in the crowd who paid good money to see you play. Let’s examine his actual rap more closely:

“I observe, and I watch, and I read people
Critique me, and they think, they know me, and it seems
To my fans, present fam, that I gonna have a harder day
I tell ’em, it’s gonna be a harder day, anyway
Yes – I’m prepared to let it air out
And if I have to stomp on some people, on the route, yes I’ll do that
In my world, no guidelines
Put the pressure on me, I’ve been here a long time”

Problem number one – for a guy with such a thuggish reputation and a mean mug, his voice just isn’t that hard. It’s well known that Artest grew up in Queensbridge but there is no Nas or Prodigy in his vocal tone – in fact he’s closer to the MC Shan end of being high-pitched. It’s a shame he doesn’t have Shan’s charisma or delivery – in fact that’s problem number two. I’ve heard better flows on Celebrity Rap Superstar. To say his rap is disjointed is an understatement. Artest is not going on-beat, off-beat – he simply has no concept of the beat at all. That leads us to problem number three – he might as well be reading spoken word poetry given the lack of anything approaching a cohesive rhyme scheme. Last but not least it goes without saying that Artest may be one of the few people who can genuinely claim to have “haters” in his rap largely due to his attitude and behavior, but that doesn’t stop the song from being trite and unconvincing. Rappers who portray being hated on in song build a convincing aura of paranoia around them to the point you can literally feel the knives being stuck in their back by their closest friends. I gather no such concern for Artest here – he raps about being hated on with the same casual attitude he might rap about going to the store to buy groceries. I’m willing to give him another chance though – “Haterz” was a self-produced track and those are often big flops for rap rookies because you’re doing way too much on the song. Let’s try the Steve Sola produced “Bad Karma” instead:

“Holla at’cha boy, a pimp and a foe
Since I make a lot of paper, lot of haters want dough
Why, mami seem to like me, saw her in them tight jeans
Pulled up in the Bentley, rims so icy
Her hair done nice B, I see her eyein me
Stepped out old school, white tees and Wallabees
She said ‘Obviously you followin me’
Yeah whattup pretty momma wit’cho big ol’ butt
Hollywood treatin me good, let’s do lunch
She bit, and ate the sweet bait that I gave her
Red cherry, strawberry, player flavor, Now or Laters
Took her to the crib, homey see you later
Ron about to lay up”

There’s marginal improvement to be found here. Artest finds a rhyme scheme that he can work with, manages to stay in time with the beat, and even tells an almost interesting story about macking on a cute chick. The negative is that still comes across somewhat cornball – not too many rappers talk about their RIMS being icy, and I doubt any dimepiece would want to hook up and head back to the crib for a “lay up” after the weak game Artest was spitting. There are some songs on “My World” that work despite Artest’s deficiencies as a rapper. “Cash Money” manages to largely disguise his flaws thanks to Brandon ‘Dirty Bird’ Parrot’s beat and Juvenile’s appearance. “Workin the Pole” almost sounds like a song you could hear playing at Scores, although Swizz Beatz produced tracks have the strip game locked down right now. Artest even shows a little promise as a producer on the track “No Good,” getting a little assistance from Wip on the boards. “Rap Game” has the most attitude of any song on the album thanks to a DJ S&S beat and an invigorated verbal flow from Artest, who quips that when he was told not to rap “Ron started to lose it” and sounds like he actually means it. For the most part though lackluster beats and a strictly amateur rap ability keeps “My World” squarely in the bargain bin where it belongs. On the court Artest is a defensive great, but on the mic he’s just plain offensive.