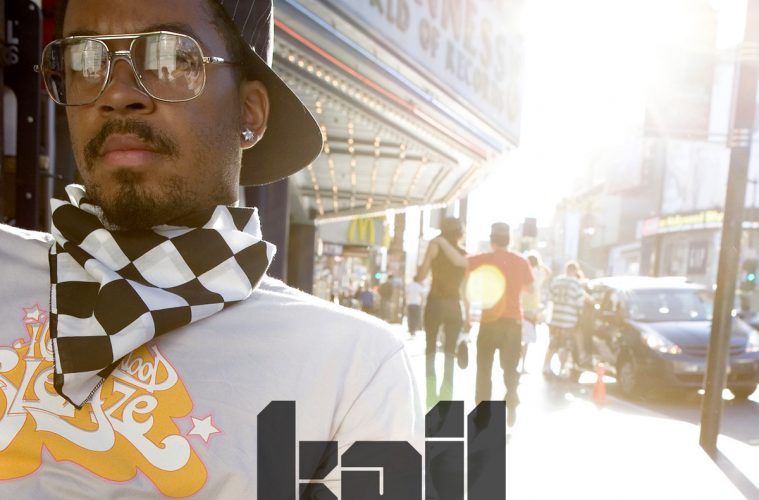 When Random dropped his Mega Ran project I assumed it was a once-in-a-lifetime merger of two of my biggest passions – hip-hop music and Mega Man video games. It didn’t occur to me that any other hip-hop artists would be (with apologies and no offense meant to Random) as NERDY about Mega Man as he or I.

Turns out I was totally wrong about that, because here comes Alpha Pup Recordsown KAIL. The first single I received via e-mail from his debut album “True Hollywood Squares” was instantly recognizable to me, even looped and played at a totally different speed – the Gemini Man stage from Mega Man 3. If you want to see what I’m talking about there’s a YouTube video here and if you’d like to hear an orchestrated remix of the theme you can find an excellent one by an artist named McVaffe here (right click to save). Listening to this track was a MARK OUT MOMENT right from the start because Kail even opens the cut with the Mega Man stage select theme. I can only conclude he’s big-time into 8-bit Nintendo, big time into Mega Man, or his producer is. I’m stumped as to the latter of those options because the press kit that came with this album doesn’t have any production notes, let alone a tracklisting for the album. EPIC FAIL. What’s not an epic fail is the song “Wendy” itself, a story of how a chance encounter with a young hottie translated into sudden stardom and then an equally rapid decline in fame:

“Her hustle SENSATIONAL! I gave her just one copy
of the invitational and we were both paid in full
I’m like her Daddy Warbucks
She makes me look tres chic, at all the couture clubs
Better advertisement, than my picture on a tourbus
My micro mini knows how to use her youth as a shortcut
She’s fresh out of high school, senior year
Although she appears of age to legally drink a beer
Saw her at my show and had to ask what brings you here
Couldn’t hear her over the noise in my ringin ears
But I gave her a CD
And now a bunch of peeps I don’t know come to my show to see me
[…]
Things with Wendy were wonderful until a couple months ago
when she stopped comin to my shows
I tried to track her down, I even asked around
I looked everywhere, but Wendy can’t be found
And as much as I want her to come back again
I realize that all good things have to end
My shows ain’t as crowded as when she packed ’em in
And it’s been a week since someone tried to add me as a friend”

It’s a truly poignant tale of the rise and fall of an up-and-coming hip-hop MC in the digital age. Even if you wouldn’t know Protoman from Mega Man or the Belmont clan this shit slams. Kail is truly on his own shit on “True Hollywood Squares,” so much so that he includes a sarcastic parody of televised spots on “Commercial Break” with a chick who just might be Wendy, promoting the virtues of a drug called “Roofie XL” with possible side effects of hangover, fatigue, pregnancy and chlamydia. Damn! It’s only natural such a spot would lead into a track named “Sweet Dick Willy,” a hauntingly dope track which mixes the best parts of Ice Cube’s “Look Who’s Burnin'” with Slick Rick’s “Treat Her Like a Prostitute.” If you thought Soulja Boy’s “Sidekick” was the drizzling shits, give “Motorola Twins” a spin and watch how a true MC a.k.a. “the baddest nigga fuckin around” spits a true rap using his cell phone for the beat AND the story. He’s probably the only rapper who’s ever bragged “both my blue thumbs are too numb” while helping a hot female friend find parking with his celly’s navigator. “Aw shit, the voice mail picked it up! But she’ll calm down soon as I get her drunk.” If you’re not laughing, you have NO sense of humor or think Kail is a misogynistic pig. Sensitive-Ass Bitch Discrection Advised.

Normally a rapper talking about keeping it Hollywood might come off as the “square” his album’s name describes, but Kail busts raps about “trying to make power moves like I’m breakdancing” while he’s “trying to wax that ass with Armor All and a gray shammy.” In a hip-hop landscape littered with newcomers and wannabes Kail got my attention by being original, witty as hell and YES by looping a Mega Man sample. Put that track aside though and “True Hollywood Squares” offers a surprising amount of bang for the buck, with bumpable beats and dope punchlines that even Chino XL and Worsworth might have to check for. For a newcomer he’s obviously been around for a long time to get this good, so check for him in your hood, even if it happens to be Hollywood.