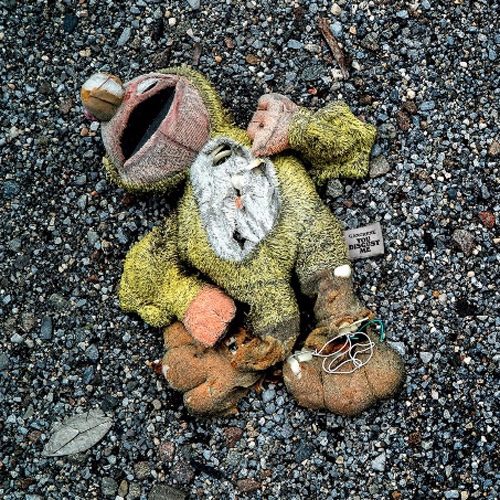 This album by Gangrene, the rap duo formed by Oh No and The Alchemist, carries a unique distinction that it probably never wanted. The digital release of “You Disgust Me” was August 7th, 2015 and Sean Price passed away on August 8th. That makes Gangrene’s album the last project Sean P was on to be released while he was still alive.

That’s eerie. There’s absolutely no way either man could have known that would happen, and the fact the physical version wasn’t released until a week later confirms it. They planned a digital release a week ahead to convince fans it was worth buying on iTunes – the only version that comes with the bonus track “Hot Pillow.” If you want Sean’s song, “Sheet Music” is on either copy. The video for the song came out a few days after the hard copy hit stores, with a link to donate to Sean’s family. It’s a strange clip since they don’t even try to do anything – and given they are devastated by Sean’s passing I can’t say as I blame them one bit.

Let’s try to shift this to a more positive note. Oh No has long pulled double duty as both a rapper and producer, making him both a highly talented and occasionally inconsistent lyricist. Teaming with Alchemist made perfect sense as he too has dabbled in both areas, but Alchemist is definitely better known as a producer. At this point in his career he’s pretty much legendary for his beats – held in the same esteem as DJ Premier and Pete Rock. Putting the two together means you’re either going to get madness or brilliance and their last CD “Vodka & Ayahuasca” seemed to have the best parts of both.

“You Disgust Me” doesn’t stray too far from the level of demented established on their last project – with bubbling bongs at the end of “Better Things” followed by a sample from a YouTube video where a guy gets WAY too stoned and can’t even form a cogent sentence – ultimately just giving in to madness and howling whatever colors he can now hear. These are the kind of samples that litter the album, such as on “The Intro” when a guy who sounds for all the world like Hulk Hogan to me talks about mopping up “nasty disgusting filth.” It sounds like something Mike Rowe would do on “Dirty Jobs” but nowhere near this explicit.

Your appreciation for this level of debauchery will be directly proportional to your enjoyment of this team’s album. They’ve got friends who can get down on their level such as Your Old Droog and Fashawn on “Gluttony,” or Evidence and Chuck Strangers on “Just for Decoration,” but for the most part they’re left to their own madness. The insanity peaks on the Oh No produced “Hazardous Material,” full of chopped up gothic organs and tumbling drum set rolls that seem capable of blowing the loop up at any second. You’re left hanging on the edge hoping the bars they spit don’t blow the song completely apart – and they all walk the tightrope successfully.

At only 40 minutes long “You Disgust Me” doesn’t leave you a whole lot of room for nuanced opinions – you’re either all out or you’re all in. For me I’m in as I dig the almost Gravediggaz level they operate on here for tracks like “Flamethrowers Pt. 2.” Alchemist brags “shots fire burn baby burn/straighten the wave in your perm/cigarillos bathing in sherm/I swim in a river riddled with germs.” Every time Ol’ Dirty Bastard bragged about just how dirty and stinkin’ he wanted to get, he was envisioning the future that Gangrene is living. They “blow the reefer through the speaker” and encourage you to get high on their filthy nasty beats and rhymes. I can dig it even if I’m going to need a nose plug if I spend too long smelling it.