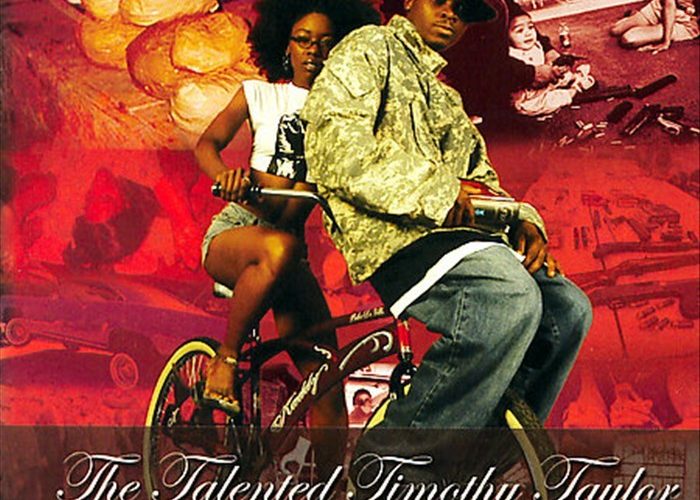 “Let Jadakiss ask WHY, I’m here to provide the answers.”

The art of the introduction track is a subtle one. On the one hand, it has to set the tone and anticipation for the album to come. On the other hand, it can’t be too good, or it will put the listener off of the rest of the album. “Another Chance @ Life” walks the tight line perfectly; over a reflective piano loop, hard bass and soft snares, Wise Intelligent rewrites his life story in retrospect.

“If Timothy Taylor was given, one chance to spit it again, he
Would rinse it ’til it’s empty, lock up to the track like Cinthy
Black youth would come to the forefront
Hip Hop would feed the masses
No weapon formed against us
Would prosper or harass us
I’d educate your babies
I’d teach black men to raise them
I’d civilize your ladies
I’d be captain save-a-ho
If Timothy Taylor was given, another chance at life
I’d tell Shaheed and Culture, that what we had was ripe
I wouldn’t have let my sister, be murdered on those train tracks
I wouldn’t have watched my Ol’ Earth, expire in the projects”

Tinged with regret, many fans would be fine if Wise Intelligent built the entire album around this sentiment, dwelling in the past, where his best and worst moments lie. Instead, a remarkable thing happens: Wise Intelligent turns around and puts the past behind him. Coming straight off the slow, reflective introduction, “I’m Him” shocks listeners with a blast of energy, and from then on, the album never turns back, using the past as a building block for the present, but never again dwelling in it.

“The Talented Timothy Taylor” is a fitting name for this, as every song only adds to the complex character that is Wise Intelligent. He’s able to party and have fun on tracks like “Sensi Party,” take a complete reverse with the jazzy “Go With Me,” and somehow have the two connect perfectly. The whole album flows together beautifully without ever getting stale or predictable. While many rappers fall flat after half of his 17 years in the game, Wise Intelligent sounds as sharp as ever, seamlessly weaving together street narratives, unrest, violence, fun, hope, and regret.

While he’s more than willing to have a good time, the social ills of the world he comes from is a dominant theme here. He directs his anger at street life at both internal and external forces, admitting that while the powers that be have created this, the people in the ghetto ultimately have the ability and responsibility to change it. He criticizes the youth at the same time he empathizes with them, bracing the fiery rhetoric of “Youth and Thugs” with reflections of his own mistakes on “Go With Me”:

“To think; I was only 13 â€“ (a) marijuana addict
Couple bad habits, uncivilized savage
[…]
And the pussy was free, so of course I got laid
And 9 months later, I’m somebody’s baby daddy
I’m a seed with a seed
I mean, a baby with a baby
Half my teachers called me crazy when they failed to educate me
They said I had a defecate disorder of attention
Couldn’t teach me how to read, so they pegged me for prison
I guess that I’m to blame for my current day condition
Not the current Euro-centric, white supremacist system”

This record is so well written, so complete and complex, that it nearly overshadows an equally important fact: this album sounds great. The production contains a strong variety, switching effortlessly between slow songs, rock inspired protests, and pounding reggae grooves. Even better, Wise Intelligent’s flow is flawless, speeding across tracks with supreme confidence, and never becoming monotonous. There’s a lack of beats that are truly great, but none of them are less than good.

And Wise Intelligent never takes so much as a track off here. This is great, solid hip hop, something any fan can appreciate on multiple levels. The album manages to cover all bases without sounding forced or calculated. “The Talented Timothy Taylor” has successfully reasserted himself here, with an incredible album that will move your feet as well as your mind.