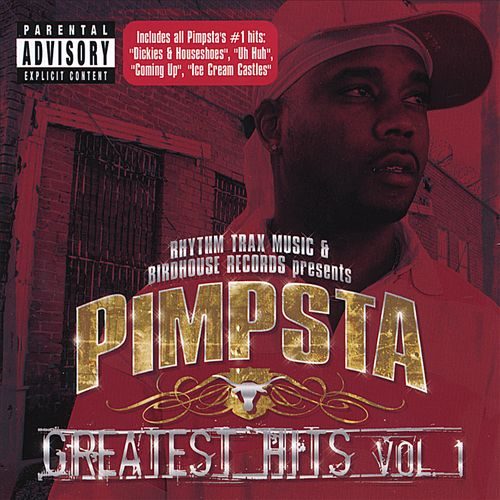 “Up early in the morning feeling perked
Thinked about the young fools that we left laying on the curb
No witnesses, that what we thought
But one fool saw us now I’m thinking everybody law
You see, you got to get your story right
Because this one fool slips that means a brother probably is getting life
You see, killing ain’t no misdemeanor
I seen a lot of young brothers get fried, behind the nina
Stuff happens in Texas
They kill young Blacks and Mexicans
Now the stuff just hit the floor
Detective been by my crib and left his card up on my door
Say they want me for suspicion
They say the fool that did the killing fit my description
They only got one clue
That the brother did the killing wore Dickies and houseshoes”

The opening verse from Pimpsta’s biggest hit, “Dickies-N-Houseshoes,” could be heard on the radio every hour during my middle school years. It didn’t hurt that Pimpsta was based in Dallas while the Dickies company is based out of neighboring Fort Worth, but Pimpsta’s song wasn’t confined to the DFW as it became a hit among all southern and Midwest towns where gang banging and Dickies were all the rage in the 1990s. While most people outside of Texas never heard Pimpsta’s slurred southern flow after that, he’s continued to grind out albums and local hits. “Greatest Hits Vol. 1” sums up Pimpsta’s career nicely and at the very least is one of the few CDs where you can get “Dickies-N-Houseshoes.”

Pimpsta isn’t the most gifted rapper, but he makes up for it with energy and charisma. His subject matter is purely street but he manages to crank out catchy songs in the spirit of his first hit single. All his songs tend to be backed by laid back beats drenched in funk that work well with his high-pitched flow. There’s plenty of trash talking from “Vato Loco” where he claims to be a “vato loco forever, coming from the Southside” to “Hata Face” where he tells off the haters while claiming to be “respected like Kadafi.” Occasional metaphors are as deep as Pimpsta gets but there’s something about him that puts him a step above your usual hustler that can rap. Part of it is his awareness of his demographic as he’s been down with the Mexicans since the early 1990s, borrowing Spanish in some of his raps proclaiming “Texas es mi casa, if you down with my travieso, de nada.”

Pimpsta also has a knack for making songs that sound like national hits but with a very local twist. “Uh Uh” is done in the same spirit as Trick Daddy’s “Nann” and was a local hit around the same time. I swear “Come On” sounds like something you would have heard on the No Limit catalog at some point. “When Da Club Close” uses the Jackson 5’s “I Want You Back” to make an ode to strip clubs after hours where “strippers get naked and ballers tippin c-notes.” A product of the 1990s gangsta rap explosion, Pimpsta also throws in plenty of remorse amongst his songs. “Just A Key Away” is a hustler’s lament about being so close, yet so far from leaving the game. “Coming Up” runs through all the struggles of a southern hustler, from getting kicked out the house to having a kid with a white woman with racist parents. “Heaven’s Door” reflects on the perils of the lifestyle Pimpsta lives and how close it has him to death.

Pimpsta definitely isn’t for everyone. I have a huge bias being from the same place he is and being able to relate to what he talks about, but I recommend this highly to fans of gangsta rap, especially those who love the G-Funk from the 1990s. The music is pretty tight throughout and Pimpsta has a distinctive voice that keeps you entertained. It won’t change your life, but it’ll give you something to play while in the car.