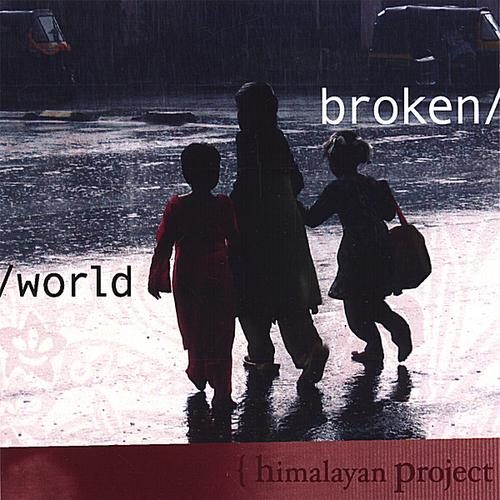 Chemistry is a term used frequently in discussions about hip-hop. It describes the special relationship artists can entertain when they join forces. The way they vibe off each other, the way they compliment each other can make it seem like they were meant to be together. While not everyone senses chemistry in the same place, most fans will agree that chemistry in hip-hop is highly volatile. Individuals grow apart for artistic or personal reasons, leaving no trail of the bond that once existed between them.

Rap duo Himalayan Project has its very own experience with chemistry. While it was undeniably there (their collaboration dating back to the early ’90s when they made pause mix tapes in high school), they had to tend to it and were only able to record their debut album when both members happened to live on the East Coast earlier this decade. They quickly solidified their artistic relationship with a second album, but took a four-year break before releasing their latest one. Not shying away from laying their individual intentions on the table, on “Broken World” rappers Rainman and Chee Malabar examine the dynamic within their Himalayan Project.

In the song “Go-Back,” Rainman recalls the mid-’90s, when he was “followin’ the words of Emanon and Styles of Beyond, takin’ cues from some of the best in the west,” “while in the east Malabar was in the lab buildin’ himself into a beast of his own.” They remember summer sessions when they “mailed tapes back and forth with raw raps” and recorded their “first EP on a Tascam 4-track.” That was in 1998, and exemplified HP’s bi-coastal partnership after Chee Malabar had relocated from San Francisco to New York in 1994: “Call Ray and leave 100 bar verses on his cell / he hit me right back with raps, syntax like Del’s / I just moved east, so my influences shifted / I was studyin’ “Illmatic,” he was studyin’ Hieroglyphics.”

But as the boys who knew each other since middle school grew up to become men, their interests began to diverge, with Chee Malabar emerging as the driving force behind the group. As his partner admits: “After school ends / I was all about makin’ moves that had nothin’ to do with the music / but Chee kept the fuse lit.” “Go-Back” ends in suspense, uncertain whether Rainman will continue to rap. The similarly themed “Satisfied” sheds more light on the process many musicians go through when some members of a band or crew are more motivated than others. But instead of calling it quits or burying their heads in the sand, Himalayan Project talk it out, turning “Satisfied” into a genuine dispute. As the potential quitter, it is Rainman who is on the defense when he is confronted with reproaches like “You’re givin’ up on me by sayin’ fuck hip-hop.” He counters, “My mind on the rent, the debt / whatever’s left after the taxes spent / so don’t sing me a sermon ’bout my passions left / when I’ve given my limit to my last extent.”

But “Satisfied” is more than an open dispute, it’s an honest discussion about not just a working relationship but also a friendship. It is apparent that each half of the Himalayan Project owes the other a great deal, and that they both think their decisions are not purely selfish but would also benefit the other. Ray is serious when he demands, “Give it to me honest, kid,” and Chee gladly accepts the invitation: “You pushed me on that path / and the further that I get, man, it’s hard to turn back / Fuck it, two steps forward, one step back / You got options, me, all I got is this rap shit.” Considering “Broken World” exists, Malabar has to be considered the winner of this round. But more importantly, “Satisfied,” despite showing clear rifts in the relationship, is proof positive of the chemistry that still exists between the two rappers.

These are interesting observations for those who are already familiar with this act. For the rest of the world these group therapy sessions might not be quite as compelling. But if you can sidestep the fact that you’ve never heard the referenced releases in the HP catalogue, “Satisfied” and “Go-Back” become rare displays of honesty in hip-hop. Himalayan Project manage to do what EPMD, OutKast, or Organized Konfusion failed to do – write songs about their frail partnership.

The loyalty that is inherent in Himalayan Project extends to its musical backbone, producers Kooz and Zeeb. HP have worked with the duo known as The Soulful MP’s on all their commercially available titles. “Broken World” is an indeed soulful, sample-based affair that is more emotional and melodically simpler than its predecessor. “Go-Back” is a post-sped-up soul stormer with a carefully spliced vocal sample and an irresistible rhymthm section. “Rip the Skin” is a reduced version of early ’90s hip-hop with sparsely blaring horns and finely processed guitars but still enough thump in the trunk. “Guerilla Wordsmiths” tops its soul-infused intro sequence with an even sweeter main loop. “Manchild” is a somber string composition some emo rappers would die for. “About a Girl,” centered around a vocal sample, is as good as any rap track spinning a sincere romance. And for anyone doubting the close-knit relationship of this foursome, peep the instrumental “Chloe’s Theme” dedicated to Kooz’ newborn.

If “Broken World” sometimes sounds like it misses the mark, it is hard to make out a culprit. Rainman sounds clear and crisp, literally reinvigorated after the hiatus. Maybe it is the duo’s knack for storytelling, which makes its attempts at less structured writing pale in comparison. Considering the initially mentioned tracks and Rainman’s detailed tale of finding and losing love, “About a Girl,” artistically Himalayan Project would be well off if they stuck to storytelling completely. Under the condition that they refrain from the idea of splitting up stories across several albums, which Chee seems to attempt with the brief title track.

It’s when HP concoct a mixture of poetics, politics and punchlines that “Broken World” loses steam. They claim to “make music that make Buddhists embrace Uzis” just when they decided it was time for an introspective album. They announce “solace music for the deeply wounded” but don’t really offer much in the way of emotional support except for each other. “On a mission to make change, dig deep and break barriers” they coin terms like “United Blue States of America” and “Nouveau American” but fail to inject explicit meaning into them.

“Manchild” represents the album’s remaining strain of their social agenda. Rainman professes that he’s “still hell-bent on endin’ the war through the use of acoustics,” but rather than with Iraq or Afghanistan the song deals with the outsider position many US citizens still occupy because of their origin. “Why they think you don’t represent America?” the duo with Chinese and Indian roots ask themselves. Here, Rainman emerges as the more emotional half of the duo, who argues, “This is more than music and I choose to do it / cause if I don’t, then I’m just gonna lose it,” while Chee Malabar establishes himself as the one with the masterplan:

“Got a sweatshop work ethic to stitch my experience
into the American fabric, mixed and matched with
loose threads from folks’ clothes off the Middle Passage
to yarns spun into multicultural quilts by the colonial masters
I weave it together usin’ strands of language
to patchwork the damage, and recapture the magic”

“My katana be on me at all times
I slice with rhymes descended from a long line of strong minds
of stubborn individuals, integral to a pivotal moment in time
aligned to the same old cold grind
and they diggin’ mine to death like the Sago coal mines”

The impression that “Broken World” is much more accessible to insiders is supported by excerpts of conversations inserted between tracks. Under a critical eye, this album comes across like a rescue bid to keep the group going. A successful attempt, nevertheless. Because for now, Himalayan Project is “back on the move like some leaf-cutter ants.” Which is good news for its fanbase, who might be pleased to know that a new HP album is already in the works and that Malabar will continue his side project Oblique Brown.