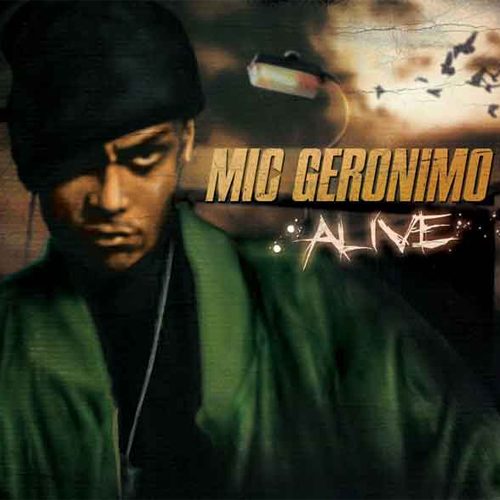 It’s been a long time since Mic Geronimo was running with Cash Money, making waves in the underground with minor hits like “Shits Real.” For that matter, it’s been ten years since his biggest and last charting song, “Nothin’ Move But The Money.” Rap is an especially fickle industry, which was evident by the lack of reception 2003’s “Long Road Back” received. With all this, “Alive” seems to be one of his last chances to re-establish a position in the rap game.

It’s unlikely that this album will do anything to bring Mic Geronimo into the public consciousness. While it’s titled “Alive,” the album sounds more asleep than invigorated. Geronimo has always been a monotone rapper, but gifted with a subtle mic presence. This is barely seen here. Instead, he sounds weary and tired, devoid of any sort of passion.

This lack of emotion is easily matched by the production. Some of the best beats in hip-hop history were made on low budget, so that is no excuse for the lack of energy and creativity found here. Not even the best rappers could make this sound exciting, it fails to establish any type of mood, making it hard to fault Geronimo for his lack of enthusiasm. Highlights like “What Makes You Think” are just competent, and even lead single “Shot!” has to rely on bad gunshot sound effects to hide how bland the beat is.

These flaws are sad because Geronimo is a very good rapper. At his best, he displays a calm, threatening swagger, so that his quietest statements have more power than most rappers’ screams. Even on this off performance, his writing is easy and clear, giving his threats a cool strength, and his more revealing moments a charming sincerity. His calm confidence is all that makes “Alive” a passable listen. It’s an interesting contrast from most hard rappers.

It’s disappointing to hear a rapper as talented as Mic Geronimo make an album this lackluster. There’s no inspiration on this album, and it drains the star. Even fans of his other albums, or his general calm street style should stay away from this one. There wasn’t enough effort put into this to justify a purchase. Mic Geronimo might be “Alive” but he’s in need of a shot of adrenaline.