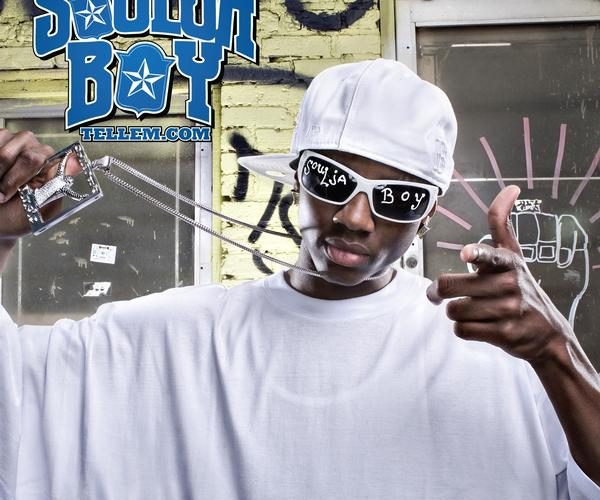 Have you ever Superman’d a hoe?

DeAndre Cortez Way rose to infamy in the summer of 2007 off the strength of his song “Crank That (Soulja Boy),” a self-produced song with steel drums and finger snaps that was as catchy as it was inane. Young Jeezy has his “YEAHHHHHHH” and Paul Wall has his “already” but the newest catchphrase in rap is Soulja Boy’s “YOUUUUUUUUUUUU” exhorted repeatedly throughout the chorus of this hit. The song has sparked a surprising amount of debate, with some people flipping sides by day as to whether “Crank That (Soulja Boy)” is so stupid it’s brilliant or so retarded it’s dragging all of hip-hop down into the gutter.

This writer is leaning towards the latter. “SouljaBoyTellEm.com” is 14 tracks of raps so vapid even Soulja Boy has to admit how worthless they are. “Sidekick” is a perfect example:

Trust me Soulja Boy, I believe you wrote that song (now Superman that hoe). Yes YOUUUUUUUUU wrote that song about nothing. You also wrote “Snap & Roll,” a song about… snapping and rolling on the dance floor. Impressive. YOUUUUUUUU also wrote “Donk,” a song about… girls who have a big butt. Never heard one of those in rap music before. You even wrote a song called “Yahhh” about how you should yell “YAHHH” when people get in your face.

Soulja Boy’s self-produced track on “Crank That” is the ideal example of a one-hit wonder. Soulja Boy tries to stretch his simple repetitive beat production style across an entire album and it fails miserably. In short his beats and melodies are as monotonous as his songs are vapid. The only hoe that got Superman’d on “SouljaBoyTellEm.com” is anybody who spent $14.99 on this album.