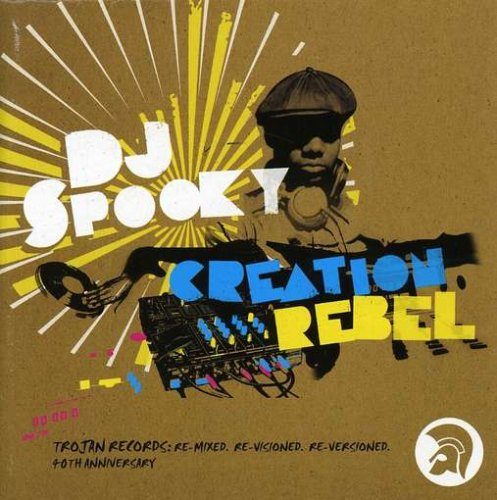 Music scholars and hip-hop historians alike acknowledge the close relationship between rap and reggae. While it can be said hip-hop drew from a wide variety of sources ranging from the blues to funk to rock’n’roll, it was the soundclash style of Kool DJ Herc that defined the art in the 1970’s and set the tone for decades to come. Herc brought this signature style straight from Kingston, Jamaica to the Bronx, New York. They called it breaks, we call it loops. They called it toasting, we call it rapping. The booming bass beat was proof positive of a superior soundclash setup. Any hip-hop head who could take a TARDIS trip back to the 1970’s and go to a block party hosted by Kool DJ Herc and the Herculords would feel right at home. More than just the structure of hip-hop, reggae has also provided the sound background, as many classic dancehall and reggae riddims are the backbone of rap classics. The slang, the rebellious style, even the accent and manner of speech of Jamaican artists can all be heard throughout the history of hip-hop. Try to picture rap without the wicked stylee of reggae – it just can’t be done. The two are forever married in culture and sound.

DJ Spooky is hardly the first to acknowledge the closely intertwined bonds between the the two arts, but he is definitely one of the champions of reviving classic reggae for modern day music listeners. Of late Spooky has been going through the archives of Trojan Records, a label founded in Britain in the late 1960’s to further spread (and profit from) interest in Jamaican music. Spooky has already released one album from these vaults entitled “In Fine Style: 50,000 Volts of Trojan Records” but the depth of material available provided an opportunity to do another project as Trojan Records approaches its 40th anniversary. Enter “Creation Rebel,” an album described both in the publicity releases and on the cover of the record itself as “Trojan Records re-mixes, re-visioned, re-versioned.” Spooky goes even further in the liner notes: “I wanted to show Jamaica’s relationship to global culture through turntablism, sampling and rhythm science.” In short DJ Spooky is paying tribute to classics of reggae sound and style but presenting them as a modern hip-hop DJ, infusing their art with his own unique musical style.

“Creation Rebel” starts out as turntablist hip-hop on the opening title track thanks to the collaboration of Mad Professor and Rob Swift mixing things up. The heavy bass sounds and layered samples of the Bob Marley “Mr. Brown Remix” are also easily identifiable as part and parcel of hip-hop. DJ Spooky’s approach to production is very similar to Prince Paul’s, with the magic of the mix coming through the wizardry displayed in fusing elements both similar and disparate into audio alchemy. The further into “Creation Rebel” you go the more obvious this becomes, as songs like “Revolution Disco Dub” take a high-powered up-tempo approach to “re-visioning” the Trojan Records archive, turning this reggae into a song which would easily fit the flashing lights and fast pace of a trendy nightclub. The “Under Mi Sensi Remix” of Barrington Levy’s vocals on the other hand immediately ache for a guest appearance by The Game or Fabolous. I’d be shocked if I don’t hear samples of this in a top ten rap hit in the near future. “Freedom Reign” featuring Michael Rose is the kind of roots reggae sound I fell in love with listening to Bob Marley records, while “Soul Rebel Remix” takes that sound and reimagines it as a beat clapping finger snapping style that’s as much pop music as hip-hop. The flipside of that is the “Under Mi Sleng Teng Remix,” which is just as much MC Shan’s “The Bridge” as it is Wayne Smith.

Two things are clear once one is done listening to “Creation Rebel” – it’s clearly Trojan Records reggae and it’s clearly DJ Spooky. The two interweave with each other to a degree you’d have to be a serious scholar of reggae history to seperate the two. Really though why would you want to do that? This is a beautiful mixture of sounds and styles working together in previously unimagined harmony; that is to say, unimagined except by the creative mind of Paul Miller b.k.a. DJ Spooky. Some rap listeners may not be able to consider this a hip-hop record, but leave them to their monotonous Soulja Boy records if that’s what they prefer. This is music ALIVE that breathes and pulses and grows stronger as you listen to it longer, invigorating you with the rhythm of Jamaica the same way Kool DJ Herc invigorated the Bronx and helped define hip-hop music and culture. Don’t confuse DJ Spooky with DJ Envy or DJ Clue – some people simply PRESENT music, othersREINVENT music. “Creation Rebel” is the best of both words in its name – rebellious and creative. This record is thoroughly enjoyable from start to finish.