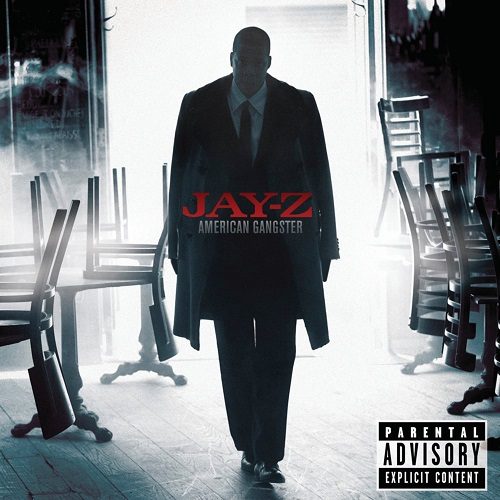 America, I’m going to give you an outsider’s view of your country. Once upon a time I sat on a train from London to Edinburgh (I was going up there for the annual Festival), when a French gentleman happened to sit next to me. Very clever guy, university lecturer. I had been listening to my music player but, out of politeness, took out my headphones in order to strike up a conversation, which we soon engaged in. We talked on all matter of subjects, and the journey flew by; I even shared my lunch with him. One thing he said stuck with me more than anything else, as we chanced upon the topic of America – he said that America was, at the same time, both the best and worst place in the world; that the highs and lows were virtually unparalleled anywhere else on Earth. I thought very carefully about what he said, and, whether right or wrong, I have passively carried his opinion with me ever since. After two hours, he alighted the train at York, the very place that New York – home of Jay-Z – was named after; and, ironically, I had actually been listening to “The Blueprint” before we started talking. Now, York and New York couldn’t be further removed from one another – the former, a small picturesque city, steeped in Roman history; the latter, a young sprawling metropolis where every day is, to quote the subject of our review, “history in the making”. And what “mon ami francais” said about America is going to influence this review and, perhaps, you.

“Say hello to the bad guy, they say I’m the bad guy
I came from the bottom, but now I’m mad fly… “

Before we start the dissection in earnest, I’m going to tell you a secret – you must promise me that you’ll treasure it for the rest of your life. It applies to music, in this instance of course, but much more too, so pay close attention. When appraising an artist on their work, it is best to judge them primarily on what their objectives are. For example, if 50 Cent was trying to heal the world through music, he’d be a failure; if he was trying to make hit records and “get rich,” he is clearly a success. Capisce? Oh also, wherever possible, resist the temptation for judging their objectives, and focus on how accurately the artist is achieving their goal. Now bear in mind Jay-Z’s aim with “American Gangster” – to make a modern day throwback album that compares to “Reasonable Doubt,” both musically and lyrically, as well as conceptually. Add in a healthy disregard for commercial singles, too.

“Rockstar, look, way before the bars my picture was getting took
Feds, they like wack rappers, tried as they may, couldn’t get me on the hook…”

On the lyrical tip, Jigga is reacting to the bullshit raps that are, in his opinion, flooding the market, and this may just be his all-round lyrical peak. While “The Blueprint” was a sonic masterpiece, many (including myself) felt that it was watered down lyrically, even if a few punchlines made it through (“I pack heat like I’m the oven door”); his response the following year was over-compensating on “Blueprint 2”; and while his flow reached what some consider to be the ultimate peak in rap on “The Black Album,” there is a level of consistency on this album that perhaps even Jay himself has never displayed throughout a whole album. Ever. Yes, even his precious baby “Reasonable Doubt.”

“Take what the Forbes figure, then figure more
Cause they forgot to account what I did with the raw…”

You see, his debut, masterpiece though it was, was a calculated risk: Jay-Z was never the kingpin gangster that his rhymes seemingly portrayed. He was actually talking about the music industry, not the drug game – crack was really his crack in the wall; he spied an opening, perhaps created by the success of Raekwon’s incredible debut, “Only Built…,” and saw that rapping about a ki could sell a CD. Thus, it was more or less a speculative punt down the field, which could have bounced either way. And the lyrics give credence to this – listen to RD and then to AG, and you’ll see the difference in an already weary “debut” artist who’s been around the block unsuccessfully, rolling his last throw of the dice, contrasted with a bonafide music industry legend who has genuinely been there, done that, sold the t-shirt empire. To hear him finally make an almost ultra-lyrical album just for you and me, the REAL hip hop heads out there, is something that we thought would probably never happen. He reflects on reality and creates pulp fiction in equal measure, in accordance with a clear narrative arc (no secret, just looking at the track names gives the game away). Punchlines sting with abandon, knocking his rivals senseless before the end of Round 2 – except Nas, of course, who splits the bottom lip “Success” wide open in his usual style:

“Old cribs I sold, I drive by like monuments
Google Earth Nas – I got flats in other continents…”

What of the music? Oh, it is lush. There are no massive radio singles here, not even close. Instead, imagine sweet soul beats individually tailored to Carter, not just looped effectively as on parts of “The Blueprint.” The producers are almost obsessive in their attention to detail, resulting in a magical and undulating soundscape – check “No Hook” (a direct descendant of “You Must Love Me” some might say) produced by Diddy and his in-house production team, LV and Sean C. They take care of virtually half the album with spectacular success, though DJ Toomp’s fine run continues with “Say Hello” which may well be the most aurally pleasing song of the album. Each track has a purpose, even the songs airlifted out of their original environment such as “Hello Brooklyn 2.0”, with Lil Wayne wonderfully crooning about his alleged love for that particular part of NY. What unnerves the most is how effortless Jay-Z makes it all seem – while “Kingdom Come” was a (slightly) underrated LP, with perhaps 5 or 6 songs that were very good, Carter wasn’t inspired by the middling beats he received. Here, no such problems: there are classic cuts to burn, that flow together almost perfectly. The audio stands behind him in an already cramped booth, forcing him to lean viciously into the microphone, and snarl from start to finish. If he takes a step back, he might as well step out of the game. It is mesmerising.

New York, September 11th. In 2001, the Twin Towers were so dramatically and tragically decimated. The political, social and economical ramifications have continued to this very day, in every discernable way, and spread across the world – an event that sparked off the aforementioned conversation between the Frenchman and I. That sad day also gave birth to Jay-Z’s last top album – for although I loved “The Black Album,” in particular the height to which Jigga’s flow reached, it was a touch too truncated in consistency to compare to “The Blueprint.” September 11th, 2007: my review of Kanye West’s latest LP, “Graduation,” was first published on this very site. I gave it a total of seven out of ten, and copped a bit of praise, a lot of heat from angry Kanye fans. Well, dear reader, this review is my riposte. The difference between “Graduation” and “American Gangster” is the difference between the merely “good” and the effortlessly “great.” I wanted to give a score that really meant something, that reflected the album’s impact – not just on the first week’s SoundScan figures, but on the hip hop game itself. Believe me, this is the album that Jay-Z has been waiting, nay, yearning to make for nigh on a dozen years now. The absence of commercial singles and catchy choruses somehow makes me respect and love “American Gangster” even more – it feels as though Nas has got in his ear and told him that the streets is watching. Jay responded. To call this an album would do it a great disservice, for it is, really and truly, an experience. Look into the dark heart of this opus, and you will find a liberated artist succeeding in precisely what he wants to achieve. And thinking once again about what that French lecturer told me on that train to York: if America truly offers both the best and the worst of what this world has to offer, then this is the very best describing aspects of the very worst.