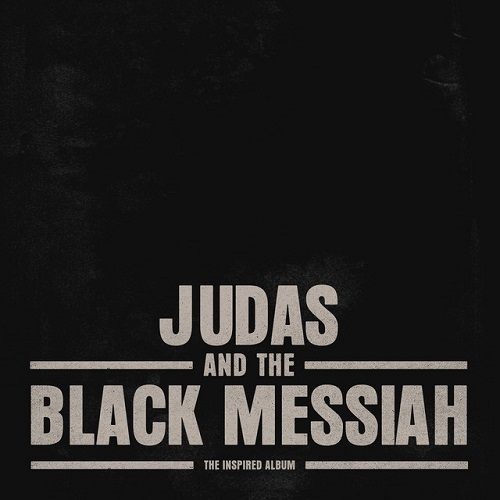 Judas and the Black Messiah :: The Inspired Soundtrack

Earlier this year, the Shaka King-directed “Judas and the Black Messiah” was aptly released during Black History month along with its accompanying soundtracks. The film is an autobiographical account about the betrayal and subsequent assassination of Fred Hampton, Chairman of the Black Panther Party in late 1960’s Chicago, by one of his own members, who also doubled as an FBI informant. The film received accolades and much critical acclaim for its directing, acting, and for both its unflinching portrayal of and attack on racism in America. The issuance of the film came at a time when America had elected a vastly new president and when race relations in regards to African Americans further descended. So, it was important that one of the soundtracks contain songs that were about and inspired by the movie. Not just important, but essential. It’s rare now that you can find a movie soundtrack with myriad artists who were actually inspired to participate because of the movie itself, it almost makes the soundtrack a concept album. With the soundtrack to “Judas and the Black Messiah”, nearly every track has a piece of Chairman Fred’s soul within.

“The Inspired Soundtrack” is mix of new hip-hop and R&B tracks, mostly of the former. To start things off, Chairman Fred’s son, Fred Hampton Jr., begins with a soulful spoken word entitled “Cointelpro/Dec 4”. Much of the production has a very Marvin Gaye “Inner City Blues” type of backdrop to them, with the drums being the most familiar parts. Singer/songwriter H.E.R.’s voice highlights the social commentary sung in the Oscar-winning single “Fight for You”. The first hip-hop song in the track list belongs to Nas on “EPMD”, and he flips EPMD’s “business” motif to show unchanging affairs in America, be it with the mafia or with activists. Mr. Jones laments the lack of enterprising with “It was ‘go get it’, now it’s ‘gimme!’” Beatmaker Hit-Boy has a noticeable presence on the album, not just in producing several tracks (including “EPMD”), but also for how he comes in on the mic from beyond the boards and even provides a melodic hook on “Broad Day”. There’s singing and a clever play on words on Smino and Saba’s “Plead the .45th”; Black Thought takes us on a tour through America on “Welcome to America” where you must “keep on runnin if you’re Black”; while the late Nipsey Hussle tells us the reality of being a Black man in America with an assist from Jay-Z on “What It Feels Like”:

Jamaican crooner Masego enlists some down south help with rappers JID and Rapsody on “Something Ain’t Right”, with the former emcee having rapid tongue-twisting rhymes. It’s about corruption, and Rapsody makes her points through her wordplay. Possibly inspired by the film’s scenes of Chairman Fred and his wife early in their relationship, B.J. the Chicago Kid croons some affectionate lyrics on the self-produced “Letter 2 U”. He, along with the next several rappers, are from Chicago and their inclusion is a nod to Chairman Fred’s city. Lil’ Durk’s track “On Your Mind” has an Autotuned hook and too many high-pitched vocal samples that prevented me from enjoying it. White Dave utilizes an 808 beat on “Appraise”. G Herbo’s flow goes good over the horn-laden trap beat on “All Black” while the next three tracks (two from fellow Chicago natives) follow the trap production trend. Nadro Wick’s “I Declare War” could’ve been a generic trap song, only its sound build-up coincides with the title. “No Profanity” by Memphis emcee Pooh Shiesty contains actual vocal samples from Chairman Fred with Pooh’s southern drawl all over the piano-driven trap beat. Polo G’s “Last Man Standing” is the more poignant racially of the three, about becoming a martyr if needs be.

Dom Kennedy’s “Respect My Mind” is more braggadocious than anything. While the track may have been inspired by the film, it certainly doesn’t have the same solidarity of social issues with any of the previous tracks. “Rich Nigga Problems” by A$AP Rocky follows the same format. The latter track contains vintage sampling which switches to trap snare patterns, but the lyrics also are like Dom’s: Defending materialism under cloak of the trials and tribulations faced by affluent Black Americans. Both consequently seem out of place on the soundtrack. G Herbo returns on “Revolutionary” and this is a serious breakaway from the last several trap beats. The soul-sampling beat really brings the album’s theme back on track, so to speak. Safe and Kiana Ledé’s “Contagious” has atmospheric vocals throughout, including the hook. “Teach Me” has a jazzy bounce to it, and is more upbeat than the other tracks with a horn & organs playing. SiR sings in the role of a student wanting to learn from someone who knows how the world works. There’s an instrumental outro which lasts a little over a minute before giving way to the album closer “Black Messiah”. In it, Rakim provides a lyrical biography of Chairman Fred and, in the process, gives us the song that fits the album the best:

The last soundtrack for a motion picture with a predominantly Black cast that I dropped money on was for “Ali” back in 2001. Much like the subject of this review, the inspiration of the artists on that soundtrack made it something of a concept album as well. I’d say the cons of “The Inspired Soundtrack” is that some tracks, much like movie scenes, could’ve simply been left on the cutting room floor since they don’t belong. However, their inclusion highlights the more quality songs on the album, the ones that coincide with the movie’s themes, ones which still are fought against in the present day.