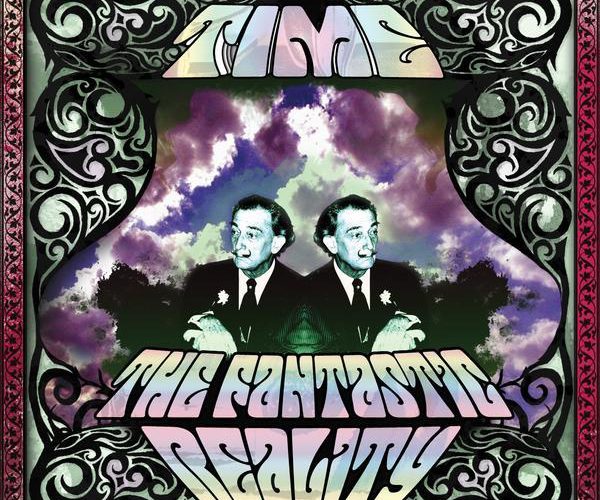 Not long ago this publication experienced a little back-and-forth of opinionated mails initiated by a frustrated rap entrepreneur standing up for an artist of his that I had criticized in a review. Suspicious of my credentials, he searched the site for other reviews written by me and came across an album he could listen to at indie distributor www.CDBaby.com. To support his notion that such a critique couldn’t have possibly come from ‘a real hip-hop head,’ he compared lyric quotes I had transcribed of both rappers and the respective ratings I gave them. He came to the conclusion that several subjects of favorable reviews of mine would not even come close to being on his artist’s level – ‘lyrically, delivery-wise, wordplay or any other comparison level.’ To explain why it makes little sense to play reviews (and subsequentially albums, and ultimately artists) off against each other would go beyond the scope of this write-up. Critics can look for all sorts of things, but what it essentially boils down to is did the work of art keep us interested? Often our own prejudices and predilections will get in the way because we’re not all interested in the same things, but with just the right mixture of open-mindedness and scepticism we’ll hopefully give any record a fair treatment.

Recalling the aforementioned e-mail exchange, I have a feeling that from the label rep’s perspective, any kind of props that I might give the artist who is up for discussion today, Time, would be a complete waste of – no pun intended – time. Because Time is admittedly a bit out there. Which is also the reason why I am genuinely interested in where he is going with this. On “The Fantastic Reality” Time creates a parallel universe where “there’s no hoochies, only women / the fish can fly and the pigeons are swimmin’,” where “the drinking fountains got green tea” and “the fire truck’s soundin’ lullabies,” where “nobody cries” and “you never grow old,” “where everybody has a lover and a matress,” where “it’s rainin’ earthworms, the soil is pushin’ up babies,” and our hero enjoys “good food, music and literate ladies.” Oh, and “no cuss words here, just gosh, darn and gee golly.”

“If I Ruled the World,” Kurtis Blow and Nas both once imagined, envisioning a world where things would go their way, to the benefit of all mankind. Before he conjured up a “Gangster’s Paradise,” Coolio took us on a “Fantastic Voyage” to a place where “everbody got a stack and it ain’t no crack / and it really don’t matter if you’re white or black.” It is not unusual for rap to create a realm that seems to exist outside of reality yet all the more recalls reality. In the 1980s, “The Message,” Melle Mel and Duke Bootee’s pioneering reality check, described how things were, whereas “I’ll Take You There,” Big Daddy Kane’s sighting of the promised land, described how things ought to be. Both songs dealt with reality, one by depicting the ghetto, one by painting a utopia. Some would even argue that rap music, by constantly exaggerating, does not so much obscur the real world as it sharpens the focus on existing conditions. And yet rap music’s escapist drive is undeniable. Ask any rapper, ask any fan, they’ve all found themselves in situations where rap has been their mode of transportation to a place that was decidedly not the here and now.

From the suburban teenager who lives vicariously through the urban hustler to the hard-working woman who enjoys being courted by a club song on a night out, people use rap songs as a form of escape all the time. In fact, as early as 1984 rap expressed the need to get away with Whodini’s “Escape,” where Ecstasy says, “There’s only one way for me to have peace / and that’s for me to go out and rock the beat.” Those blessed with a vivid imagination can make up their own alternate reality, and that’s what Time, fulfilling his foremost role as an artist – as a creator – does. Imagine a world where Mila Kunis is Time’s groupie. (I guess she had it coming with a name that rhymes with groupie.) Or, for more cultured references, Time one minute can be spotted “with James Joyce in a Rolls Royce / next to Bukowski with the whiskey voice,” the next “hitch-hikin’ with Kerouac,” who just so happens to bump Time’s latest tape. Believe it or not, there is such a place, and it’s called Fantastic. Up until now it only existed in Time’s head, but with the release of “The Fantastic Reality” it has taken on musical and lyrical form.

Time certainly isn’t the first rapper to fantasize big time, but he might just be the first to attempt to literally keep it surreal. Appearing after World War I, surrealism took up the theories of Freud, suggesting that the actual reality of a person lies in the subconscious. Surreal art makes use of dreams, narcosis, sleepwalking, hallucinations, hypnosis, and any other altered state of conciousness. Time puts it this way:

Spanish surrealists Salvador DalÃ­ and Luis BuÃ±uel are two key references Time drops on “The Fantastic Reality,” even dedicating a song to them with “Images of Two Dead Spaniards.” It is easily the most graceful composition of the album, backed by an epic beat many a street rapper would envy him for. Mentioning names like Matisse, Chagall, and Rousseau, Time’s imagery here seems to be inspired by actual paintings.

Not sure how it ties into the Fantastic theme, but plenty other songs do, from the introductory “Welcome to Fantastic” to “It Was Fantastic,” where Time concludes, “Now I must leave the most beautifullest reality.” One thing about Fantastic, you have to check your ego at the door, which is pretty significant considering Time does rap, where a big ego normally guarantees admittance. “Paradise is what this seems to be / Throw your ego off the cliff and leave it be,” he promotes his sanctuary. But how does Time get to Fantastic? He isn’t too clear about it. “325 Fantastic Milligrams” seems to allude to some little helper, while the following “Purple Perved Dog” exclaims, “Imagine it, this much fun without a spliff,” “this much fun and no liquor.” Then there’s the psychedelic “The Lightswitch,” where he instructs us to “blink once – it’s purple, blink twice – it’s yellow, blink 3 – it’s green / If you got a lightswitch, then you know what I mean.” (Unfortunately I don’t.)

In another song Fantastic becomes synonymous with music, Time calling them both his refuge. If that all sounds too bizarre, reality does seep in every now and then, like when he declares early on, “I’m not gonna lie, I wanna be richer than my mom / I wanna quit my job, I want your girlfriend to know my songs.” Or when he professes on “Unusually Beautiful” (the most nerdish raps ever set to blaxploitation funk), “I like girls with sweat pants, glasses and acne / cause you’re the ones less used in this Midwest trash heap.”

But how does all this translate musically? Weirder than any irrational, illogical, illusionary lyric is probably the fact that the album starts out on some old school E-40 “Mr. Flamboyant” type shit. Purposely or not, the white 22-year-old from Denver recalls Bay Area mob music again on “Fatnasty,” a funky, slowly thumping, synth- supported singalong with the Dirty Laboratory crew getting their Fantastic grub on. “It Was Fantastic” is a subtle serving of neo- soul, “Ginger’s Drumming With Celery Sticks” has a strain of ’80s new wave in it, “The Unspeakable Genius” sounds like something Brotha Lynch Hung could flow over, and “You’ve Never Seen a Place Like This Kid” emits doo wop warmth.

It’s quite a trip, but executed with a certain amount of expertise, although clearly Time is not what most people would call a competent MC. For an emo rapper his delivery rarely is serious enough, and once too often his diction drops to an unintelligible babble. While most songs are of the stream-of-consciousness variety, he can get to the point, such as on “My Fantastic Country,” a sarcastic commentary on the state of the nation, or on “Lollypop Jawbreaker,” a metaphorical vision of girls as candy, not that far from what a Ghostface or a Lil’ Wayne come up with.

There are moments when Time has a lot in common with artists like Andre 3000 or Mac Dre. While it can be refereshing to follow a rapper who admits he doesn’t know where he’s headed, not everybody will muster the patience to stay with him for the entire trip. If surrealism intended to shake up the status quo, then I guess you could say “The Fantastic Reality” succeeds in irritating the average rap listener. But most artists that Time name-checks would probably feel uncomfortable in his happy, head-in-the-clouds Disneyland of a dream world. Only towards the end the album Time finds a vocal maturity that matches the emotionality of the beats and/or the rhymes in songs like “This Is the Happiest Song That I Ever Did Wrote,” “Billy Tha Fantastic Boy Wonder,” or “Walk With Me Galaxy.”

Time is right when he says that his songs make little sense, yet as a whole the album unveils a man looking for redemption, as he repeatedly bans the feeling of guilt from Fantastic. (Sounds like heaven for a hustler.) “The Fantastic Reality” goes definitely deeper than mind-bending and art references, but Time avoids baring his soul for the most part. Maybe he should have gone for a truly surreal rap album that would defy logic and interpretation. Instead “The Fantastic Reality” consciously creates an ideal world where the protagonist is in control of his own destiny, not unlike most of today’s best-selling rap albums.