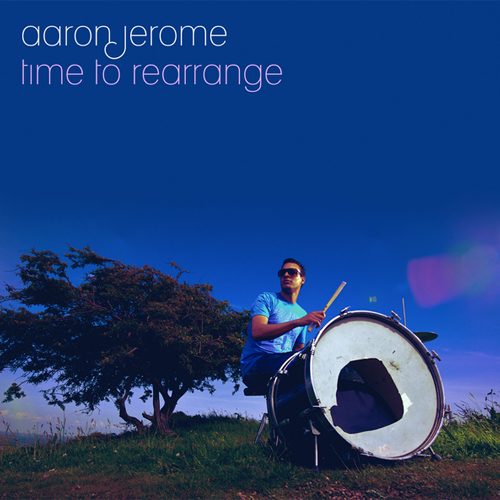 It’s no wonder that the label BBE, which houses many soul music-inspired producers (DJ Jazzy Jeff, Pete Rock and more), would argue that this is “the age of the producer”. It is a difficult notion to argue, as multi-taskers like Kanye and Timbaland drop some of the best and most popular albums in recent years. More in the vein of fellow UK based producer Mark Ronson, Aaron Jerome joins the fray by bringing forth his debut solo album which often strays from the hip-hop genre label placed on it. One could easily argue the disc to be as much an electronic composition or jazz piece, but there is no denying that it is a smooth work of art.

“Time To Rearrange” is an instrumental mashing of music that enlists the help of fairly unknown vocalists. There is no artistic crime worse than ignoring progression and change, an ideal that Aaron embodies with every boom bap of his drums, key strikes of his electric piano, horn sampling and more. After popping in this introductory journey by the featured artist, you (as the listener) will learn immediately realize the deep thought put into the LP.

“Dancing Girl” stands as the first single on the album, and deservingly so. Mozez, the featured artist unveils haunting vocals that fit the meandering acoustic backdrop impeccably well. Some of the surface lyrics imply the deeper poetry offered by the effort:

“I saw a dream last night
Felt like a falling star
And the source of light
Seemed near, yet so far

I thought I was in flight
Right where the planets are
Moving between day and night
Here am I, there you are”

The light vocals and harmonizing sound more like singer songwriters Jeff Buckley or Nick Drake, more so than anything you would normally hear on a rap album. Near the middle, the song endures a tempo change and soaring electronic sounds, as if it is just a necessary interlude to the epic track.

The following track is another snappy, jazz tune entitled “Angel Lady” featuring Andreya Triana. The helping hand in this case sounds like the wonderfully melodic Corrine Bailey Rae. The track seems to speak to a motherly figure, who the singer asks achingly to bind her into her arms. This one is another winner, indeed.

Thankfully Aaron Jerome’s days as a DJ have brought him an assortment of talented friends, not that his beats do not suffice on their own, but the contextual element added by Kathrin De Boer on “Reason” and “Blow Your Own Pt. 2” are invaluable. She sounds more like an old school songstress, in the shadow of Billie Holiday.

There are honestly too many tracks to gush about (as I find myself mentioning them in chronological order) between the floating sonic soundscapes of cuts like the grand opus “Misunderstanding” and the electronica-infused waves offered on “Silent Suffering”, the album mostly soars.

Where it is very easy to recommend “Time To Rearrange” to a music fan, it is equally difficult to recommend it to the average rap fan, given that the album is not justifiably described with that heading. The purely instrumental tracks will test the patience of some, especially since songs like the title track are amongst the worst on the album, and some of it may simply be too derivative for the closed-eared. Finally, “The Way Of Life”, a mockery of America’s misuse of power might offend those that are ethnocentric to the point of ignorance, here in the states.

Maybe not for hip-hop; but for most R&B, soul and rock music it might be a good idea to start looking overseas. Mark Ronson has a new competitor from South London and his name is Aaron Jerome. BBE continues to offer us some of the best production based albums every year and the start of ’08 continues to meet that standard. Check it out if you want to hear some progression, innovation and good music.