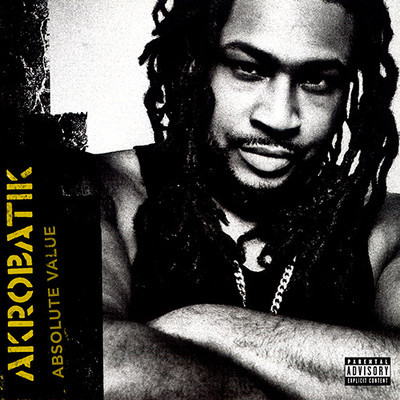 “Witness the reappearance of your radio interference
I’ve been given clearance to smash the airwaves
of these program directors and all of their slaves
I’m sendin ’em to their graves
My indie hustle got too much muscle for them to even try an’ tussle
As we struggle through the jungle I’m pullin you out the rubble
I’m trouble with the lyricals, somethin like Je-sus with the miracles
I can’t turn water into wine
But I can drop a hard rhyme that’s slaughterin your spine
Calm under pressure like Tom Brady, 4th and 10, runnin short of time”

Perhaps Akrobatik would like to rethink that analogy given the results of Superbowl 42. Then again you can hardly blame the Boston native for being loyal to the New England Patriots. In fact as hip-hop heroes go Ak is as unapologetically loyal to his native soil as Common is to Chi-Town or Jay-Z is to New York. Far from making him too local for a broad hip-hop audience, it’s drawing inspiration from his local culture that makes albums like “Balance” speak with universally broad appeal – he loves his hood like you love your own. Jared Bridgemen uses a heavy vocal tone and fluid metaphorical delivery to draw pleasant and well-deserved comparisons to other East coast underground heavyweights from J-Live to J-Zone, combining humor with hardcore hip-hop to celebrate the indie rap aesthetic while not being afraid to poke fun at its own pomposity.

“Absolute Value” picks up where Ak left off on the critically acclaimed but sadly underrecognized “Black Dialogue” supergroup LP. Far from abandoning those contemporaries, Mr. Lif can still be found rapping on “Best Mode” while Fakts One provides the beat. Stripped down to claves and drums, the song is pure rap skills at their most visceral and enjoyable, giving Lif and Ak the breadth to rip the track. As often happens though it’s Ak who steals the show:

“Keep the peace while I’m freein the beast
The album set for its US and European release
I make you bounce just like a street hustler seein police
When Akrobatik’s in the place the whack MC’n decrease!
(PERCEPTIONISTS) Regulator with some shit you’ll never hear on no elevator
Creators and devestators, you know we’ll never hesitate
to leave you surprised with, that hip-hop hybrid
Now open your eyelids, to fly shit!”

Collaborations are plenty and welcomed on “Absolute Value” as Akrobatik is picky about his beats and guests, insisting on nothing but the best. The late great J Dilla supplies the backdrop for “Put Ya Stamp On It” while Talib Kweli drops in for a cameo while Akro brags that he raps like Rey Mysterio wrestles, “6-1-7 to the 6-1-9, chicks ‘pon heaven when he kicks one line.” The only thing Illmind wrestles with on “Kindred” is your emotions, as Chuck D provides an introduction that sets the tone for Ak’s serious rap. “Soul Glo” funks it out with help from Da Beatminerz, while the title track is a punchy affair that cold cocks you with rights and lefts from J-Zone. By the time Therapy brings it “Back Home to You” on the smoothed out finale, the musical journey has touched almost every facet of your emotions, and Akrobatik isn’t afraid to touch the remaining one by opening up his heart:

“We ain’t goin out like Jessica and Nick Lachey
Because people always be havin bullshit to say
And I ain’t worried ’bout no number one hit today
I’m just writin this to say, good lookin out
Thanks for gettin my back even when I was actin whack
All depressed, and talkin ’bout quittin rap
My fans don’t know it but they owe a lot to you”

To Akrobatik’s girl, THANK YOU. Much appreciated for keeping his head screwed on straight at times when he might have given up on rap due to dissapointing sales and lack of recognition for his talents. There’s plenty to thank Akrobatik for on this album, from the soulful “Rain” featuring Brenna Gethers to the underground banger “A to the K” featuring B-Real quoted in this review’s opener. Despite how frustrating Akrobatik’s long years of paying dues in hip-hop have to be, the title “Absolute Value” is apt because Jared Bridgemen will bridge no compromise in quality to his hip-hop. Everything Akrobatik does is absolutely solid, absolutely honest, and absolutely refreshing. Even though it’s only February “Absolute Value” is already a solid contender for the best albums to come out in the year 2008. Every unit sold pushes hip-hop one album closer to absolute dopeness.