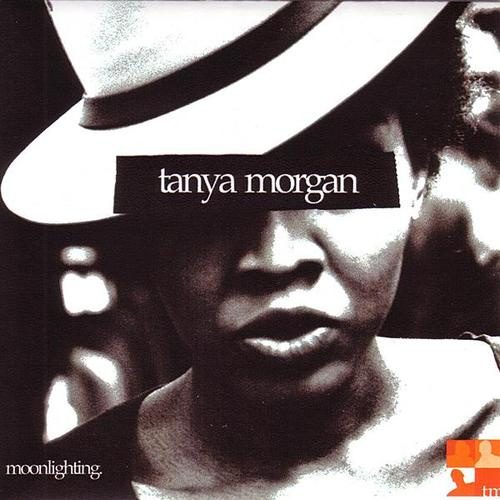 “The last time Brooklyn and Cincinnati got together, a classic was made.”

First things first: Tanya Morgan is a rap group, not a neo-soul singer. The confusion is intentional, by the way. MCs Von Pea, Ilyas, and Donwill saw rock acts naming themselves after women, and thought what’s good enough for rock is good enough for hip hop. They’ve spent most of their career dealing with confusion over their name, but I think they secretly like the aura of mystery it gives them (their new mixtape is titled “Tanya Morgan Is A Rap Group”). The trio was born over the Okayplayer message boards, and the early work of the Cinci/BK duo took place emailing mp3s and instant messaging. Their debut, “Moonlighting,” came out in 2006 to critical acclaim among those in the know, but left the trio in relative obscurity. I read about them in Chairman Mao’s column in XXL in ’06, and I spent a lot of time since then checking the record stores for their debut, before finally downloading a copy from Emusic.

It was worth the wait. The album starts off with a skit of a guy being talked into buying a cassette version of “Moonlighting” at a record store. In then goes into “The Warm Up.” Over a lazy beat with blues guitar and blaring horns, TM introduce themselves to the world. The song has a loose, friendly vibe, as if they were just kicking rhymes in their bedroom and decided to hit record. Von Pea’s verse demonstrates both his skills on the mic and the humor that runs throughout the album:

It’s funny, clever lines like that that make “Moonlighting” such a great listen. TM are funny dudes, and constantly drop inside jokes. “Ode To Tanya” sees all three MCs slagging each other off in an attempt to score with the fictional Ms. Morgan. Their humor is reminiscent of De La Soul, no surprise since they list “De La Soul Is Dead” as one of their favorite albums. Even the skits on the album are funny, as different listeners try to unload their TM cassettes onto unsuspecting record store shoppers.

“We Be” features a chopped up soul sample that sounds a little like Madlib’s work with Lootpack. Like De La, Lootpack are another reference point for TM, along with Little Brother, Jurassic 5, and Slum Village. That isn’t to say that Tanya Morgan copy any of those groups, but they do form part of the same continuum. They look back to the golden age of hip hop while revamping it and upgrading it for the current era. They are also content being geeky; while other rappers relentlessly try to prove their street cred, Tanya Morgan rap:

“All I really want to do is get a chick from MySpace
To freak off on the first date like Blind Date
You ain’t hardcore, you just sell crack cuz you ain’t made Job Corps
Furthermore, I never heard a more school version of real
You a player but you don’t have no endorsement deal”

They lob their barbs at other MCs with a casual confidence, managing to sound as good on the mic as they brag about being. Almost every track on “Moonlighting” offers the perfect antidote for mediocre commercial rap. The beats are as strong as the lyrics, with Brickbeats and Von Pea splitting duty on the boards. The album only misfires twice, first on the reggae dud “Just Cuz I Got Locks,” and then on the faux-street “Rough U Up.” I’m not sure if “Rough U Up” is meant to be a joke or if it’s serious, but either way it’s pretty terrible, and sees the crew doing the very kind of crappy hip hop that they successfully dis on the rest of the album.

They make up for these missteps with the last four tracks on the album. “Pretty” samples a soul remake of “Oh Pretty Woman,” and mixes it with a little “Poison,” while Von Pea spits lines like “She was walking down the block with her hands in her back pocket/I would pay fifty grand just so I could be that hand.” “Hooks” is another dis track set to a brilliant guitar loop; “Want U to Want Me” is a love song set to a mellow, trippy beat; and “We Bad” chops up a funk track as TM declare “we’re not bad meaning bad but bad meaning good.”

That’s the best way to describe this trio: bad meaning good. Since “Moonlighting” was released, they’ve done a couple mixtapes and an EP, and host a regular podcast, Lessondary Radio, which features excellent hip hop. It is as if they were on a one-band quest to keep hip hop real, and succeeding in their own way, “Moonlighting” is an underrated gem that deserves to be in your record collection.