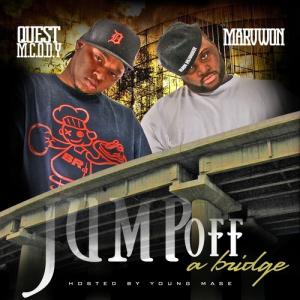 Rap battling done changed. If anything should be said, it’s that the most combative artform this side of jujitsu has been almost completely altered from when Craig G and Supernatural first took it global at the Rap Seminars back in the mid-â€˜90s. It’s even seen evolution in the short time since Rhymefest earned national acclaim after he won the infamous Scribble Jam battle in Cincinnati back in 2003.

Look at JumpOff TV’s World Rap Championships for example. The tag-team lyrical beatdown, which just finished its second season in January, had emcees from Toronto to Melbourne, Australia, competing for a $40,000 prize and the love and adoration of internet rap geeks everywhere. Now, since I didn’t have a TV in my dorm room, this quickly became my favorite show. Everyday, as soon as I got back from classes, I sat down to watch such teams as Illmaculate and The Saurus (who took home first place for the second year in a row this season) run through the finest freestyle competition that the West Coast had to offer, as well as learning about the true dopeness of London’s scene while viewing Arkaic and Eurgh hold their own against some of the best America has to offer (they got jerked in the semifinals, too… hope I didn’t ruin anything for anyone).

But by far, my favorite team in the whole competition was Quest M.C.O.D.Y and Marvwon, the winners of the Detroit division. They were easily the most entertaining – if not the best – duo in the competition. Their punchlines and comic timing were hilarious, and even when they weren’t trying, they still Godzilla stomped (word to Flash) every team that they faced. Not only that, but after subsequent trips to their respective MySpace pages, I discovered that they also made some of the best music out of all of the emcees in the JumpOff universe. So when they announced that they were making a mixtape together – humorously titled “Jump Off a Bridge” – I immediately put down my five bucks from PayPal to cop that ish off their MySpace page. And I must say, I wasn’t disappointed.

The 20-track collection begins with a guitar-laced banger simply called “The Introduction,” where Marv and Quest trade vicious bars with a laidback demeanor that never falls offbeat:

Marv: “Give me sixteen bars, I’ll show you I’m a king
A pristine star, I’m the overlord of clean
Niggaz debated, we took it in stride
Then they started hatin’, and never shook up our pride
Young Kevin Bacon, look in a nigga’s eyes
Six degrees of separation from us and where you reside
I want you to find the highest bridge you can find
Say your Hail Marys, get right before you climb
Then jump off that bitch, let’s see if you survive”

Quest: “Let’s you and I try suicide, and you will die
Cuz you a lie, and dude’ll fly, the truth survive
I’ma ride, and you’ll dive, while still alive
Besides, you a corpse, just deprived of your mind
Now let your body meet your conscience on the open side
Walk a spirit to the gates, where the light is blind
Where they crush you, only starrin’ where your eyes aligned
Shoulder-to-shoulder, you’re beholden inside the lines
And you will find that off that bridge, I am the guide”

This, however, is only a preview of what is to come: Marv and Quest run through a gang of dope instrumentals, whether original (from the Dilla-produced “Get Up” to Vaughan T’s “Rite Back”) or jacked beats (“Success,” “I Get Money,” “Cry Now Freestyle”). The duo shows the best chemistry over 50 Cent’s “187” instrumental on “Jumpoff… My Dick”:

Marv: “Haters come a dime a dozen, I got a dollar-fifty
I try to keep tabs on everybody I got with me
Conspiracy theorist, everybody’s out to get me
It ain’t always the ones who look shady and shifty”

Quest: “This rap shit’s a nuthouse, niggaz is crazy
Not enough M-Bleeks, too many Jay-Zs
Put your cash money up, too many Babys
Cryin’ cuz they broke; Why? Too many lazy”

On the solo tip, it’s clear that these cats are as polished as solo artists, if not more so, than they are as a group. Peep Quest M.C.O.D.Y’s Motown ode “Detroit City (That’s Where I’m From),” which finds him giving a concise history of the city over an infectious guitar-driven instrumental. Marv’s joints, such as the aforementioned “Rite Back,” seem to be pure swagger and punchlines, and the beats backing him are raucous, pounding joints that keep your ears open the whole time.

Of course, over twenty tracks, the tough talk and flossin’ wear thin, but you are constantly reminded that this is, in fact, a mixtape (and audibly reminded, as well – somebody PLEASE get DJ Young Mase some Ritalin), and a damn good one at that. So if you wanna support some local emcees that are about to go national, Marv and Quest are as good an investment as any hungry rappers on the grind right now. Hit up their MySpace and cop this ish. If you don’t, well… you might as well take a leap from the nearest ledge for missing out on two of the dopest battle emcees in the game.