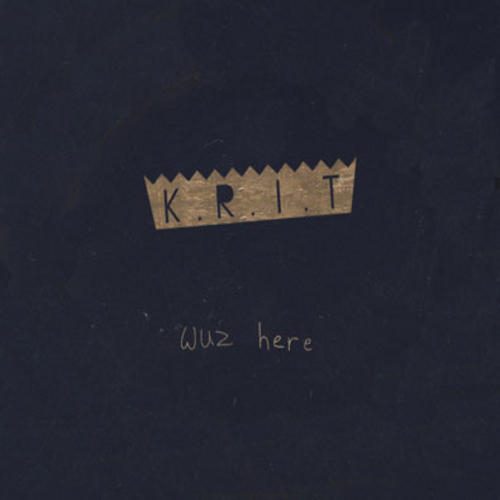 I recently went down south to attend my family reunion in Choctaw County, Alabama. While we could easily head about fifteen miles east towards Butler to do some grocery shopping at the Piggly Wiggly or grab a burger at Hardee’s, the real action is out west. The county is right on the state line so as you drive down AL-10 West, you cross the Mississippi border and it becomes MS-19 North. After passing through towns with names like Whynot (the birthplace of David Ruffin), Causeyville and Vimville, you’ll wind up in Meridian, aka The Queen City, aka The King City, aka K.R.I.T. Kountry. This is where all the malls, resturaunts and all the entertainment are located. If you’re really adventurous, you can keep going and you’ll end up in Philadelphia…Mississippi, that is, where the casinos are. Not to mention that when you hit Meridian, you can finally get a 3G cellular signal. For those who are curious, K.R.I.T. is an acronym that stands for King Remembered In Time. He has been working on his music since around 2003 , including a trilogy of “See Me On Top” mixtapes. With K.R.I.T. being from Mississippi, it is hard to resist the temptation to compare him to David Banner, but he also seems to channel other southern heavyweights such as Pimp C, T.I., and MJG in his rhymes.

“K.R.I.T. Wuz Here” opens with “Return of 4eva” which features his partner in rhyme, Big Sant and “Country Shit.” The latter is an 808-driven ode to all things country. You know, that “old school. pourin’ lean, candied yams and collard greens…pocket fulla stones, ridin’ clean.” All of that. The adrenaline that “Country” builds up goes over the edge by the time “Just Touched Down” starts to play. A track that will definitely motivate more than its fair share of listeners to exceed the speed limit and swerve from lane to lane. “Hometown Hero” examines the ascension from nothing to something, and some of the perks that come along with it, as he raps:

“What you expect when you ain’t had shit
And they ain’t payin’ half of what you askin
Couldn’t see the pussy, even if it’s Cassie
Now the hoes is down for takin’ pictures ’cause ya flashin’
You can’t even imagine, maybe Kim Kardashian
Number one song and a Grammy, now I’m smashin
Maserati crashin’, swervin’ through the traffic
Wrap it ’round a pole, sell a million from the tragedy
I defy gravity, higher than I have to be
Talkin’ to the Lord…I can’t stay, who gon’ save hip-hop after me
That’s like a torn ACL to an a-th-lete
Boobie Miles, Friday [Night] Lights, capture me”

The sequencing of tracks on “K.R.I.T.” works really well for most of the project. “Hometown Hero” is followed by “Viktorious” which is then followed by “See Me On Top.” “Viktorious” touts a minimalist piano loop, some rapid fire delivery and a convincing argument about whether or not Mississippi had any type of run like other states such as Tennessee, Alabama, Texas or Georgia experienced. Currensy and Wiz Khalifa join in on the fun and spit a little game to the ladies on “Glass House,” but it’s K.R.I.T. who gets right to the point: “Is you fuckin’? Is you suckin? I was wonderin’, cause if you not, don’t be pushin’ on my buttons in my Cutlass…unless you cuttin’.”

While the opening songs may seem like typical southern rap fodder on paper, it would be a discredit to K.R.I.T. and a disservice to hip-hop to judge him based on a few songs. “K.R.I.T. Wuz Here” dares to journey beyond that threshold with songs like “They Got US,” “Good Enough” and the stellar “Children of The World.” Searching for answers in the midst of adversities and atrocities, K.R.I.T. nails it, as he raps:

“And they wonder why we bang, ’cause the police do the same
That’s the only rival gang
I’m just sitting here, praying to my father
Tired of today, forever scared for tomorrow
Where’s a cell I can borrow, ’cause livin’ ain’t cheap
I dropped outta school, Pops, ’cause college ain’t free
‘Cause college ain’t me, sittin’ in the class
Questions rushin’ in my brain, but I’m too proud to ask
Take it all in stride
Teacher talkin physics, but I just wanna be fly
What good is a degree when it’s no jobs to apply
And fast food won’t do, ’cause you overqualified
I’m feelin like hustlin’
I’m tired of the food stamps and budgetin’
Runnin’ in so much work…the school bus it in
God and our wrists, the only things we be trustin’ in
If all else fails, I’m in a casket like ‘Fuck it then’
Either get rich or die po’
Nigga fell short and got jammed but he tried though
I’m pretty sure my first word was ‘Survival’
Looking for the answers to my questions in the Bible”

The soulful, “Something” sticks out as one of the superior tracks towards the end of “K.R.I.T.” Devin the Dude makes an appearance on “Moon & Stars,” which could be mistaken for a typical rap love song, but upon a closer listen to lyrics like “I’m gon’ stretch that pussy out ’til you can drive a truck up in it,” that theory gets tossed out the window. The tape starts to wind down with “I Gotta Stay,” “As Small As A Giant” and “Voices.” K.R.I.T.’s crooning on “Stay” once again reminds me of Pimp C as he makes his peace with loss.

As “K.R.I.T. Wuz Here” closes, many may wonder just exactly which K.R.I.T. is the real deal. Personally, I think that it all encompasses the M-Town native. Although from a distance he may sound like what most would consider the typical southern emcee (not an oxymoron, btw), I feel that the statement K.R.I.T. is making is one of “Don’t pigeonhole me.” His ability to play both sides of the coin is similar to how David Banner was able to drop “Like A Pimp” and follow it up with “Cadillac On 22’s” or how T.I. dropped “24’s” and then released “Rubber Band Man” and “Let’s Get Away.” Shortly after the release of “K.R.I.T. Wuz Here,” our “Hero” was signed to Def Jam. It’ll be interesting to see where his career goes from this point. If cultivated properly, I really think K.R.I.T. could be the next big thing and perhaps we’ll see him on top after all.