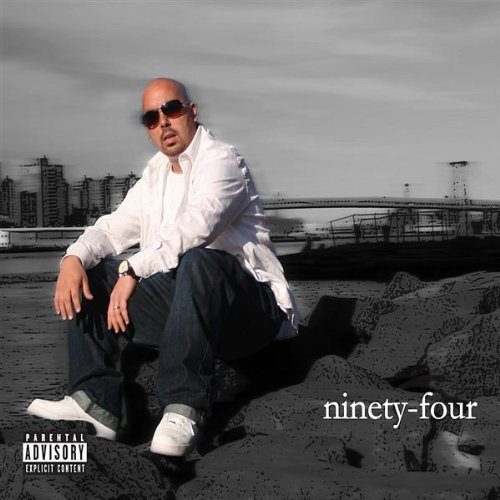 Despite such a terrible moniker, Bugzy Bogart has built a moderate success in the shape of his label, which has released its fair share of material in recent years. This rapper turned CEO is now stepping back into the booth to simultaneously remind us that he still exists and to say good bye as he hangs the mic up for good. That’s not really much of a story or anything new, although the retirement villages clogging up with half Hip-Hop’s roster might be. Although he’s far from a household name Bugzy has managed to collect some heavy underground help on this CD with all three of the guests being recognizable to most who’ve kept one ear to the underground over the last decade.

Bugzy himself handles vocal duties unassisted much of the time and is never in danger of embarrassing himself. He’s a competent rapper whose flow borrows touches from Big Pun, Jay-Z and, all delivered in a suitable NY twang. While his style isn’t going to put him on the map but a strong sense of his own identity in his lyrics avoid him coming off as just aping the greats. At the end of the day, if you are going to emulate someone you might as well aim for the best, plus I doubt there is a young emcee in the game these days who doesn’t include Jigga as an influence somewhere on his list. Although his lyrics are commendable for their honesty they’re not terribly memorable. It seems Bugz wants’ you to relate to him and he certainly comes across as a person wrestling with all the same problems as the common man; balancing family and career; trying to make an impression in your chosen field and issues of faith and religion. However he never offers up the insight or the poetic touch to express something we all know while making the listener see it in a new light. His everyman shtick is just too common.

When he does try to step outside his comfort zone to a wider perspective, as he does on “Footprints” it just comes off as ridiculously simplistic as he actually raps in the persona of God in conversation with all of humanity!

“I gave you the world and you killed my son
You question me, you cursed me
And you’re still not done
You pray ‘Let me survive this lord
And I’ll promise lord
For the rest of my life I’ll live honest lord’
You live by the sword
Then you cry when somebody that you love dies by the sword
Shit, I did it to the dinosaurs
So don’t think for a minute
Cause you’re innit you can survive this war
You should have took Bin Laden as a warning
‘Cause you’re just characters
The earth a cartoon that I’m drawing”

His cause isn’t helped by some clunky production. While YZ, the major beat contributor here, can craft a hook or two, pretty much all the tracks have their life sucked out of them by over produced sequenced instrumentation. Nothing ever feels organic grand strings are rendered by Casio (“Ninety Four”), cinematic sound-scapes lack depth (“Never had a Clue”) and the pervading RnB influence is neither catchy enough, nor accomplished enough to work as it’s intended to (“Dangerous,” complete with a third rate Beyonce). “Sinatra” is buried under a false vinyl effect and Wordsworth’s guest spot is lost in reverb to lend the whole experience an air of plastic nostalgia. On “Perspective” the whole thing nearly all comes together as a budget retread of Jay’s “Encore” but even ignoring the fact it’s already been done better, it’s too little too late.

It almost feels bad to bag on this release because from his songs you can tell Bugzy Bogart isn’t that different from you or me. He just happens to rap. Thing is, while he might be a good bloke to share a beer with down the pub, that doesn’t mean you’re going to want to buy his records.