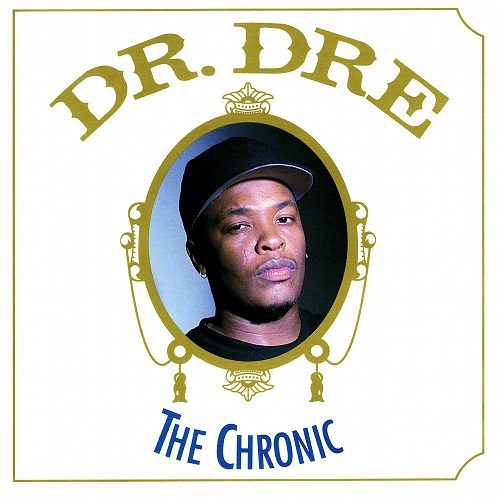 And so another Olympics comes and goes. Sixteen glorious days, countless memories and some truly legendary moments to savour forever. China managed to pull off the most grandiose hosting that we may see in our lifetimes, and have set the bar out of reach for London in 2012. Of course, London would be advised to follow the example set by Barcelona in 1992 – sure, make it a wonderful spectacle, but more importantly, regenerate an area of your city and make a lasting impression on the city forever. Seriously, who the hell used to go to Barcelona pre-1992? Now it is the most highly rated metropolis in Europe. In 1992, another city – in fact, a whole COAST – was regenerated by near-Olympian feats of production by one man and his army. Dr. Dre, motherfuckers.

There are a few reasons why “The Chronic” proved such a seminal moment in hip hop. One of the most notorious groups in the world – N.W.A (a.k.a Niggaz Wit Attitude) – had disbanded, with Ice Cube becoming the big star and Dr. Dre being consigned to memory. He decamped back to Compton, and hooked up with a scarily young Snoop Dogg, and got to cooking up BEATS. In fact, they aren’t beats – more ghetto orchestrations, fresh from the LA riots, blending the good times with the bad. Some of you may be too young to remember the Rodney King controversy – hell, I was just a young kid – but it sent shockwaves around the world. The atmosphere was already tense enough (due to the recession) but the police brutality sent people over the edge. Dr. Dre time capsules those events on the chilling “The Day The Niggaz Took Over,” yet sandwiches between the laid back groove of the sunset driving banger “Let Me Ride” and the G-Funk all-time classic of “Nuthin’ But a ‘G’ Thang.”

From the outset of the album, initially sonically jarring tracks like “Fuck Wit Dre Day” grow (seemingly of their own accord) into monsters. Many subject matters are covered too – with drugs being conspicuously absent from many of the songs themselves (hard drugs, that is). Politics, poverty, guns, beef, bitch this, fag that… Bullshit aside, and you will have to work hard to sift through the bullshit, it all makes for an intoxicating mix – even if some of the lyrics feel a touch dated now (as well as inserting “motherfucker” in every spare gap, motherfucker). Plus forget about the fact that the last third of the album doesn’t live up to the first two parts – owing directly to the dope but wayward beats, plus less input from Snoop (Lade of Rage and Daz are wicked, but no substitute).

The point of “The Chronic” is the first two thirds, and the MUSIC scoring it – the basslines, the leads, the cheesy soulful backing singers, the subtle usage of multiple samples… and G-Funk. Yes, not content with raising the musical bar in general, Dr. Dre woke up one morning and decided to reinvent a whole genre. Nice work if you can get it… I’ve tried describing the sound of “Nuthin’ But a ‘G’ Thang” in musical terms, but it’s impossible – it feels crude to list the instruments, when it FEELS like an elemental force, like driving into a gin and juice-drenched sunset. Even the more subtle grooves of the seemingly ordinary “Deeez Nuuuts” will worm their way into your mind and refuse to budge. The comic threat of “Rat-Tat-Tat-Tat” surfs the continual wave of hi-hats and cymbals to great effect. Time after time, the beat and the chorus merge in perfect harmony, and you’ll start to understand why “The Chronic” is both a fans favorite and a critical darling. For my money, it is actually trumped by “2001” in terms of consistency and global appeal, but Dre’s second outing is clearly modeled on this slightly more lovable offering. Plus the lyrics are definitely a step up on “2001” – with the bonus of the human fireball, Eminem. But if you haven’t visited the source material, you’re missing out.

There are three ways in which athletic memories are created. The first is Partisanship – in simple terms, “Us versus Them” and winning over the rival. The second is Drama – those moments where the world seemingly stops spinning for a minute as everyone holds their breath over the story unfurling before our eyes. Sometimes the first and the second blend together. However, the third category, Greatness, doesn’t stop the world spinning – it shakes it up forever, changing the landscape inexorably. Make no mistake, “The Chronic” belongs in the Greatness pile. Yes, it succeeds in a Partisan way – making hip hop that the rest of the world envied and idolised in equal measure (plus beefing with Eazy-E and co); it even has moments of Drama that leave you on the edge of your seat. But the real triumph here, and the reason that (alongside Michael Phelps and Usain Bolt) you’ll still know of it in 20 years time, is the Greatness of the production. The music is simply astonishing, and even if the excessive swearing, misogyny and general adolescent nonsense turn you off, the music will get you hooked. This album, more than ANY in the history of hip hop, raised the bar for production, thus changing the level of importance that producers were given, that beats were given. Dr. Dre changed a whole genre of music with “The Chronic” – and that is the very definition of Greatness.