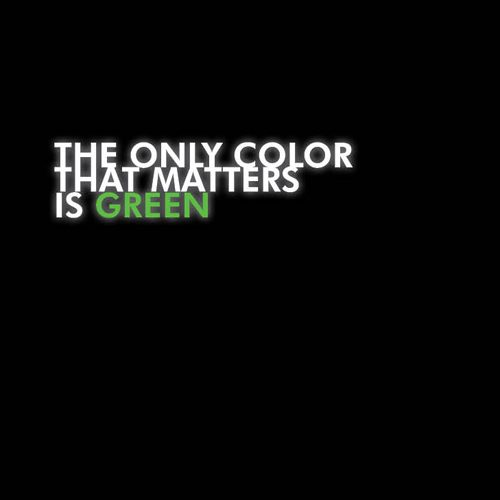 Pacewon & Mr. Green :: The Only Color That Matters Is Green

“You’re black, I’m white, this is green. When making a business decision, the only color that matters is green.”

And so with a quote from the Spike Lee movie “He Got Game” the unlikely duo of Mr. Green and Pacewon combine forces and launch their debut project. There’s no clever name for this tandem like Mo’ Green or Green Team, it’s just the two individuals who they are separately working collectively. Mr. Green has been the last two years working his way up from obscurity as a beatsmith to an established name in hardcore East coast hip-hop, turning out bangers for everyone from Infamous Mobb to C-Rayz Walz and releasing his own compilation “Classic Beats Volume One” in the process. Pacewon may be better known to rap fans but he’s equally obscure to the mainstream. Whether as a member of the Outsidaz or as a much beloved solo MC, Pacewon has been making a name for himself for over ten years with his signature rap style and punchlines. Few rappers save for Thirstin Howl III understand how to combine an off-beat lyrical flow with comedy, but Pacewon sweetens the pot by being a vivid narrator and compelling storyteller besides the jokes. These two artists hail from wildly different backgrounds – Green was raised Jewish in Highland Park, Pace grew up rough in The Bricks – but what they have in common other than hailing from the Garden State is a passion for hip-hop. Black and white team up tonight to try and make a whole LOT of green, and they’re off to a solid start with the symphonic b-ball inspired opener “Four Quarters”:

“Yeah! This is a journal entry and hip-hop blog
Played over airwaves, seen over by God
A relevant, expression rooted deep as the mob
For my people, to use if they feelin the vibe
Now, I’ma get to rappin, y’all scream
like you out here rootin for your favorite basketball team
Like you’re Parrish, I’m Bird, you’re Magic, I’m Kareem
Like you’re Sam Cassell and I’m the Dream Hakeem
Like you’re Kobe, I’m Shaq, you’re Ginobili, I’m Duncan
Like we goin for a re’, let’s get it jumpin”

12 tracks is not a long time for this duo to make an impression, but Green and Won certainly make the most of it. “Children Sing” chops up a harmonious group of tots doing just that, while Pacewon spits raps that are simultaneously hard to the core, funny and chock full of pop culture references:

While on piano banger “The Eye of a Needle” Pace growls his deep infectious flow on braggadocious topics:

“Money in my pocket, the hustler’s love
You can’t knock it, first to re-up, then to pop it
Next is me shoppin for a cute new droptop to hop in
Candy apple, let’s get it poppin
Or maybe it’s midnight blue, let’s get it crackin
Bathing Ape fashion, mall to mall dashin
Chick to chick skippin, trippin
Eight thousand dollars on champagne, sickening!”

Not surprisingly for an album titled “The Only Color That Matters Is Green,” the subject of getting loot comes up a lot, but never so blatantly as on “I Need Money.” Shit, so do we all, especially in these tough economic days and times. It seems likely that this team will make some green though off the strength of their first collaboration together. Things never get unnecessarily complicated or overly pretentious with this duo, as both Green and Pacewon pay tribute to how “Hip Hop” changed their lives for the better and shoutout everyone from MC Shan to Juelz Santana in the process. Green’s production style is straightforward and crispy, avoids obvious and cliched samples, and occasionally tends to be piano-heavy but only in an ear-pleasing way. Pacewon’s steelo has hardly changed over the years except to slowly become more refined and focused, each year getting a little bit tighter with the rhymes and flow. By the time the basketball metaphors start coming full circle again with “Won On Won” and the team score with a rap about NOT scoring on “She Be So Cold,” it’s been a fast moving but thoroughly enjoyable adventure. I’d almost prefer to think of the latter as the album’s closer – officially it’s “The Joker” but unfortunately it’s the weakest track on this whole set. On the whole though Pacewon and Mr. Green bring out the best in each other, resulting in a money-making venture for them and musical rewards for the purchaser. Don’t be afraid to shell out a little of your green for “The Only Color That Matters Is Green” – you’ll be glad that you did.