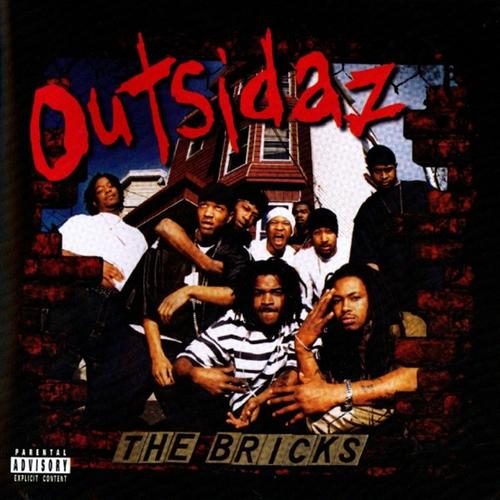 There’s no question that as far as talent goes, the Outsidaz are easily one of rap’s deepest crews. Affiliated members like Rah Digga and Eminem have each gone on to success as soloists, and group members like Young Zee and Pace Won have each had success with 12 inch singles and albums that are widely bootlegged on the internet.

After the success of their recent “Nightlife” EP and the slamming lead single “The Rah Rah” by the aforementioned Pace Won, the expectations would be that this album is all that and a bag of chips. It’s definitely a bag of chips, but the taste is kinda flat – either somebody at the plant forgot to salt it or your boy already opened it and left it sitting out for a week.

It’s not because D.U., Nawshis, Azz-Iz, Yah Yah, Denzy and Axe don’t combine with the stars Zee and Pace well; or that the cameo appearances from Rah Digga to Redman (New Jersey definitely in the house) are not on hit. There’s just something not quite there though – as though the album failed to pick up on the momentum of the EP and carry it forward. This is a 15 track album with three interludes, an intro, and a remix from the EP. Thankfully one of the interludes combines with an actual song, but that’s still only 11 tracks of new material.

Now there’s no reason a small selection of cuts can’t make a large impact. Think of any Eric B. & Rakim album, or “Dead Serious” by Das EFX – you can serve up 8 slamming cuts out of 10 and walk away with a classic. Outsidaz can’t even heat up more than three or four though; among them the piano laced “Sign of the Power”, the remix of the previous EP’s “Money Money Money”, the Method Man and Redman duet “Who You Be” and the crossover minded “I’m Leavin'” with Kelis and Rah Digga.

Some rappers can carry an album with weak production on the strength of their personalities alone; but when Pace Won is dropping strong solo singles like “Sunroof Top” there’s no reason to expect to hear him rap with his crew over anything less – let alone the rest of their membership. No one producer is to blame. Govmattic, Self-Service, and Young Zee all have opportunities to shine and each fail to bring the heat. This crew could have easily made the kind of noise that extended family member Eminem did with his group D-12 if not more; instead they serve up a lukewarm offering that will merely leave their fans hungering for more and heads looking to a forthcoming Pace Won album to bring the heat.