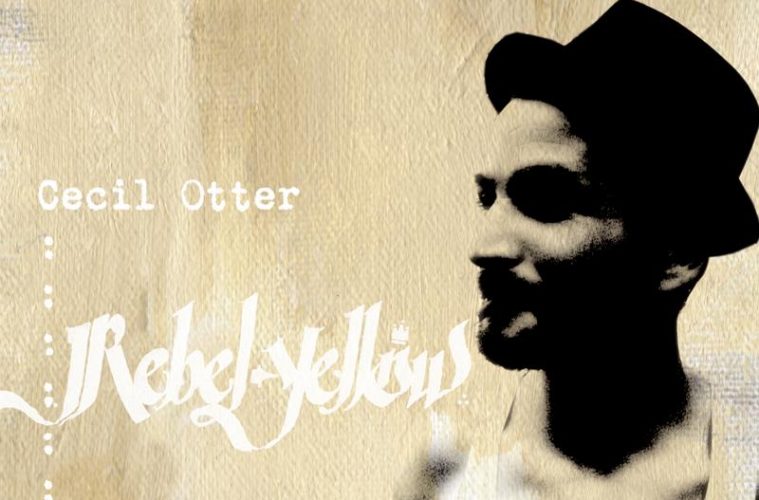 Whatever your image of rapper is, I’m guessing it isn’t someone who looks like Cecil Otter, a skinny white guy in a fedora. From his appearance, you’d expect Otter to be in a bluegrass band, or to be playing some other type of Americana. Maybe alt-country or rockabilly, but hip hop? Don’t they usually wear baggy clothes and look more, you know, urban?

Or maybe he’s like Everlast, doing alt-country rap. Tracks like “Rebel Yellow” and “Box Car Diaries,” might fall into this category, with their acoustic guitar layered over a skittering drum beat as Cecil gets his drawl on. Or Kid Rock maybe? Rock’s a skinny white rapper who has a fondness for hats. No, Otter’s not trying to do the white-trash cock-rock thing, and his production is too subdued and his lyrics to intelligent to be compared to the Kid (no offense). Would Kid Rock ever dare to release a gorgeous instrumental track like Otter’s “Duel?”

There’s another white dude with an affinity for African American culture (and hats) that comes to mind when listening to “Rebel Yellow”: Jack Kerouac. Like Kerouac and his beat compatriots, Otter has a knack for the seamy, more sinister side of life, and a talent for turning his depressed reveries into coherent and beautiful poetry. And speaking of poetry, the album starts off with a poem in which poetry is compared to rape. In fact, Otter’s dystopic lyrics are similar to yet ANOTHER white rapper/producer, El-P. Maybe if El-P was more into Woody Guthrie than Philip K. Dick, he’d sound something like Otter. They both make beats that are dark and menacing, although Otter’s are a little less dissonant and post-apocolyptic than El Producto’s. It’s not hard to imaging El-P himself penning “Sufficiently Breathless”:

“And yes I’m leaving the rest
In the heart of your machine while it’s bleeding to death
Until its carcass is clean I’m feeding the rest of its still beating chest
To the lesser of your subjects
And the bench press in the grudges repeating the reps
And blending them in with the crunches and preaching the steps
I step lightly, tonight there just might be a jail break
And more than likely its fail-safe
Full speed ahead till the sail breaks, take a deep breath
And the ocean air has a stale taste, of a century’s old war
Where it was all for one or one in all four
They were trained to kill all the silence
Using nothing but steel gold and diamonds
They use their skills to build roads to islands
And I ain’t gonna leave till the hills close their eyes”

You know what? It doesn’t matter. Otter is what Otter is, and if it doesn’t fit your definition of hip hop, you should check your dictionary. Those who are familiar with Doomtree’s technicolor sound might be surprised by the subdued sepia tones of “Rebel Yellow,” but both albums share a experimental bent and a desire to make something other than your typical rap album. As a producer, Otter does a masterful job of mixing acoustic elements with electronic beats, creating a sound that refers back to Americana while still being hip hop. Like so many Minnesota rappers, he’s a brilliant storyteller, and isn’t afraid to tackle subject matter that is leagues deeper and more introspective than the typical let’s-get-drunk-in-the-club track. Rapping is a form of poetry, and Otter makes that explicit in his rhymes. Forget what you think a rapper should look like and give “Rebel Yellow” a chance. Otter doesn’t disappoint.