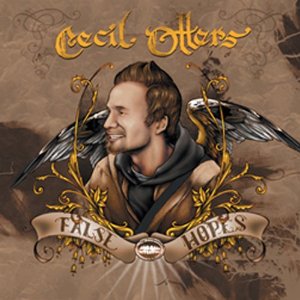 In the spirit of full disclosure, I’ll admit right away, that I have every motive to like this album. I want Cecil Otter to succeed. I want him to succeed because I love Doomtree, and he’s a founding member, and I’m a huge fan of Doomtree’s breaking-out-of-the-gate 2005 “False Hopes” series, and I want him to succeed because I’m a Midwesterner through and through, and so is Cecil. And I love that Minneapolis has one of the best hip-hop scenes in the country right now. I almost feel like whatever patriotism I have left leads me to love Cecil Otter.

Because at his core, Mr. Otter is American roots music spit over highly-distorted, minimalist boom-bap. He spits with an earnestness seldom heard. Fortunately, this Great Laker’s earnestness is not a sterile, doesn’t-know-any-better sort of mundane sincerity. It’s more that his whole vibe has a truthfulness to it, free of gimmicks and polish, from that moment in “Blacklist” when our poet-MC decides to quit bitching and declares to the world, “My name is Cecil Otter, and I represent Doomtree!” to the downhome party-anthem “Lake Shore Drifter,” which tells the autobiographical tale of a transient beer hound. A wise man once said, “Midwesterners are progressive because they can see so far,” and I think, in a sense, C.E. typifies that sentiment.

But, in the spirit of full disclosure, while I’m really and truly being honest, there are certainly points where this album drags. It pangs me to say it, because I think “Matchbook Diaries” and “Blacklist” are both great songs, but for an LP that isn’t all that long, one stripped-down shouting session would probably do the trick. As much as it pangs me to criticize a track as earnestly titled as “Mom Song,” the song is, dare I say it, a bit too Midwestern for its own good. Cecil’s drone of a voice is at once intriguing and tiring, as he is always expressive, but seldom vibrant.