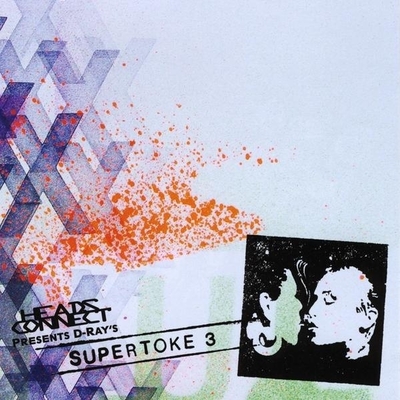 Essentially a compilation of ciphers featuring “an all-star-roster of over 30 popular Canadian up-and-comers,” “Supertoke 3” plays more like a mixtape of epically ordinary proportions. London (Ontario) wordsmith Shad is the only considerably recognizable name among the long list of up-and-comers, but alas it’s shrewd advertisement: “Get Up (Remix)” is a song on his last album, with chilling (though inferior) new beat and added verses.

Despite appearing to be simply a compilation of songs, it’s rather a D-Ray album with a long guest list. The Toronto native both produces and drops a verse on every track, but is apparently humble enough to have the tape released as a crew effort. His production, declared as being influenced by DJ Muggs, RZA and Prince Paul, is sample-heavy and sporadically dissimilar throughout.

The opening posse cut, “Weathermen,” dares sample Bob Dylan and Raekwon in between breaths. During its verses, D-Ray implies the paranormal with sound bytes typical of UFO themes. Meanwhile, “Crazy as a Loon (Remix)” is a D-Ray solo in which he raps over bagpipes and the Beatles. One is reminded of “Paul’s Boutique” and “Critical Beatdown” more so than “Liquid Swords” or “Cypress Hill.”

While the beats on “Supertoke 3” are consistently listenable, it’s the rapping side of the compilation that holds it back. Now don’t get me wrong, I’m more than aware that Canada has talent. Drake is one of the best young rappers right now in any country, while Promise, Nickelus F and JD Era are also creating impressive buzzes. “Supertoke 3,” however, gathers together too many emcees that quite clearly put too much time into wordplay and multi-syllable rhymes, while their flows suffer and fail to land a place in our long-term memory.

Halifax’s WordBurglar gets props for the humorous bars “you see me passin’ the bone at Greg’s lodges // but never mess with the white like Craig Hodges” and 2nd Thought’s steady flow stands out among many on “Props 2 the Sound Man (Medley),” but the best verse on the album is disappointingly Shad’s recycled verse on the “Get Up (Remix).” While far from a talentless crop of rhymers, they serve as a reminder to all up-and-comers that you can write 16s â€˜til the cows come home but if your delivery is not intriguing, you’ll rarely stick with the listener.