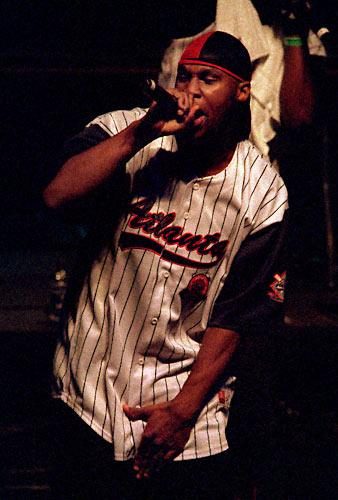 In 1997 Killarmy released Silent Weapons for Quiet Wars. With the exception of the Wu-Tang diehards it went largely unnoticed and still ranks as one of the most slept on Wu-Tang affiliated projects of all-time. 9th Prince, who is Wu-Tang Clan founder RZA’s younger brother, was a founding member of Killarmy. Fans have heard much from 9th Prince in a while, though, as he’s spent a significant amount of time incarcerated. Earlier this year he was finally released from prison and with that release has come a release of another kind, that of his very long awaited follow up to 2003’s Granddaddy Flow, Prince of New York. The album hit stores last week and when it did we caught up with 9th Prince for a quick conversation about Wu-Tang, his solo work, and what he was really in jail for.

Adam Bernard: 9th Prince, I did some research on you and although everyone knows you were just released from prison very few people know why you were in there in the first place.  Please start me off by clearing up what went down.  Was it really over an unpaid taxi, which is a strangely prevalent theory?
9th Prince: Yes, I was charged with robbery in the second degree. Took it to trial and blew, because I did not commit the crime. I did not like how the cab driver treated me so I did not pay the cab fare and I just left. He lied and told police that I robbed him.

AB: Damn! Before we get to your latest solo album, Prince of New York, let’s talk a little Killarmy.  Do you feel Killarmy ever got a fair shake, or do you feel they were always considered a side project?
9th: I feel we never got the proper push, because all our albums should have went gold. That being said we sold more than any other Wu-affiliated projects.

AB: OK, so in what ways would you have changed how the Killarmy story went?
9th: I wouldn’t change anything.

AB: In terms of your solo work, how will it differ from your work with Killarmy?
9th: It takes people into the mind of 9th Prince.  Plus I’m the mind behind Killarmy. But this album is more street than any Killarmy album.  I was living a street life when I did this album.

AB: Who did you work with for this project and how did you complete it so quickly after your release?
9th: Well, the album was already done before I went in, but when I came home I added six bonus tracks to it. It has a lot of up and coming producers and Killarmy, plus a song with Masta Killa.

AB: What do you feel you’re offering to listeners that they can’t get anywhere else?
9th: My style of doing music.  As far as rhyming, the way I flow, I’m cut from a different towel.

AB: Prince of New York might be a lot of younger listeners’ first introduction to you.  What will they learn about you through this album?
9th: What true Hip-Hop is, and not that Lil’ Wayne bullshit.

AB: I know there’s a lot of numerology involved with Wu-Tang, so hit me with why you’re 9th Prince and not first, second, or third Prince.
9th: There’s this movie called Iron Fingers of Death and the character’s name is The 9th Prince.  He’s a villain trying to kill all the other princes, so he’s a bad guy. I dug his style and took his name, like the rapper Scarface took Al Pachino’s name from the movie. But dealing with Allah Mathematics, it has the ability to change the bad in you to good. The number nine in mathematics is born, so I was born again and became a righteous prince.

AB: I kinda sensed there was a good story behind that. Switching gears, does having an older brother like The RZA, who is so prolific in the Hip-Hop world, put any added pressure on you, or do you somehow not let it affect you?
9th: There’s no pressure because I have been doin this just as long as RZA, so I will continue to do my thing until I am just as big as my brother.

AB: Finally, do you feel you’ve made your mark in Wu-Tang lore, or do you feel you still have some work to do to get to where you want to be in the Wu history books?
9th: I think I left my mark, but my plan is to be bigger than Wu-Tang, bigger than Jay-Z. I’m just getting started.  9th Prince will be number one in five years.