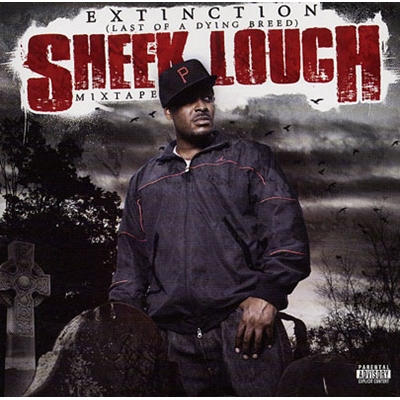 The word “mixtape” continues to evolve in mystifying ways. Mixtapes stopped being actual cassette tapes a long time ago – who rocks a Walkman these days anyway? Who still has a boombox that TAKEStapes? I’ve long since stopped being nostalgic about that particular format. I like the permanance and the warm scratchy sound of vinyl, I enjoy the oversized monstrosity of a reel to reel (not to mention that it was the original “cut and paste” way to edit tracks), and I can even see why people would collect 8-tracks just for the anacrhonistic fun of it. Cassettes sucked. They snagged easily, wore out quickly, and if you tried to dub over them the audio ghosting was ridiculous. Manufacturers tried to claim the technology was always improving, but the minute compact discs became a home recording format cassettes went dinosaur. Nevertheless as the cheap predominant way to put out self-recorded and distribute DJ albums, the name “mixtape” has long since outlasted the format, now easily being attached to free digitally released albums. What “mixtape” actually implies is another matter. It used to be that “mixtape” implied a quality selection of the best artists of the day, blended together in a creative and enjoyable day. Then “mixtape” evolved into a format where unsigned rappers got notoriety by spitting hot fire raps over recycled instrumentals. That was cool for a minute, then “mixtape” changed again to become OFFICIAL releases by record labels featuring all new raps over brand new beats from the hottest underground and mainstream artists.

Wait a minute… just how exactly in that case is a “mixtape” different from a BRAND NEW ALBUM?

To be honest I’m hard-pressed to tell on Sheek Louch’s “Extinction (Last of a Dying Breed) Mixtape” and his label may be having the same difficulty. Their official press release from November 5th refers to this album as a mixtape in large bold letters, promising it will hit retail one week from today. The album itself is another matter – the word “mixtape” is not mentioned at all on the CD spine and appears only in VERY small print on the front cover. I’m certainly not hearing a DJ blend tracks together to give it a mix-like quality, and Sheek is definitely not rapping over recycled instrumental beats. In fact the press release points out that this Louch project “contains all new material” so I’m just not seeing why he or they would even consider it a mixtape at this point. This is a stretch, but the ONLY reason I can fathom for not calling it an album is that Sheek doesn’t WANT to call it a new album. Perhaps he feels this is just a “tide you over” between “Silverback Gorilla” and whatever OFFICIAL new album he drops next. There’s some logic to be had there given his last album came out only 8 months ago, so if he called this an “album” it would be two in one year.

So be it Louch, call this a “mixtape” if you want to – I call it good. Unlike your typical mixtape this one actually comes with a full foldout insert and production credits for each individual track. In fact you’re likely to hear cuts from this album on OTHER mixtapes, as New York’s tastemakers pull from the best of Louch’s material here and blend it in to their perspective on the scene around the city. “Get Money” is the strongest contender, a D-Block slash L.O.X. track produced by Vinny Idol and Supa Mario that has Jadakiss tag teaming verses with Louch. The Soul G produced “Gimme a Light” should get some buzz too thanks to a multi-layered melody of drums, piano and violins that’s subtle and surprising. Sheek’s slow-flow braggadocio on the track could put even the heyday of Parrish Smith to shame, and the singing by S.I. is the perfect accompaniment. J. Cardim’s work on “Stop Frontin'” shines too, as does Sheek Louch’s intense and witty delivery. Rakim may be insulted though:

“Got a lil’ baby nine that hold just ’bout 9
Take 7 bitch niggaz, put ’em all in a line
Add them 3 bitches with ’em and you’ll turn out fine
Now that’s ten robberies all at the same time”

“Extinction (Last of a Dying Breed) Mixtape” doesn’t break new ground, nor does it erode away already established ground for this hardcore Yonkers rap artist. What it does do is blur the meaning of “mixtape” to a point I can’t really conceive of any difference between this and an official LP other than the say-so of the rapper or their label. Go ‘head, call it a mixtape, it makes no difference to me. You’re going to see this album on store shelves anyway, not being sold hand to hand by street vendors. If you’re already a fan of Louch-iano you’ll want to cop it, although I wouldn’t say this is the crossover friendly CD to make those unfamiliar with him a convert.