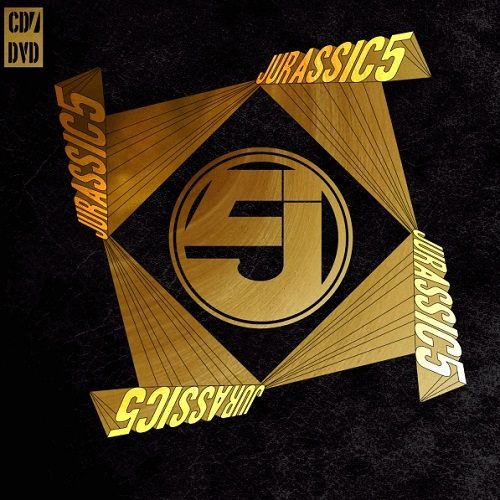 A decade ago when the concept of an entire website dedicated to hip-hop news and reviews was just starting to percolate in my mind, an early version of the concept debuted on seemed hesitant to say their steelo would catch on with the mainstream audience but did note that “by adopting yesterday’s styles, they drop one of the most refreshing CD’s of today.”

Happily both ventures turned out to be successful. Jurassic 5’s debut EP was so popular they dropped a full-length album in 2000, and the hip-hop reviews at OHHLA worked out well enough for me to buy the RR domain late in 1999. In truth it was the culmination of almost a decade of writing and thinking about hip-hop, from self-published e-mail newsletters to posting on bulletin boards and newsgroups. J5’s “everything old is new again” steelo had also been bubbling up underground for a while as rap looked back fondly on 20 years of classic records. Legends like Busy Bee and Kool Herc made more frequent cameos on new CD’s and covers of “Rappers Delight” became the new in thing to do. Much like RR, Jurassic 5 was the right group to come along at the right time, and as they grew we did too. I even had a chance to check out their legendary live show at a venue in Omaha that has since closed and been demolished. I suppose that should have foreshadowed the fact one of my favorite hip-hop groups would eventually be bulldozed to the ground too. 2006’s classic “Feedback” album would be their last before the group permanently disbanded in 2007, citing the usual “creative differences” as the reason.

Hip-Hop has had a lot of unexpected and unpleasant surprises dating back to the murders of Cowboy, Trouble T-Roy and Scott LaRock in the 1980’s all the way up through the present day. To me this was another case of hope and light being extinguished by darkness. Understanding that things aren’t working out creatively and that artists need to go their separate ways is only human, dealing with it is another altogether. I rank this split on a personal “fuck the fucking bullshit” meter of 1 to 10 as at least an 8 – right up there with the fact EPMD, N.W.A. and A Tribe Called Quest all had to disband for various reasons. Reunions after the fact don’t tend to work out. Erick and Parrish lost some of their group’s swagger after both spending years as soloists. A few N.W.A tracks were recorded but without Eazy-E it wasn’t the same and a full-length never surfaced. Q-Tip is enjoying success with his second solo album “The Renaissance” so a Tribe reunion seems not only implausible at this point but possibly a step backwards creatively. Despite this I still selfishly hope J5 will be the exception, drop their beefs with each other and come back together again.

Even though RR is still here and Jurassic 5 isn’t (who could have predicted that back in the day) there’s still reason to celebrate, because Decon Records has put out a 10th anniversay “J5 Deluxe Re-Issue” of their original EP. It’s quite a mammoth set just to hold in your hand – twice as wide as a normal gem case and packed with three discs in separate fold out trays. The beats and rhymes haven’t changed since they debuted, but the sound is still remarkably up to date. The bouncy flute loops and strong bass beats of “Jayou” are still the perfect backdrop for J5 to take turns passing the mic, switching up as needed to verses and lines delivered as an entire group.

“I feel the vibe
I feel the vibe too
Cause it’s the butter from the crew
CAUSE WE ORIGINAL, WHO
Wanna tussle?
Flex for the muscle?
WHILE WE KICK THE STYLE THAT BUSTS YOUR BLOOD VESSLES
With the rhythm
The ninety-six stylism
PICK UP AND PEEL ‘EM FILL EM KILL EM WITH YOUR VOCALISM

Yeah, I shoot the gift puffin another cold spliff
Fools are coming quicker than Anna Nicole Smith
Malginant metaphors and ganja stay herbs
We conjugate verbs and constipate nerds LIKE YOU
I’m hear to end the conspiracy, fearlessly
So you can really see the real MC’s AT HAND
I’m 2na Fish on the stickshift
The eclectic hectic, desperate to set trip”

Disc one of the set expands upon the EP, lengthening it out from 9 tracks to 13 with some bonus material J5 fans may not have heard before. “Improvise” would eventually find its way onto “Quality Control” in 2000 but merits inclusion here as a single that originally came out completely between both releases. This causes the “Blacktop Beat” to be bumped down to track 10, at which point three more little heard J5 tracks are added to the mix: “Without a Doubt” from the flipside of the “Jayou” single, a reprise version of “Lesson 6” and a dub version of “Action Satisfaction.” This alone would have been a fine 10th anniversary celebration of J5’S debut.

Thankfully Decon decided not to stop there. The second disc is quite a revelation, practically a whole new Jurassic 5 album in and of itself, starting with the hype-ass turntablism exercise called “Ignition Sequence.” Tracks from disparate sources are put into a proper J5 perspective as one whole disc. DJ Babu’s “Ducky Boy” seems entirely appropriate here, as does the originally website exclusive “Verbal Gunfight,” and the once vinyl-only release “Unified Rebelution.” How these songs never had a proper album release before now is a mystery, but it’s to Decon’s credit that they compiled all of these songs in one place at one time. Even more astounding is how good the previously unreleased cuts like “Ghetto Diplomat” and “The Rhythm” are, the former a Chali 2na solo performance slinking along over a reverberating bass, the latter rocking a symphonic boom bap throwback worthy of any other J5 track. More rare tracks abound such as “Lesson Four” (the flipside to “Unified Rebelution”) and a “Jayou Remix” along with promo raps for Power 106 and The Wake Up Show.

THAT’S STILL NOT ALL. The third disc of this set is actually a DVD split into three chapters – the first being a J5 documentary, the second being a 25 minute performance at The Brixton Academy, and the third being a music video for the original EP’s “Concrete Schoolyard.” Some might argue even more videos and bonus footage could have been crammed onto the third disc, but it’s still a hell of a value even without trying to squeeze more into this jam-packed “Re-Issue.” Those who never picked up the Jurassic 5 EP back in 1998 thinking “no big deal it’s only an EP” really have no excuse not to own the “Deluxe Re-Issue” now, and even those who DID take B. Ridge’s advice and give it a try should want to own this one anyway thanks to the bonus tracks, bonus disc and bonus DVD. This set is not to be missed, even though the group continues to be in the year since they broke up. Maybe if the “Deluxe Re-Issue” sells well they’ll reconsider and get back together. (And maybe I’ll stop being the king of wishful thinking any day now.) Look for this colossal package at a retailer near you. Even if you could buy it digitally it just wouldn’t do this set justice.