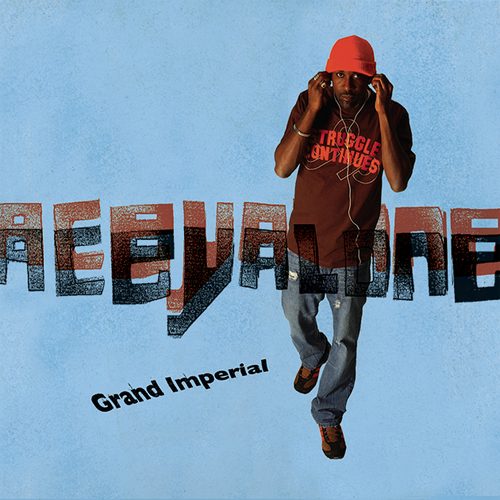 Album stickers that say “limited edition” are a cheap and shallow ploy to generate sales. When you find an album sitting on store shelves and/or can purchase it from any online retailer how “limited” can that album really be? Case in point – “limited” would be a Honus Wagner T206 card, where an already small amount were printed before the famed shortstop demanded his name and likeness not be used to promote tobacco, as player cards were packaged with tobacco procuts in the early 1900’s. Fewer than 10 authentic cards are known to exist today and one can sell at auction for over a million dollars. Ladies and gentlemen, THAT’S limited. Let’s not hold Decon’s marketing scheme against Aceyalone though, because he’s consistantly been one of hip-hop’s best lyricists and recording artists for over a decade. From the seminal “All Balls Don’t Bounce” to the recently released “Magnificent City” collabo’ with RJD2, Acey continues to innovate and create dope music.

If there’s a plan or agenda to a “limited edition” release of “Grand Imperial” it’s beyond my ability to fathom. In fact there’s no reason one would want to limit music this good. The album is three tracks shorter than his RJD2 album but no less pleasing to listen to; in fact three new tracks recorded with RJD2 appear on this album: “Never Come Back,” “Angelina Valentina” and “Impact.” On “Never Come Back” Acey flows over synthesized harps that are reversed at unexpected moments, which combined with echoing sci-fi beats makes for a surreal musical backdrop. The topic matter paired with it is incredibly concrete though:

“I won’t call you up, I won’t act a fool
Or bring drama to your party, baby that ain’t cool
Everyone knows if you snooze you lose
I’m just tryin to figure out if you heard the news
Livin your life is at an all-time high
Don’t know why but I think I want that
It ain’t cracked up to what it’s ‘posed to be
And I can love you to death but I’ll never come back”

“Angelina Valentina” may be more accessible to some, as Aceyalone cuts the speed of his flow in half and RJ offers a more traditional beat composed of orchestral strings – although he makes them stutter with computer manipulation. Aceyalone tells a sad tale of a girl who tried to fuck her way to a better life but never found happiness. To round out the trio “Impact” is an under two minute track that closes the album with a slinky electro-funk where Acey flows along with braggadocious charm and says he’d “rather leave your mind open than to leave it leakin.” Say word. The album is much more than just cast-offs from “Magnificent City” though. The opening track Kenny Sigel track is “smooth like hefeweizen” in Acey’s own words, but so is the Z-Trip produced “Everything Changes” featuring Mystic. In fact Acey shares several tracks of this album with entertaining guests, from Zulu on the Beat Science track “Push” to Otherwize & Pterradacto on “Sunsets & Waterfalls.” Acey always shines best on his own though on tracks like “Pose”:

“Yeah I’m from L.A., California it’s a vanity affair
Where everybody is glamorous, you just gotta be there
And be high off of supercool, Hollywood squares
Pop your collar, let your window down, put one in the air
Whether clubbin, shoppin, at the market don’t make a difference
They hit the runway when they walkin the entrance”

Two of the most entertaining tracks may be the live recording of Aceyalone performing “Makebalillia,” which has an unexpected Michael Jackson twist, and the heavy pounding UK Remix of “Doin’ My Job” produced by The Functionist. In short whether “Grand Imperial” can truly be called a “limited edition” is a moot point, because whether 5 or 50,000 were produced it’s still an Aceyalone album you’d be remiss to not have in your collection.