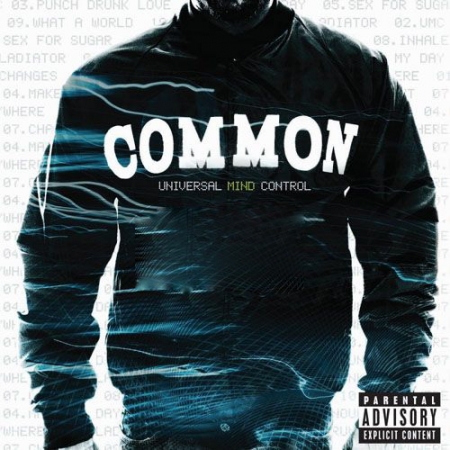 The following excerpts may have been stolen and transcribed from Common’s Dictaphone. Everything recorded was supposed to make up his forthcoming unofficial auto-fictional-biography, entitled “Common: I Used To Love H.E.R (But Now I Am Realising My True Dream Of Being A Bit-Part Hollywood Actor).”

JANUARY: “Thinking back on my childhood, hippity-hop was really only a minor player. I mean, I used to be a pretty shit hot basketball player, actually. I could drink like a motherfucker, too. But, honestly? It was always the lure of the silver screen that attracted me most… I remember sneaking into the cinema during matinee shows – my friends would go and watch the Saturday cartoons, but I was watching â€˜Scarface.â€™ I remember it so clearly, this epiphany moment, studying F. Murray Abraham’s glorious bit-part rendition of Omar Suarez… Fuck Al Pacino, I knew at that PRECISE MOMENT that I would end up being the greatest bit-part Hollywood actor of all-time. Top five dead or alive… Good times… Then that bastard Abraham went and won on Oscar the next year. Sell-out. LIL KANYE! Clear my schedule for the next 48 hours – I feel good, ya little bitch! I think I might release another album this summer!”

FEBRUARY: “Lil Kanye is stuck on his Pac-Man machine. Poor guy… He ain’t in the zone to make music for me. So I’ma holla at The Neptunes. I feel good!! I feel like making some club music, make the kids dance, woo hoo!! I’m gonna release it this summer. I feel invincible… That’s it! Call it ‘Invincible Summer’ and fill it with club-bangers! A June release coincides perfectly with the summer blockbuster season, so I can do a couple of days of promo for the album in between takes on my new TERMINATOR movie motherfuckers!! I”LL BE BACK.”

MARCH: “It turns out that I was supposed to have 25 pages of lines for the new Terminator film, but since that interferes with my grand scheme of becoming the greatest bit-part actor of all time, I managed to negotiate a 22 page cut. Also, I was thinking that maybe I should take the feel of the album back to when the original Terminator shit came out, when Dick Miller ripped it up as the Pawnshop Clerk… You know, that Afrika Bambaataa feel… That should be a nice current sound for the clubs to bump to. In fact, that was the last time I went to a club, ’84. PHARRELL, ya hairless bitch, make me a beat, and a soya coffee too! NOW. I need to walk the dog before my yoga session.”

APRIL: “I love filming. You sit in make-up for 3 hours, go on set for about 20 minutes, then you’re free to fuck the extras the rest of the day. I’ve fucked 3 so far – today, that is… I should write a song called ‘Sex 4 Suga’ for my new, slightly delayed ‘Invincible Autumn’ album.”

MAY: “I heard one of the extras listening to some cat called Notorious Biggie, just before I fucked her and all. He was from the post-Terminator 2 era of hippity-hop. Actually, technically, so was I. Had a lot of blackouts back then, hazy memoirs. I think I’ll make a track like him – if I dress it up as revering him, I might get away with it. Actually, I went to London one time to audition for the role of Falafel Stand Man 2 in ‘Quantum of Solace’ and heard there was a Hippity Hop Karaoke night. That sounds fun, if rapping was your kind of thing, that is. It’s not mine.”

JUNE: “I keep trying to change my Wikipedia entry from ‘Rapper’ to ‘Actor’ – but some motherfucker keeps switching it back… I traced the IP Address to G.O.O.D Music’s head office. LIL KANYE, ya little bitch, quit that shit ASAP! And make me a vegan sandwich.”

JULY: “Had another vegan sandwich with 2 extras after filming today, if you know what I mean.”

AUGUST: “Kanye ran out of quarters for the Pacman machine, so he came and made a song about a girl. It wouldn’t really go on his album, so I think I’ll take it. It isn’t actually too bad a song. I’ll just write about what I’ve been up to this summer.”

SEPTEMBER: “I’m really bored of rap. Seriously. Why can’t they understand that I want to be an ACTOR? If that Latino motherfucker could become President on ‘The West Wing’ why can’t I do what I want? I’ve already made like four tracks for the album. Pharrell’s bored too, he prefers playing his advance beta copy of ‘Little Big Planet’ on his Playstation 3 whilst fucking models.”

OCTOBER: “FINALLY a productive non-sexual day of post-filming action. Cee Lo came down, and we made a nice song for the album! That is FIVE solid tracks. I can put that out now, right? How many songs do albums have on them anyway? At least 10? Are you sure? JESUS, the Notorious just please us with your lyrical thesis… Frown.”

NOVEMBER: “Oh shit, that election thing came round! We don’t really talk politics on set – I can’t stand it when a Republican and Democrat are taking turns on my Lonnipop, and then they start arguing about fiscal issues. I should make a song about that Obama shit that went down. Oh fuck, he won already? PHARRELL. He ain’t here, damn. MR DJ!!”

DECEMBER: “I’m in full swing for promotion – putting it on MySpace – for my new movie, I mean album, ‘Universal Mind Control’ – I managed to record a whole ten scenes, I mean tracks, over the course of the year, and at least three of them are listenable. As for my rhymes, I favoured Stanislavski over Brecht, and inhabited the character of a typical rapper – I got quite into it, though it can’t beat the buzz I’ll be feeling on the weekend of 22nd May 2009 when ‘Terminator Salvation’ comes out! Still, this Lynn-method of ‘acting as a rapper’ thing might just catch on.”