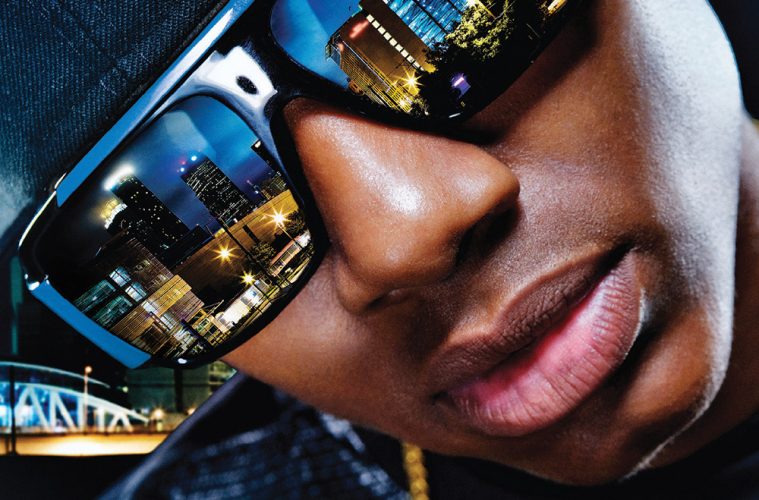 It’s a very onerous task for me to write an opening paragraph about Soulja Boy. Normally I try to share with the readers some relevant biographical or factual information about the artist in question, but in SB’s case I just don’t care. There’s also the tried and true method of talking about the artist’s success (or failure) on previous albums, but SB had only one retail album under his belt before this one. 9 times out of 10 I try to start reviews on a positive or informative note even if in the end I’m going to trash the entire album as being garbage. After thinking about it long and hard I finally came up with three positive things I could say about SB and his last album.

When people said hip-hop was dead in 2007 they were talking about YOUUUUUU Soulja Boy. Your music is as painful to listen to as your dance is painful to watch. Nobody wants to hear you talk about how great your tennis shoes and your cell phones are for three minutes straight every song. The makers of Fruity Loops should be drug out in the streets and beaten with your Bathing Apes for ever giving you the ability to become a musician. If people told me they thought rap was moronic because they heard “Crank That” on the radio I’d have no good response. Spelling “soldier” wrong is not clever because the Bone Thugs family already did that over a decade ago. Last but not least Ice-T might be an old man but you should have a little more fucking respect considering that old man helped to create the industry you now make your (undeserved) living off of. I’d tell your young ass to grow the fuck up but I don’t want to wait around three years until you’re legally old enough to drink, so FUCK OFF. Kanye if you really think he’s any good you can kiss my ass too.

I feel much better. With that off my chest I’m willing to wipe the slate clean and give Soulja Boy a second chance. Maybe he’s improved as a lyricist in the last year – after all Lil Wayne started off pretty mediocre and wound up being pretty damn good. It’s good to see Soulja Boy brought in some outside producers this time instead relying so much on himself and his copy of FL Studio. In fact looking at the liner notes actually got me mildly interested in listening to his CD, which is a minor miracle in itself. I see several of the big names of 2008 in the credits – Drumma Boy produced “Rubber Bands,” Polow Da Don produced “Yamaha Mama” featuring Sean Kingston and Jim Jonsin laced “Kiss Me Thru the Phone” featuring Sammie. Before we can get to any of that though we have to start with his self-produced lead single “Bird Walk”:

“Ay feelin Beezy, where, where they do that at
Watch lookin freezy, yell, yellow diamond rang
Ice grill, ice chain, ice ring, iced out
If you cross S.O.D we gonna knock your lights out
Step inside the set, I’m too clean to get touched
S.O.D. money gang, we too mean to get mugged
Hit my bird walk, and I got the club crunk
Then I heard your girl talk, now she hoppin in my trunk
I’m hittin my bird walk”

Soulja Boy’s admirers may be happy to see he hasn’t changed one bit since his last hit. I’m not. The topic matter is still as vapid and materialistic as it was before, and given just how much the economy has tanked in 2008 it really makes this young man seem out of touch with the reality of the world. Then again considering how much money SB spends on his attire and his jewelry I really doubt he’s socking away the royalties from his albums into a retirement account. He might as well spend it on improving his look though because he’s not spending it on improving his production technique. “Bird Walk” sounds best when there’s no melody whatsoever, because even though the cymbals are distorted the stripped down beat is better than the same four notes repeated ad nausem, only changing octaves for emphasis.

The songs that work on “¡SouljaBoyTellem” do so largely in spite of Soulja Boy, not because of him one bit. Many better rappers have talked about their swag in 2008 (T.I. and an all-star posse of guests come to mind) so “Turn My Swag On” adds nothing to the conversation, and hearing SB try to sing the lyrics instead of rap makes me actually WANT to hear him rap instead – that’s a feat in itself. Still the Natural Disaster & Top Cat beat has something to it, a natural Dirty South OOMPH that makes me want to hear the track as an instrumental instead. Zaethoven has been hit or miss in the past but his choppy horns on “Easy” do a good job of disguising how banal SB’s lyrics are. Jim Jonsin provides a clever mixture of New York synthesizers and Southern thump on “Kiss Me Thru the Phone,” but the real star of the song is Sammie on the hook. Not surprisingly though the best track on the whole thing is Polow Da Don’s work on “Yamaha Mama.” SB does his best impression of Mike Jones by giving out his number on the air before admitting he’s second fiddle to Sean Kingston and wisely letting him take over. The only song on the album that might give P-Double D a run for his money is DJ GB’s “Whoop Rico.” The track reminds me of a Three 6 Mafia song for all the right reasons, while guests some lyricists called Show Stoppas knock SB out on his own album without breaking a sweat.

Unfortunately even though Soulja Boy’s music has improved drastically, the actual rap is still as obnoxiously bad as ever. SB should leave the whispering to the Ying Yang Twins on “Hey You There” and he actually rhymes “ringtone” with a line about his farts smelling like “stinkbombs.” Ouch. “Rubber Bands” irritates me just because I have to hear SB saying BOING over and over. Apparently SB thought “Donk” was a clever song on his last album, so he created a sequel called “Booty Got Swag” where he brags that a girl’s ass is so big “I can hang my chain on it.” Good for you. Bad for anybody who likes intelligent rap music. The only good thing I can say about SB is that he may have gotten a little more hair on his chest, because his voice sounds slightly deeper and more resonant than it did the last time out. That doesn’t change the fact his lyrics suck a cock and his beats blow too, but there are enough well-produced songs on “¡SouljaBoyTellem” that I must reluctantly say I can’t COMPLETELY advise you to avoid this album… but I wouldn’t pay $10 or $15 for it. Your best bet is to find a website you can listen to snippets of this album on and if one or two tracks strike your fancy, buy those. A whole album of SB’s idiotic raps is still too much for one man or woman to take no matter how much better the beats are.