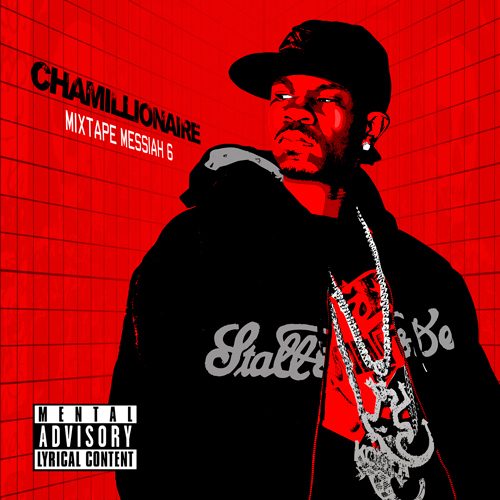 Nothing irks me more than false advertising. For that reason I was a bit upset when Chamillionaire’s “Mixtape Messiah 6” showed up in stores on January 13th. When I purchased “Mixtape Messiah 5” I was excited to see the insert said “Mixtape Messiah 6 is coming soon and will be free!” After dropping good money for Vol. 4 and 5, and with the “Venom” album nowhere in sight, I was looking forward to getting some free music and giving my wallet a break. Alas, “Mixtape Messiah 6” came and it was not free, but 13.99. Most rappers couldn’t afford such bait and switch. With the economy the way it is, it’s hard for Common to sell records even at .99 cents a pop. Yet, Chamillionaire has fans that are more dedicated than most. Despite my frustration, I was still at the store the day MM6 dropped, cash in hand, CD player ready. I wasn’t alone either. Another cat pulled up bumping MM5, went straight to the counter and got his MM6. The guy was a such a fan he didn’t wait for his receipt â€“ “I’m not returning this, I don’t need a receipt” â€“ those were his words to the clerk. Such a following isn’t easy to come by, but with a quality mixtape game stretching over a decade, Chamillionaire has been building the ranks of his army for a long time.

Of course, Chamillionaire hasn’t built his fan base purely on hype or image. His music is quality and “Mixtape Messiah 6” is no exception. Like the previous volumes, this one plays more like an album than a mixtape. That is not to say Cham doesn’t rip some mixtape style tracks something nasty. I have to admit, I dig the beats on a lot of these party records that come out, but I usually can’t stand the rappers. Cham tends to be the solution when he remakes the latest hits. Young LA’s “Ain’t I” is turned into “Throwedest in the Game” with not wack raps and nothing but Cham. Cham takes his beat jacking game back a few years and rips UGK’s “Murder” nicely, though to be honest no one will ever match Bun-B’s ridiculous verse on that one. “The Evaluation” finds Cham dropping a verse over Mobb Deep’s “Shook Ones Part II.” The best remake comes when J-Dawg joins Cham for “One Day” and they dedicate it to the late great Pimp C:

“You the reason we even be leaning and riding candy
You the reason I even was dreaming about a caddy
Told you back when we talked how my label didn’t understand me
Every time you would call you would talk to me like we family
Saw you back at the car show you walked up to me and grabbed me
When you would run into me you’d hug me instead of dap me
Usually boys be tapping around the issue like Sammy
Davis but every statement that you would say you would say get at me
If you’re feeling offended, if there were beef you’d end it
If there was drama, splendid, if needed it’d be prevented
If he kept talking down you would make sure he’d see the dentist
If had said the sentence you said it just like you meant it
Hold up! Who could duplicate a swagger like that?
Not me, just see, but this ain’t about rap
It’s about Hawk, it’s about Moe, it’s about Screw, it’s about Pat
Told me about how boys down in PA would say how that’s a nice Lac
I said that if you said that I sold you the car then we’d have a deal
Then you told everybody I gave you the car for real
Soon as I called you up just to ask you about what I hear
You told me you couldn’t lie and you only could keep it trill
Every time I see that little lady that’s on the grill
Repping that in your memory while gripping on that wood wheel
You and Killer Mike the only that told me just how you feel
Thought I was dissing Paul and you told me that I should chill
In the studio with Scarface the day before I got the call
Talking about my new record and industry faces we saw
Told me that he was done and he wasn’t really trying to ball
But we had to still show him that Texas still standing tall
Then he asked is you ready, I’m ready was my reply
He recorded an extra verse and that’s when I had asked him why?
Told me that I could have it in the future in case he died
Then I told him to stop because death is what I deny
Yesterday you were here, but why?
Ronnie told me it happened, I swear I thought it was a lie
Couldn’t tell you how painful it was to here his reply
Went and sat in my truck so noone would see me…
When it come to you I never do it for publicity and
I know if I was gone and you would say how much you missing me
Know you in heaven riding candy in the silky streets
The streets gonna think about you every time we see swisha sweets
We keep your name alive, make sure that it be visibly
We know big Bun gonna hold you down and ain’t gonna miss a beat
Sad you ain’t here to see your children grow and kiss the cheek
Of your lovely daughter and your kids, forever live Pimp C”

Besides being very personal, the verse is full of Cham’s tongue twisting lyrics and flows. The rest of the mixtape is just as tight. Despite Cham retreading groupies on “That’s You” or doing more trash talking with Lil’ Flip on ” Track Wrecka” he remains as entertaining as ever. For those looking for something a little different, “Everywhere” with Crooked I is the highlight especially with Crooked I spitting a crazy verse that steals the show. “Judge Judy” switches things up with a concept and even the “Roy Woods Jr.” skit is hilarious.

Basically, another quality Mixtape Messiah from Chamillionaire. If you’re a fan there’s no need to tell you to buy this. Matter of fact, this review, like every other review of the MM series, is more of an exercise in self promotion than anything else. When I say that I mean I promote the fact that I’m a Chamillionaire fan, and a loyal fan at that. Cham doesn’t need the promotion. He’ll drop “Mixtape Messiah 7” in a month or two and I’ll be one of thousands dropping my hard earned money. It’s been this way for years. It was this way before he signed a major deal and hopefully it will remain this way long after “Venom” drops. For the record, Cham promises to give away Volume 8 and 9 for free if “Venom” sells well the first week. So start setting aside money now, it’ll be well worth it.