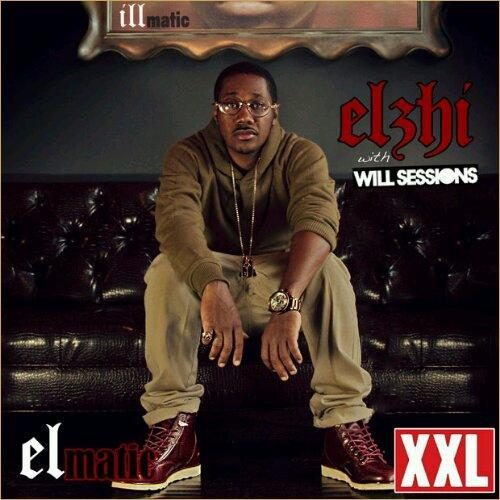 You have to either be naïve, insane or arrogant as hell to even consider covering “Illmatic.” Many have tried recently, most notably Fashawn (who dropped his own excellent debut “Boy Meets World”) – yet his “Ode to Illmatic” was, it must be said, half-baked. If you disagree with that verdict, then listen to “Elmatic” and think again. THIS is how you do it. Elzhi has gifted us a superb reimagining of one of the greatest albums in history (any genre). Whilst Fashawn was naïve, Elzhi isn’t, nor is he insane/arrogant. He’s just an absolute master of wordplay, and whilst he’s been criticised on this site for lacking emotional connection, it’s barely relevant here, and he makes a series of clever decisions meaning that, after a few spins of his shit, you’ll be addicted. You’ll notice that I dispensed with the foreplay, dear Reader. That’s because there’s no need for it in this instance: it’s too important for you to realise precisely WHY “Elmatic” is so good, and HOW Elzhi managed it.

Firstly, it’s not just a mere karaoke version – Elzhi determinedly makes it his own, primarily focussing on Detroit and his own past. He subtly alters many of the countless details, incorporating an occasional original couplet whilst spitting his own intensely complex wordplay, all in keeping with the tone of “Illmatic.” There are obvious markers (“Detroit State of Mind”), but more subtle ones too: a brilliant “The World Is Yours” proves endlessly worthy of replay; the pinpoint accuracy of the melodramatic “Represent;” the second half of “Memory Lane” and so on. Elzhi successfully describes Detroit in a similar manner to how Nas made us care about his slice of New York.

Secondly, and this is the crucial bit, “Elmatic” is a musical wonder. Coupling with Will Sessions and utilising live instrumentation for most of the show was a true masterstroke. There are additions, riffs, sections of the original samples that pop back up unexpectedly and a general air of clever expansion, not just mimicking the DJ Premier, Pete Rock, Q-Tip and Large Professor beats (not forgetting L.E.S.). It’s just wonderful how they have paid attention to the minute details, and placed a microscope over them in order to bring them out in glorious crispness. The best examples of this are the gorgeous piano riff on “The World Is Yours” which makes such perfect sense that you almost end up wishing the Pete Rock had done it back in 1993 (heresy, I know). Let’s not spoil everything, in case you haven’t listened yet, so just know that the second half of “Life’s a Bitch” adds so much to the proceedings.

Lyrically, Elzhi is just a beast; we know that much from “The Preface” – an album that provided one of my absolute favourite hip hop songs of all time (“Motown 25”). Once you’re done listening to “Elmatic,” however, you’ll recognise that the Detroit native is one of the only MC’s in the game that could have pulled this off successfully. He pays homage to “Illmatic” giving it the due respect where necessary, but he isn’t over-awed at any point either. He even, somewhat cheekily, leaves out the only track that gets a bit of flak from many quarters – “One Time 4 Your Mind” – which takes some guts, but proves an entirely correct decision (instead, we get a couple of bonus hidden joints at the end which are much more fitting). He’s relatively consistent throughout, with a few standout cuts being “The World Is Yours” and “It Ain’t Hard to Tell,” not to mention “Detroit State of Mind.” It’s abundantly clear you’re in the presence of a Nas fan, sure, but most definitely a rapper’s rapper.

Chances are you’ve already skipped ahead to read the score (cheat), and now you’re wondering why, after practically running out of superlatives with which to describe “Elmatic” it doesn’t get full marks. Well, there are a few clear reasons – they won’t stop you from bumping the hell out of the tape, but if you’re covering a perfect album, you automatically should expect to be held to a similar standard. Hence the disappointment on a couple of tracks: “Memory Lane” doesn’t quite work until about halfway through, when El suddenly finds his flow, and the instrumental eventually clicks into place. Secondly, Royce da 5’9″ is the chosen guest on the album, taking the “AZ spot” and contributing the first verse on “Life’s a Bitch” – whilst these two usually make magic together, Royce doesn’t fit the song and his verse is, by his standards, relatively average, taking away from the song (whilst El does a sterling job when his part comes around). Finally, “One Love” – this is probably the riskiest play in the game and, for me, El’s slant on the classic track doesn’t work, nor does the music (until the instrumental break, that is) and again, it’s best for you to judge for yourself.

In the end, these quibbles are largely because this is “Illmatic” we’re talking about. The chances are that the overwhelming majority of people reading this review can pretty much recite Nas’ debut album off by heart, word for word, note for note. It means that much to us and to hip hop – but fortunately, also to Elzhi. Please believe that he goes above and beyond the call of duty, and does justice to that gold standard 1994 thirty-nine minutes of genius. Not only that, but Elzhi ADDS to it. This review is a few weeks late because, frankly, I was scarred by the weaker “Illmatic” referencing projects from other rappers, and I didn’t want to heap further disappointment upon myself. But I needn’t have worried, and nor should you. In fact, you should just type “Elzhi Elmatic” into the search engine, download it, and then enjoy it for what it is: a wonderful companion to the original, expertly handled by the Detroit MC. You need this. Now.