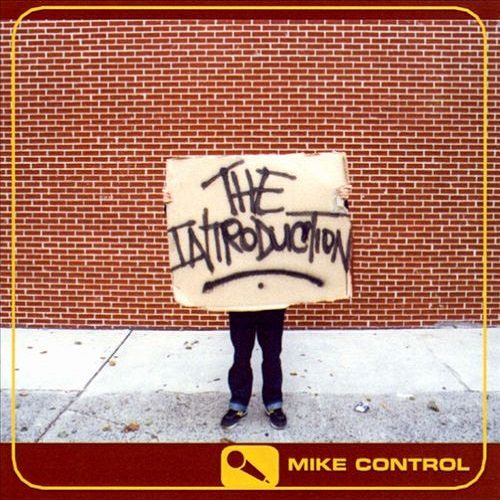 In todays hip hop scene, often there are complaints that rap music has become stagnant, clogged with so-called MCs doing their best Jay-Z impression, over-utilization of Neptunes production, and so forth. Well, if that’s how you feel, there is always something you can do about it: go back to the underground. True, you may have to do a little more work, but if you want some good ole fashion hip hop, MCs spitting about their rhyme skills over some hard edged beats, it’s there if you look for it. Enter Mike Control.

The duo of Johnny Bro and Gray Ghost team up to form the group, and they keep it pure and simple: they spit dope lyrics, and they don’t do it over BS beats. This EP kicks off with the first song “Mics I Grab,” featuring an ominous beat and J. Bro and Gray Ghost come out delivering some hard edged battle lyrics. The song is ill, with lines like “I smoke these mics daily like drug addiction/ rhymes I flip em, create native tongues when I bust rap diction.” The second song, “Rhyme Killers,” is cool too, but the beat sounds very much like the first one. Still, the lyrics are once again on point: “I come grand colossal/who wanna jostle with an MC like me, I run my rap full throttle/Mind boggle, my philosophy spit mythological, call me the rap Aristotle.”

On “Rhyme for Rhyme,” they switch their production style up, and this song is just sick as hell. The flow is filthy, and once more the lyrics are uncut raw. The beat features a nice guitar riff in the background, and is top knotch all the way around. Once more, the group is spitting battle shit, and that’s perfectly fine, when they’re saying stuff like “I be this bomb, atomic/roll with my crew, super sonic, I be bionic/ Revonation of Steve Austin, six million styles in one mic, I exhaust em.” The final track, “Pyrotactics,” has a beat centered around a guitar riff and very few lyrics, at the beginning, then completely switches up at about two and a half minutes, with Jonny Bro and Gray Ghost coming on and ripping shit up once again. The song is a fitting end to this short yet potent EP, as that is what it is: short and potent.

Bottom line, this album pulls no punches. It is the essence of hip hop: hard edged beats and hard edged rhymes. No gangster BS or talks of materials, just straight up MCing. Jonny Bro and Gray Ghost both have substantial rhyme skills, and though their subject matter is basically limited to battle rhymes on this album, it doesn’t matter because they do it so well. Basically, if you want a nice change of pace from the crap that’s dominating the mainstream right now, this would be a good way to start. Go to Amazon

and check out their EP.