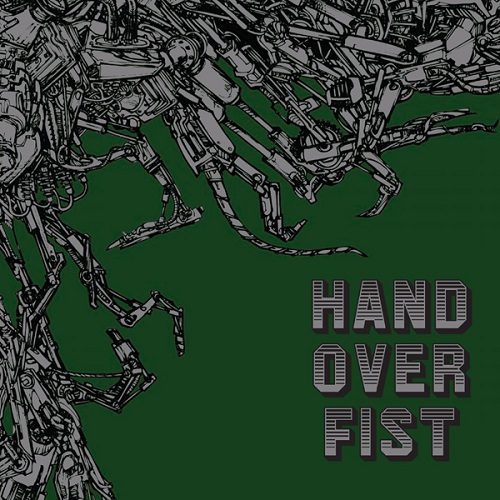 Location can be almost as important in hip hop as it is in real estate. Simply existing in a given spot can say a lot about your music, and your city of origin can play a huge role in your future success, or lack thereof. When I worked at a record store a few years back, a co-worker introduced himself to me by confessing he was from Minnesota upon hearing that I was into hip hop. This was over five years ago at this point â€“ well within Atmosphere’s reign but prior to the full Rhymesayers explosion â€“ and my initial reaction was to laugh when he claimed he grew up in the epicenter of some good rap music. But then I stopped short, remembering all the artists I knew who were affiliated with the area, and acknowledged that he was right. Turns out, dude went to high school with Eyedea and was around for the early days of the local Atmosphere phenomenon. He was a rock fan through and through, but living amidst the Minneapolis scene opened him up to rap music, albeit of the Rhymesayers/Def Jux variety more than Rawkus/Def Jam.

Fast forward half a decade, and it seems ridiculous to discount Minne-snow-ta, or to think of any time other than now as the state’s hip hop heyday. With Atmosphere still in ascendance, Brother Ali staking his claim to top five territory, and P.O.S. releasing with the Jukies, there’s plenty of talent to go around. And that doesn’t even include the massive crew P.O.S. brought with him, a collective known as Doomtree with a roster that runs nine deep without a weak link in the bunch. The group’s self-titled album showcased its members’ considerable skills and rightly earned a number of year-end nods for the excellence of its ensemble cast in such a well-executed collaboration. Lazerbeak contributed much of the album’s production (along with Turbo Nemesis), carving a distinct niche for himself with his postindustrial tableaus over pounding drums, while Mike Mictlan wedged himself into the MC mix with his double-time flow and standout performance on tracks like “Drumsticks” and “Game Over.”

These two have now joined forces to release “Hand Over Fist,” a taut collection of tracks with surprisingly little filler and a short guest list. While the “Doomtree” album saw Mictlan struggling to get playing time in a crowded line-up, “Hand Over Fist” is his emergence as a true starter, as he dominates every song and keeps the spotlight squarely on himself. Other than a small appearance for P.O.S. on the speed-laced “SHUX,” Mictlan is the only voice to be heard here, and he holds it down so well that you never grow tired of his presence. He sounds a bit like El-P but with a more streamlined and manageable flow, and his delivery fits well within the Def Jux palate as well. The beats aid in this comparison, as Lazerbeak’s productions bear much of the El-Producto imprint too, full of noises that might be abrasive if they weren’t so darn infectious. His beats are more like soundscapes than head-nodders, although there are a few of the latter thrown in too, and the busy-yet-desolate ambience suits Mictlan’s visually evocative lyrical style.

The music is so heavy and involved that it occasionally feels suffocating, with Mictlan’s raps the only real outlet, which succeeds in a few ways. First, it creates a clear mood that persists for the duration of the album and easily holds your attention. Second, it makes the MC’s voice your only link to sanity as he guides you through his tumultuous world and gets you to see life from behind his eyes. And finally, it makes the few lighter moments feel like finally surfacing for air, which both highlights these softer tracks and reminds you why the rest of the album is so riveting. Things never exactly get Kanye smooth, but songs like the soulful “LA Raiders Hat” and the jazzified flute of “Young Hunger” keep the album from getting overly dark and prove that the duo can construct an ear-pleasing jam when they feel like it.

There really isn’t much to complain about here, unless you can’t keep up with the blistering pace set by Lazerbeak’s sound machine. Mitlan is a likable presence on the mic, and he switches up his subject matter enough to convey various facets of his personality, from the ready-for-whatever swagger of “Young Hunger” to the autobiographical vignettes of “LA Raiders Hat” and “Northstarrr.” If one wants to quibble, you might ask for a couple of verses for his labelmates, especially since he showed such good chemistry with them on the group album. Dessa in particular would have been a welcome addition to the album. But it’s pretty hard to complain when you’re handed thirteen tracks of solid lyricism and deft flow over forward thinking production, so I’m inclined to just enjoy the album for what it is: yet another strong effort from a spot on the map that just keeps getting better. The Midwest ain’t just Chicago and Detroit anymore.