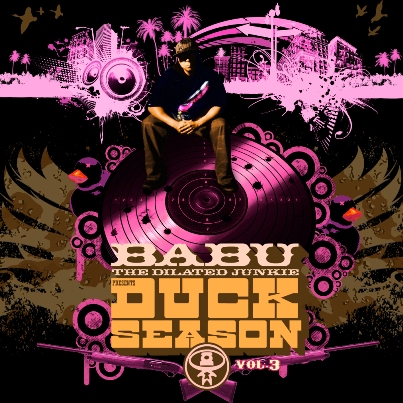 2008 was a particularly rich year for DJ albums, at least in terms of sheer numbers â€“ it seemed like every couple weeks another DJ compilation dropped. They were of vastly differing quality, though, from the pristine turntablism of DJ Revolution to the “what exactly does he do?” confusion of DJ Khaled. If you expand this to include producer compilations, then you get even more quality efforts, like the Snowgoons’ “Black Snow” and Madlib’s “WLIB AM,” but also a universal problem: how to craft a cohesive album out of 15+ tracks each featuring different MCs.

There are a number of ways to approach this issue. One is to try to create a unified sound by choosing rappers who share a similar approach to the emceeing craft, as DJ K.O. did with the East Coast/Midwest vibe of “Picture This.” Another option is to carve out a production niche, focusing on a particular region or era’s stylistic pattern, which Statik Selektah accomplished so well in channeling the grit of early 90s East Coast rap for “Stick 2 the Script.” And if you’re good enough, there is a third way, which is to forget about picking styles or sounds and unify your album around sheer quality. You have to be a master at your craft to pull it off, but if you’re able, you can run with any music you want and emerge with a quality product as varied as it is polished. Jake One achieved this kind of success with “White Van Music,” which spanned a wide range of musical territory, from the mellow crooning backing Posdnous and Slug to the Aftermath bump conjured up for Busta Rhymes and Bishop Lamont, all with remarkable ease.

DJ Babu goes this route for the third installment in his “Duck Season” series, and it may be the best of the bunch. It’s been a long five years since Volume 2, but it was well worth the wait given the high caliber music on display here. Babu is in fine form, even by his lofty standards, concocting beats that are alternately bombastic and understated and everything in between, and tying it all together with his usual immaculate vinyl work. The way he weaves one song into the next and mixes it all in with snappy scratches and precise cuts puts “Duck Season Vol. 3” at the head of the pack, eclipsing the other compilation projects with similarly high production value.

The most impressive aspect of the album is how well it hangs together given the variety of both beats and rhymes it contains. The aggressive horns and vocals of M.O.P.’s “Dearly Departed” somehow sound at home next to the soulful swag and funk guitar of “Fan Mail” featuring Little Brother, Joe Scudda, and D-Brock. It’s redundant at this point, but Phonte out-does his rhyming compatriots by so much that I’m surprised people still agree to be on tracks with him:

“Peace to DP’s and Alchemist
And this is dedicated to them bastards which
gave me and Pooh they ass to kiss
That’s why I’m bout to be reborn, this verse is just a Braxton-Hicks
Just imagine if, you spent your whole life workin’ hard
and still had niggas hatin’ and frontin’
Everybody yeah they on your shit but got they bones to pick
Like we was playin’ Operation or somethin’
Maybe then you might lose it, get a little madder
Wanna choke a nigga, maybe slap a cracker
Maybe rethink your whole strategy and be like
‘Fuck these rap geeks, I’m rhymin’ with Project Pat-a’
I know that’s probably too much for y’all
I could tell all the nerves that I’m touchin’ on
I’m just stayin’ on my grind like bicuspids, dog
I ain’t got time to fuck with y’all, I’m doin’ me, c’mon!”

The musicianship of the album is on par with anything else released last year, and the subtle layering brings out the best of each element. The ’70s blaxploitation groove of “East West Connection” cruises along on the back of a syncopated bassline and receives timely punctuation from some hearty trumpets. It’s the ideal backdrop for A.G.’s tribute to both coasts. Termanology gives another killer cameo performance on the beautifully constructed “Guns Gon’ Blow,” which riffs on a jazzy two-bar piano loop paired with some “oh-oh” vocal samples and a swung drum beat. Yet for every luxuriant arrangement, there is a stripped-down thumper that makes the most of minimal musical frills. The orchestral choral sounds of “For Whatever It’s Worth” are appropriately grandiose for Evidence’s soliloquy, but they have their counterpoint in “2 Feet,” which is composed almost entirely of an extended drum solo. With Kardinal Offishall and Rakaa Iriscience on the mic, you don’t need much extra embellishment, and the occasional guitar interruption changes the pace enough to keep it interesting. “My Opinion” featuring Bishop Lamont straddles these two styles, as it is a drum-heavy beat with a plodding piano melody anchoring the composition and the MC’s voice acting as the third instrument.

Even with all of that, I still haven’t mentioned songs featuring Percee P or Guilty Simpson, or the surprisingly compatible pairing of MF Doom and Sean Price, with the latter eliciting plenty of smiles with lines like, “Fuck a senior citizen, bad gramma jamma.” There are a couple tracks that fail to hit these extraordinary heights, though. Sadly, my hometown boys, the Cali Agents, get one of the more nondescript beats for “Graveyardshiftin,” and M.E.D. has a little trouble carrying “It’s A New Day” all by himself. Other than that, though, it’s top-shelf material the whole way through, and even the slip-ups are relatively minor.

It’s rare that an album compiled of tracks by so many different artists wedges itself into my psyche as a complete work, but “Duck Season Vol. 3” did just that. Even with the occasional change in musical tone and lyrical style, it survives as a coherent work, thanks in large part to the work Babu does in blending the tracks together. Along with Revolution’s “King of the Decks,” this is the DJ album of ’08.