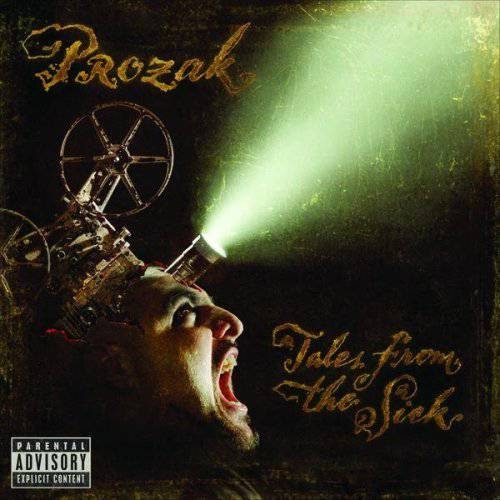 Tales from the Sick

Prozak :: Tales From the Sick

Ignorance is bliss. The convenient excuse sometimes holds true in ways one would have never imagined. If I had bothered to pay closer attention to the members of Project Deadman when Flash reviewed their album, “Self Inflicted,” I might not have picked up Prozak’s latest CD. Flash actually gave the group a favorable review, but unless it’s one of my favorite rappers, I usually am not eager to give a 6.5 rated album a chance. Thankfully I managed to remember the name “Project Deadman” and forget the names “Prozak and Mike E. Clark” when I picked up “Tales From The Sick.” Figuring Prozak was the latest young and hungry emcee signed by Tech N9ne I eagerly prepared myself for the feature film that was figuratively implied by the album’s artwork. Before beginning the “You Need To Listen To Prozak!” campaign, I decided to do a little research just in case someone tried to play smart and actually ask questions. Turns out the joke was on me as I was the one late on Prozak. After re-reading the Project Deadman review I realized that Flash already predicted the potential dopeness that Mike E. Clark and Prozak were capable of producing. “Tales From The Sick” is the realization of that potential.

What’s so dope about Prozak? Every song on his latest album! Seriously, the man has turned in quite an effort on “Tales From The Sick.” Technically some might classify Prozak as a horror core rapper, but the man is much more diverse than given credit for. He is the combination of the social conscience of Immortal Technique, wicked mind of Ganksta Nip, and hook-writing ability of Tech N9ne. Likely Tech N9ne did play a role in the dopeness of the CD, but it is Prozak’s lyrics and voice that carries this album. He flawlessly weaves through a dark, but political, world of despair, hope, love, hate, consciousness, and insanity. If these extremes sound outlandish and exaggerated you just need to take a short ride through some of these sick tales. On “Go To Hell” he sends a big middle finger to those he dislikes and declares his love for the dark:

Yet, on “Good Enough” he explores the frustrations that come with dreaming big and faith needed for success:

“I tried to find my way through life but life did not find me
Pieces of a broken man enslaved in chains and can’t be free
Seems my whole life span a lie
All this pain held deep inside
It seems I fail the more I try
Like this is hell, I don’t know why
All my life I’ve been denied
You can’t count these tears I’ve cried
I just want to run and hide
But giving up conflicts with pride
I just want to touch the sky
Get away, I’m so high
Reach my dreams before I die
Spread my wings so I can fly”

Yet, when Twista comes through on “Why???” he even puts his Chi-City murder raps on hold to deliver this message:

Twista:
“Could you tell me why he would ever show mercy these days
Just look at the world, we be cursing the earth with these plagues
Sometimes I feel evil as if it’s the birth of the worst
and the earth needs emergency surgery all of this hurt can be rage
Turn us into demons that’s screaming
I’m dreaming that even the devil was special before he had fallen from grace
Why do we murder? But God won’t abandon his children
even though his babies will bust a 380 all in your face”

Cypress Hill shows up for a funky smoker’s anthem on “Living In The Fog,” but if you pay close attention to “Drugs” you’ll see Prozak isn’t exactly pro-drugs as he condemns drugs and the dark effects of addiction. I could go on and on with the conflicting views, songs, and thoughts on “Tales From The Sick.”

The genius in Prozak’s “Tales From The Sick” is his ability to walk the fine line between entertainment and social commentary. If you’d like, you could take this album as one dark, gritty horror core masterpiece. Tracks like “Corporate Genocide,” “Bombs Away,” and “Holy War” are social commentary, but they could just as easily be an anarchist’s propaganda against organized government and religion. A track like “Insane” featuring none other than the Insane Clown Posse could be written off as another depressing horrorcore clichÃ©, but if you pay close attention you’ll notice Prozak touches upon the angst, frustration, and despair many people experience on a daily basis. This wouldn’t be the first time the horror genre has been witness to such fascinating dualities. George A. Romero’s “Night of the Living Dead” was viewed by many as a gory and obscene horror movie. Those who looked closer saw a scathing criticism of society and a movie where the living, and not the living dead, were the true monsters. That’s Prozak in a nutshell. The man tells many a “scary” story on “Tales From The Sick,” but at the end of the day the album is less about over the top horror raps and more about how scary our society can be and how much that can affect us.