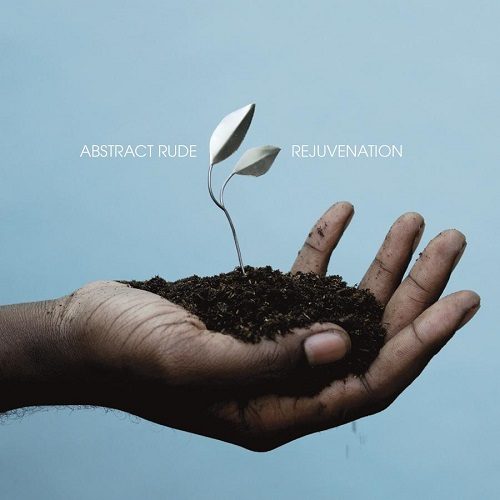 Ab Rude is one of so many artists who deserve to be in the center of a huge spotlight for their consistently top notch output. Dude doesn’t have misses, only hits, so it’s a shame more haven’t stepped up to recognize what a stellar body of work he has amassed to turn those into bona fide hits in terms of sales rather than just quality. I would run down his catalogue to make my point, but it would devolve into tedium rather quickly because of the sheer volume of material he has released over the years. Between solo work, group projects with the likes of Aceyalone (Haiku d’Etat, the A-Team), and collabos with dance crew Tribe Unique, he has put out enough discs to fill damn near two CD changers, with no bad albums to speak of.

That continually high production value endeared him to his Project Blowed affiliates and audience, and it eventually caught the attention of the good folks at Rhymesayers, who inked him for the release of his latest opus. “Rejuvenation” is a dual effort with labelmate Vitamin D, who produces the entirety of the album with the flair we have come to expect from the Seattle native. Having produced for everyone from De La Soul to Gift of Gab, he brings a diverse set of skills to his beat-making craft, with a funk palette predominating. Ab has dabbled in a wide array of sounds to back his raps, with a pretty solid rate of success, but the relatively straightforward soundscape provided by Vitamin D brings out some of the sharpest vocals we’ve heard from him in a while.

Ab Rude has always had a penchant for mixing in a variety of delivery styles, from singing to rapping and everything in between, but he really nails the balance between all these on “Rejuvenation.” From the outright crooning on the introductory “Hip Hop Ryde” to the rapid-fire rhymes of the Haiku d’Etat reunion “Thynk Eye Can,” he picks and chooses his moments to flirt with his more experimental side to perfection, resulting in an album on which he sounds completely at home despite the new direction his overall sound has taken. “Rejuvenation” marks a departure of sorts for him, in his move away from Fat Jack as primary beat-maker, and while it is noticeably different, Vitamin D’s beats fit so well with the Abby Rude vibe that they might as well have been partners for years.

Their chemistry is evident throughout. “Nuff Fire” showcases Ab’s sing-song flow over a punchy bassline and electric guitar highlights from Vitamin D, with Abby dubbing the song “a hit like baseball, broken bat single.” Vita’s funk borders on blaxpoitation era R&B for “TV Show,” while Ab Rude rhymes a la GZA on “Labels,” name-checking television series left and right as he spins his narrative:

“S’posed to be Happy Days but we’re in the Land of the Lost
And this Charles In Charge, nigga, tell me Who’s the Boss?
Disregard authority and in jail you’re tossed
You’ll end up in Night Court fightin’ L.A. Law
Singin’ Hill Street Blues, NYPD Blue
Honeymoonin’ and Moonlightin’ on job number two
It’s a Mash, still it’s a livin’, I’m Living Single
With two other friends, we the Perfect Strangers, three different people
Three is a crowd, what about the Jackson 5?
Inside of this Full House we got them Family Ties
Cuz Family Matters to us, why we had to do this
Soon all them little lads with they bad influence
Will be scared straight cuz Perry Mason’s on the case
Hawk Hunter and Dragnet, Cagney and Lacey
SWAT, CHIPS, McGyver, with Charlie’s Angels
Hire A-Team, you’re liable to escape harm and danger”

Vita switches the tone up a bit for the story track “Sadly Ever After,” using a start-stop acoustic guitar pattern with plenty of open space to highlight Abstract Rude’s verses about a family of three and its members’ struggles to come to terms with their roles and relationships with one another. It’s a nice change of pace from what has come before, and it’s another example of the bang-up job Ab Rude does in using his smooth-as-silk voice to its fullest potential, flowing like water for the verses and singing the chorus with a sense of irony you can’t help but feel. “Tomorry” continues the philosophical tenor for a bit longer, but Vita gets us right back to the funk for “RSVP (Wanna Party),” whose sing-along hook and delicately layered beat are tailor made for summertime.

Finding anything to complain about on this album is hard to do, although I suppose you could quibble with a similarity of sound that pervades many of the tracks. That would be splitting hairs, though, as Abstract Rude and Vitamin D have crafted an organic sounding album with song after song hitting the mark and no real slip-ups to be heard. There is a relative dearth of guest appearances here, but that actually works in the album’s favor because Ab is so good at switching up his flow and delivery that he’s like a one-man band all by himself. And the guests that do show up – well, they’re typical Project Blowed quality. Aceyalone and Mykah 9 come through for the aforementioned “Thynk Eye Can,” and this song’s remix features a number of up-and-coming Blowedians who all stake their claim to future solo work you should be copping. Sahtyre, Busdriver, Open Mike Eagle, and Dumbfoundead all contribute solid bars to the effort, but NoCanDo steals the show, dropping gems like ,”Don’t doubt your instinct, quit acting so nervous / You’ll just hurt yourself, kinda like Plaxico Burress.” It’s just further proof that, when it comes to rap crews, few run as deep as Project Blowed. The only question that remains for these young talents is whether or not they can compile an album as skillfully as elder statesmen like Abstract Rude. Because with “Rejuvenation,” he has earned the right to sit at the head of the Project Blowed table alongside Aceyalone.