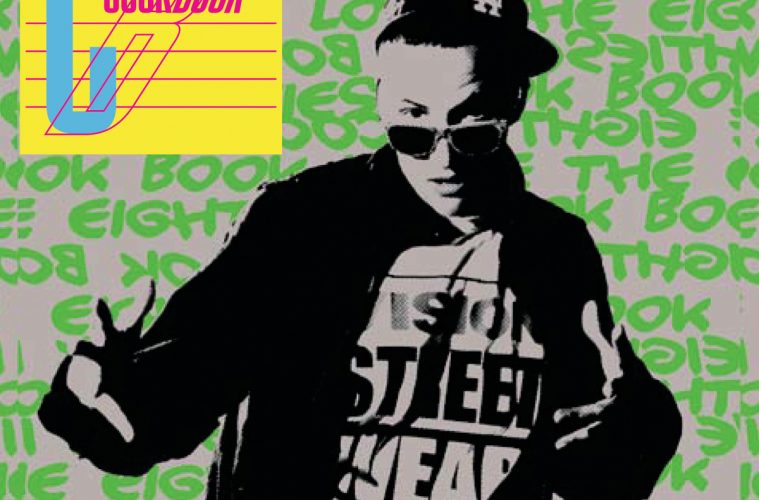 Leave it to Cali-based emcee and producer Cookbook to create an album celebrating the most useless of all decades: the 80’s, ick! That’s coming from someone who was born in 1982. Truly, the decade in question was a time period searching for it’s own identity in many ways. The music faded away from rock dominance of the 60’s and 70’s to some more dance-inspired synth-driven artists. Not surprisingly, this new LP from a member of the L.A. Symphony draws from such influences and fuses them with the rhymes of this era.

When the hollow break beat of “Ready for the World” kicks in, you will know exactly what kind of experience to expect from the album, named after the trademark VH1 television program. Here Cookbook spits about how he is focused on the music and about to blow up with some choice bars like, “I’m Nas on the Illmatic/I’m rough blowing up because I’m still at it,” and “Or ‘Pac dancing for Digital Underground/A pivotal point in my career finally come around.” Cookbook, in case you haven’t heard him before, can be fairly compared to newcomer Asher Roth in terms of his nasal vocals and delivery.

Like “Ready for the World,” all of the tracks on this conceptual album are named after pop culture from the decade. These range from the obvious; “Die Hard,” “The Huxtables,” to those with less notoriety like “Electric Youth,” (Debbie Gibson’s second LP) and “Vision Street Wear,” which is a company that markets their trends towards skateboarders. Yet, the references within the lyrical content do not all necessarily pre-date the 90’s.

“Reaganomics,” like most on the disc, uses a sample you would never expect to meld with contemporary hip-hop, but it all has a charming appeal. Thankfully there is not a lesson about Ronald’s economic concept to put you to sleep. The titles of the tracks usually just have a very loose relationship with the lyrics therein. For instance, “Molly Ringwald” is simply about the perfect woman. She’s definitely not my perfect woman.

The middle of the album gets bogged down with a few mundane joints when considering the likes of “Andre the Giant” and “Lost Boys.” The source material on the latter is so muted that the levels do not really match up. This is a concern for any album that borrows from so much older material, however, it rarely is a problem on this album.

“7up” fares no better. This is unfortunate as the soda-inspired track is one of the few joints that features guests. Usually Cookbook handles the rhymes perfectly fine on his own and does not need assistance. Nothing against UNO Mas, Kiz Charasmatic, Paydough, Theory Hazit and Souldado, but it would have been nice to seen some of the more well-known talent like Evidence, Pigeon John, Scarub and DJ Rhettematic, whom all appear on Cookbook and Uno Mas’ next record “C & U Music Factory.” The reference of “7up” is one of the few that does not make much sense too, since the lemon-lime flavored drink was made in the 20’s.

“Neverending Story” is an excellent closer. Souldado, the guest emcee, comes across a bit gruff; however, Cookbook is on point when he finds a track that suits his straightforward, often witty, flow. This particular cut packs reference after reference. Throughout he raps about Eddie Murphy, Perfect Strangers, Darth Vader and more. It is this accessibility that makes “I Love the 80’s” a light-weight, yet enjoyable, ride. The finishing touch is the Ferris Bueller sample that brings the disc to it’s culmination.

“I Love the 80’s” will have listeners trying to place all of the references like listening for The Game’s namedrops. Those that are all nostalgic about the pitiful decade that brought us shameful products like slap bracelets will find Cookbook’s new CD a blissful experience. For those like myself, who do not feel that the ten years offered much up in terms of substance and do not like the overall representation of music…well, that audience will be less enthralled.   It’s definitely an innocent album that deserves the free download on the artists’ Myspace page.  No matter what, it’s a lot better than listening to some second rate comedians try to make jest of such easy targets.