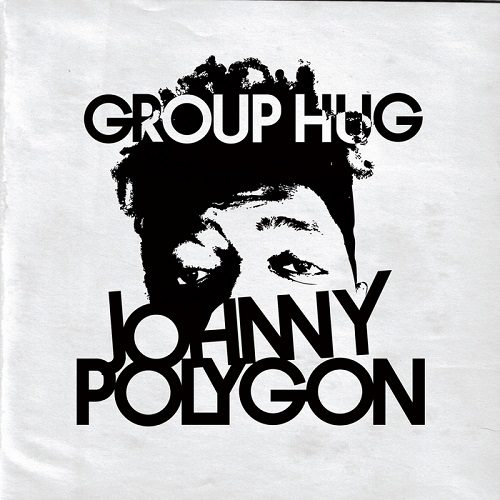 Geometrically speaking, a polygon is a closed planar shape made up of three or more straight lines or sides that are connected end to end. By this definition, triangles, octagons, and even rectangles are all polygons. It’s only fitting that Johnny Polygon, the debut artist of DJ Green Lantern’s Invasion Music Group, has more than one side to his craft. For those unfamiliar, the up and coming Johnny Polygon hails from Tulsa, Oklahoma and has been blessing the mic since the age of fourteen. He caught the attention of Green Lantern by way of a MusicNation.com competition as a semi-finalist. With assistance from Green, Johnny has made a few notable appearances, including “Price On Your Head” which was included in “Grand Theft Auto IV” and a featured spot on Nas’ “Black President” from “Untitled.” All of Johnny’s talent and hard work have led him to this point in his career, and just like the opening seconds of “Group Hug” declares…”ladies and gentlemen, here’s Johnny!”.

The EP opens with “DopestFlyestOgPimpPlayaHardcoreMotherfucker”, and if that string of words is familiar to you, then more than likely you have heard the “First Impression” interlude from Ice-T’s “O.G. Original Gangster” album which is sampled to make the hook here. It’s an exceptional introduction to Johnny’s brand of hip-hop, as he aims to let you know how dope he is, piss you off, and take your girl all at the same time as he raps:

“Every athlete sniffs coke at least once
And every priest wants to get blown at least once
And every rich family has a Japanese son
that they adopted to get discounts on Nissans
And everybody needs a shoulder to lean on
Except for me and R. Kelly, we use ’em to pee on
‘Cause if you’re 15 and don’t know the difference
in between gettin’ pissed on and havin’ sex…
You deserve to get pissed on next, are you pissed off yet?
Is the alarm goin’ off on your wristwatch yet?
Are you aware that you’re listening to hip-hop yet?
Does the mention of my name get your bitch all wet? I bet
I fucked her once and never fucked her again
‘Cause after I saw her naked, I knew that we were just friends
Not sayin that she’s ugly dawg…I mean, I fucked her
But all I had to do was tell her I can sing like Usher”

Just when the listener is getting used to the over-the-top-at-times boasts of Johnny Polygon, he switches it up with “The Riot Song”. This song is the first showcase of Johnny’s crooning abilities, reminincent of a younger Pharrell Williams, he even throws in a rapped verse for good measure. Johnny gets back to the hip-hop side of things with “I Been Runnin”, which is certain to damage a few trunks with its heavy bassline. Here, Johnny shares his philosophy on fighting among other things:

The ever versatile Polygon flips it once again with “Do You Love Me?”, which sounds like it could be a leftover track from Kanye West’s “808’s & Heartbreak” but without the Auto-Tune. That’s not a knock on Johnny by any means, it’s just that the song has a heavy synth-pop feel to it and actually compliments JP’s singing voice. On “Turbo Light Beams”, Polygon asserts that there’s “no such thing as dreams” and that in fact there’s only reality to go by, as he raps:

“I can do anything I want, anything I set my mind to
Let me remind you…’bout my grind
I think it’s high time
That I sign legitimate checks
And in the meantime, if I ain’t gettin’ ’em yet
I’m a get up on stage and try to get me respect
And if I get any less…
It’s my fault, I’m an adult
I’m responsible for my downfall
And for my rise, so it should come as no surprise
When I look you in the eyes and tell you that I’ve arrived”

“Group Hug” closes out with “Rule The World” and a hidden song called “Mystery”. Both songs feature a singing Johnny Polygon, but the former is a rock-inspired tune that reminds me of Andre 3000’s “Hey Ya” from “The Love Below.” It’s a bit of a departure from the other songs on the EP, but it’s executed perfectly and further illustrates Johnny’s versatility.

I’m under the impression that the main purpose of this EP is to lift Johnny Polygon to a higher stage and show the world just what he can do while whetting the public’s appetite for a full length release. I’d have to say the mission was accomplished. “Group Hug” has something for just about every mood and JP is comfortable with each style that he decides to embark upon. I’m interested to see how well he balances his styles as he moves forward as an artist, but for the moment he’s done quite well to prove that Johnny Polygon is no square.