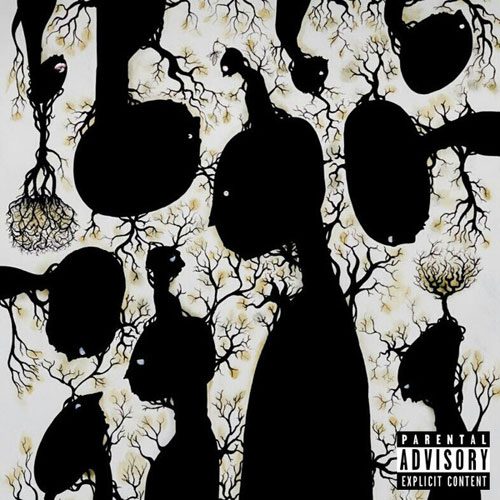 Johnny Polygon :: The Nothing

It seems like it was so long ago when I sat down with Johnny Polygon’s “Group Hug EP,” doing my best to dissect it all and jot down some of my thoughts on the project. That was in May of 2009. I remember all of this so vividly because the Tulsa, Oklahoma native’s “Group Hug EP” was the first album that I reviewed for this fine website. The following year, JP released “Wolf In Cheap Clothing.” The project helped me understand Johnny’s style a bit more. He likes to sing, he likes to rap, he loves pussy (and who doesn’t?), he uses drugs and he’s susceptible to heartbreak. After WICC, Johnny maintained a connection with his fans but he hadn’t released much new music. Later this year, Johnny plans to pull the trigger on “Pussy Gun” but he’s giving us nothing in the meanwhile…”The Nothing” to be exact. The 12-track project features production from ACDMY, Daygee Kwia, Mateo, Precision and Picnic Tyme. From the onset, it seems as if we’re getting a deeper Johnny Polygon this time. Take the opening “Purple Mess” for example:

“She don’t like violence but it’s all around her
No sense in watching her bleed
Love over everything, I want to make her fall in love
See what she sees
[…]
We said we’d fix it all tomorrow, but that’s the day that never comes
Yesterday’s done and gone
Turn to blue, believe in God all that she’s done”

Rapping Johnny makes his first appearance on “Normal” declaring that being normal is his worst nightmare and that he prefers to keep a tight grip on his cocktail and a loose grip on reality in the meanwhile. Johnny says that “Whoa Is Me” is a love song of sorts and wonders if he’s the only one not overly concerned with being famous on “Brainpowder.” One of the album’s highlights is “Lovesick (Super Nintendo),” a look into a relationship that has seemingly run its course and is now doing more harm than good to both of its participants. The following “Kosher” seems to be perhaps a predecessor to the song that precedes it. Here, we find Johnny suggesting that it would be terrible if they both admitted that they were miserable, but also suggesting that it would be fun to pretend that he was the only one and that everything was alright. Another standout track is “How It Feels (Change Your Mind)” which examines the trappings that come with having more fans than the average man, as he raps:

“Bammer, bammer
I’m rich, I’m Kelsey Grammer
I lose my wits about myself, yeah I get some MC Hammered
Bout it, bout it
I stay so bout it, bout it
I’m all up in your house and I can’t leave ’cause I’m surrounded
Post-nasal drip, bong rips and nipple slips
Stop and steal some roses, yeah I appreciate the simple shit
Haters say that it’s stupid shit, thank God that I’m used to it
If I get as mad as I used to get…
I’d probably be locked up like ‘what the fuck?!'”

Johnny is on his superstar shit on “Super No Lye” as he enters a party acting as if he owns the place, with three friends and a bunch of people that simply act as if they give a shit about him. His perm is behaving and the pussy that surrounds him simply smells amazing. Towards the end of the song, JP gives a few words of wisdom about saving money and the difference between gimmicks and reality. The affair comes to a close with “Sir John Pol’s Exit” and “The Other F Word.” The latter is another look at fame and the addiction to it, questioning if it’s even worth the hassle when looking at the downside of it all. At the end of the day “The Nothing” is more like “The Something.” It makes for an interesting listen. The project feels more polished than those of the past, which is saying something because I felt that JP’s previous projects were put together pretty well. The crop of producers laying the aural backdrops for Johnny did an exceptional job of capturing the mood of this album. It took awhile, but for the most part “The Nothing ” was worth the wait and at this rate, “Pussy Gun” has the potential to be not nothing…but everything.