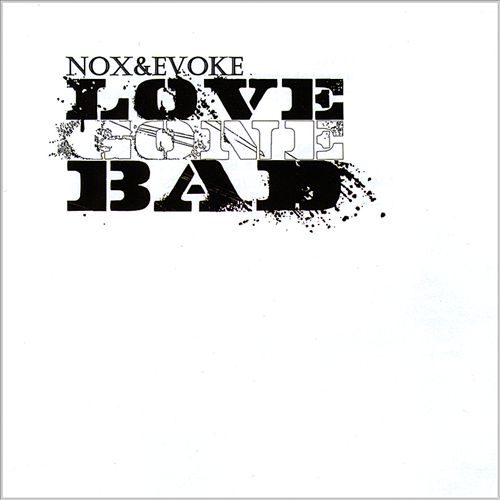 Victoria, British Columbia may not be the easiest place to launch a rap career from. On the plus side it is the capital city of the westernmost province of Canada, but on the minus side it only ranks as the 15th largest metro in the whole country. Still the size of your hip-hop scene isn’t always reflected by your size on the map – after all Bubba Sparxxx came from Athens, GA and that’s only a third the size of Victoria. In fact Victoria has a music scene that produced the likes of Nelly Furtado and Swollen Members. Like Rakim said so many years ago on “I Ain’t No Joke,” it ain’t where you’re from it’s where you’re at. Nox & Evoke are exactly where they need to be, the flagship act on the fledgling label Lemontree Records, looking to make a name for themselves not just in Victoria or in Canada but as far as they can go.

Nox (a.k.a. Tyler MacDougall) & Evoke (a.k.a. Alexander Eddy) are self-produced, which is fairly typical for the rugged Canadian hip-hop scene, with Nox providing all the beats but both men spitting raps throughout “Love Gone Bad.” On the opening track “The Gift” they trade bars for the first verse before splitting their duties on the second and third.

Evoke: “When I dream, I believe what I see
Know the greener it seems I just keep where I be
And I plead with the sky, set me free
Give a sign when I plead for the lies to release me
God knows I got flow, I got home sober
and I know when I roll over to a new day
it’s too late to prove fate’s over
A crusade, they’re waitin for a new face forward”

Nox: “Take caution, like graverobbin I do dirt
Can you dig it? It ain’t stoppin, the truth hurts
Kick in the door, after bustin the lock
Ain’t the sharpest knife in the drawer, cause that one’s in my sock
Fat blunt between my lips, headphones blarin
Son I ain’t playin like neglectful parents”

It’s a solid start to this short six song EP, followed up by sung flows of Victorian pride anthem “Get Away.” Honestly after hearing the track, I’m half tempted to go there on vacation myself, and you may find yourself wanting to get away to the “open seas, ocean breeze/West coast that’s home to me” too. Things slow down as the soulful sax wails away on “Lockin the Door” featuring DeiWa, the one song here that may epitomize the name of their EP. It’s a true tale of love gone bad with no punches pulled with a bitter spiteful rap about an ex:

“Nights is lonely, but I don’t want you no more
So I, invite you over but then lock all my doors
See I’m the, survivin soldier, who fought through your war
My heart’s, icy cold now (like it wasn’t before?)
Huh, but since you left I couldn’t be better
How about you? Too drunk to remember
Homewrecker, whole mess of mistakes
Gettin shitfaced, wonderin how a different dick tastes”

DAMN! Nox & Evoke aren’t playing around with the sound – they’re clearly vets of the Victorian hip-hop scene with a take no shit attitude. There’s not much to find fault with on “Love Gone Bad.” Even though the duo describe themselves as “a bunch of self-made fuckups turned entrepeneurs” on “Like I Want,” they’re not nearly giving themselves enough credit. The entire “Love Gone Bad” EP was a pleasure to listen to, which is to their benefit given they only have six songs to establish who they are, but many rappers with albums three times the size don’t have half as many listenable tracks. To be fair their beats need a LITTLE more polish. The occasionally dirty sound works for an up-and-coming group but to compete in their own city let alone beyond they should tighten it up a little bit. Nevertheless drop by Lemontree Records and check them out for youself, and you may find you want to add Nox & Evoke to your playlist.