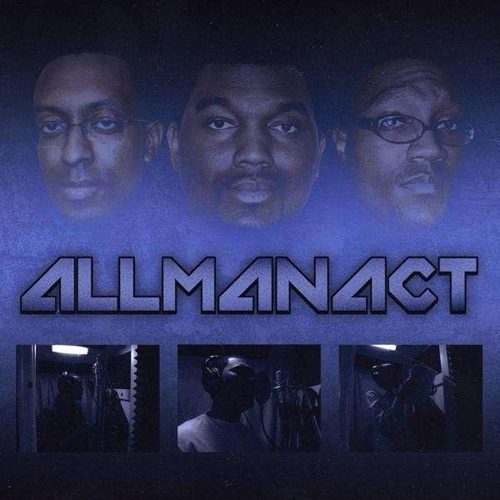 AllManAct, as you might infer from their clever name, are a three-man collective, making music that combines both R&B and rapping. If that set off a warning sign in your head, it’s understandable as that description could also be applied to Pretty Ricky and a few other forgettable groups. Why has this kind of thing worked so rarely in the past? Perhaps because it’s hard to produce either genre successfully on its own, let alone together. Regardless, it seems the Richmond-repping AllManAct are not alone as Jermaine Dupri, Nelly, Usher et al. have apparently combined to form The Has-beens Ocean’s 7, a similar-sounding genre mixing group. God help us all.

Unlike JD and company, however, AllManAct are more or less humble, down to earth people, as their self-titled debut deals with such routine subject matter as being a mama’s boy, video games, and everyday pick-me-ups on “The Little Things,” which at times seems like an unintentional adaptation of mylifeisaverage.com (“the relief when you hold it in and then get to pee”). Emcees S.T.L. and DeFakto are nerd rappers, but when the subject matter strays from the individual to the general, “AllManAct” becomes as ordinary as “The Little Things.”

In fact, almost nothing about the album stands out besides these occasionally quirky tracks. The productionâ€”handled both by group members and brothers D-Vine and S.T.L. as well as Boston George and Prince G.â€”is truly average, as everyone seems to understand the necessary conventions of hip hop production, yet no one has mastered the art well enough to produce anything that doesn’t sound rather cheap and ordinary. On top of that, D-Vine’s R&B hooks usually walk the line between boring and serviceable, but never truly catchy or profound. And when the emcees are restricted to simply rapping about women, there’s really nothing to speak favorably of, other than S.T.L.’s sometimes complex flow.

“AllManAct” also suffers from being overlong. The album includes two unnecessary remixes, with only the surprisingly effective “Fly School Musical” making the last third worthwhile, as it cuts out any sappy R&B in favor of easygoing rap and funny enough cheerleading parody. The album is by no means bad or poorly executed; it’s simply, fatally mediocre.