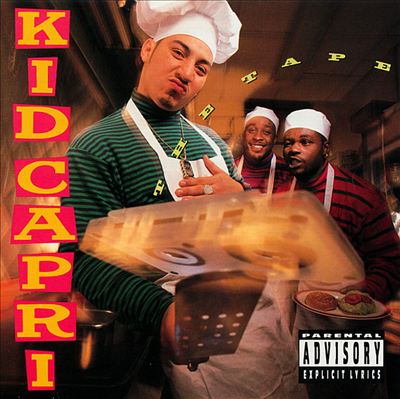 “Peace to Ron G, Brucie B, Kid Capri
Funkmaster Flex, Lovebug Starski
I’m blowin’ up like you thought I would
Call the crib, same number, same hood
It’s all good”

To my knowledge the history of the hip-hop mixtape has yet to be told in detail. A key moment in its mainstream recognition came in 1995 with Funkmaster Flex’ “60 Minutes of Funk,” which was the first widely available, fully licensed US release that introduced the street format to retail. Before “60 Minutes of Funk,” mixtapes were actual cassettes, originating from tapes that held recorded club gigs or radio shows. At some point DJ’s began recording mixes exclusively for tape distribution. This brief synopsis only covers mixtapes in the very sense of the word, before the definition of the term became increasingly diluted.

New York mixtape DJ’s of note included old school personalities such as Brucie B, Lovebug Starski, DJ Hollywood and Star Child, disc jockeys of established rappers like Big Daddy Kane’s Mister Cee or Evil Dee of Black Moon, and regular club/radio DJ’s. Several New York DJ’s took the mixtape game to the next level in the ’90s, particularly Doo Wop, Ron G, Tony Touch, Funkmaster Flex and Clue. Kid Capri, regularly cited as one of the greatest of all time, may have preceded the aforementioned by a few (historically crucial) years as he may have been one of (if not the) first to sell homemade mixes, especially striking a nerve with R&B collections such as “Old School Part 1,” “52 Beats” and a James Brown mix.

Bronx-born David Anthony Love is reported to have spun his first wax at age 8 (the year would have been 1978). In the latter ’80s he would partner up with Star Child for a short period, go on to rock venues such as S&S, Zodiac, Studio 54, Roof Top, Fever, Castle, Powerhouse, and sell some of his sets on tape. Given that background, one would assume that a 1991 release by Kid Capri on respected hip-hop label Cold Chillin’ entitled “The Tape” would be an early appearance of the mixtape phenomenon in the recording industry. It’s not. While the title clearly references Capri’s mixtape clout, the album tries to establish him as a rapper.

In fact, if you hadn’t the slightest idea who Kid Capri was, “The Tape” gives very few indications as to his first love. “This Is What You Came Here For” leaves a few hints:

“Tape Master, blew up large
I sit back, let my girl give me a massage
sippin’ Dom Perrignon, eatin’ grapes
while Silver D mix the record with no mistakes
This is the life, so how could I give it up?
If anything, the Lords is gonna live it up
And Money Mark, he’s sharp as a Acura
You used to laugh, so now he’s laughin’ back at ya
So now you know how it feels when the tables turn
Kid Capri is in effect and I’m here to burn
[…]
For a moment I thought that I’d let you wait
for the lyrics of a poet, Capri the Great
Rap lord with a twist, I promise you this:
That I’m bad on the mic, double-bad on the mix
I put people in the groove, I make big crowds move
and I proved I’m smooth and so now you’ve
gotta give me the benefit of the doubt
Let me show you what it is to turn a party out”

Ironically, faithful followers of the Tape Master would have had every reason to complain that this is not exactly what they came here for, that if they indeed “came to see a real rapper rap” (to quote Capri), they were let down by the label that gave them Big Daddy Kane, Kool G Rap and Master Ace. Looking at the bigger picture, however, we have to remind ourselves that deejaying is the very foundation of hip-hop, that rap itself evolved from DJ’s who were not at all strangers to the microphone. So even though it seems that with “The Tape” Kid Capri turned his back on what made him popular in the first place, a closer look might just reveal that for him it was just another way to contribute and pay tribute to hip-hop itself.

Short of an X-Ecutioners album, you’ve probably never seen so many DJ’s involved in the creation of a rap album – KC is backed by two DJ partners, Silver D and Money Mark AKA the Lords of Funk. The album is produced by Biz Markie (nowadays a DJ regular himself) and his DJ Cutmaster Cool V, plus engineered by Ivan ‘DJ Doc’ Rodriguez.

Nevertheless, this is a rap album with the requisite rap-related boasts. As far as the Kid’s performance goes, some would call him a shouter (to the point where he often becomes aggravated), but several cuts would also prove them wrong, most notably the seductive “Whisper” (which also features the bedroom voices of Silver D and Money Mark). On other tracks he displays a remarkable vocal sensitivity. Assisted by Cold Chillin’ crooner TJ Swan, he gives a flawless performance on “This Is What You Came Here For,” a gem of a rap slow jam that marries Capri’s crystal-clear diction and subtle showmanship with the classy beat to near perfection. Vocal nuances can also be heard in the three storytelling episodes. “News Story” opens the album with a cautionary tale about an underworld figure who “used to snitch and snitch just to get on the switches / but the brother didn’t know that snitches get stitches.” “Billy” is a (due to the hook somewhat grating) portrait of a con artist, and “Hang ‘Em High” is an anything but objective report about a child molestation case.

These songs actually correlate with the image of the DJ as an agent to an audience, as Capri tells these stories in the third person (but still with personal involvement). And even though he surely would like to be the star of the show in “Apollo” (“Kept sayin’ to myself I wish it was me / that was on the stage doin’ my r-a-p”), the song is foremost an homage to the Apollo Theater. If any song here should have the tag ‘hip-hop classic’ attached to it, it’s this single. Drawing a line from the Godfather of Soul (“He said ‘Please, please…’ – then started rappin'”) to rap music (“Nothin’ but black stars risin’ to the top / Now you see what’s takin’ over, we call it hip-hop”), Capri musters the mandatory enthusiasm as he pumps additional adrenaline into the oft-sampled horns of “Darkest Light” and the wrecking guitar of “Get up, Get into it, Get Involved.”

The samples on “The Tape” are mostly top-notch. Even the club track “Lord’s Party” wallows in vintage soul, Biz and V serving up a shuffling groove interspersed with funky breakdowns while Capri moves the crowd like a true master of ceremony. Other hype tracks that ride dope breaks include “You Know My Style” and the single “Joke’s on You Jack,” both of which feature all-too-rare scratching. Those in the know will recognize several familiar sources (all samples cleared, Biz?), made later popular by bigger rap artists.

“The Tape” is a footnote in Kid Capri’s career (as well as in Cold Chillin’s catalog). It’s a naive rap album, not just because its vocalist thinks he can establish any kind of rep as a rapper, but also because it dates from an era that hadn’t yet discovered the value of guest appearances and other marketing strategies. His second album from the late ’90s placed him back behind the decks, but admittedly the Afro-Italian had since ascended to the status of a star DJ. But in the early ’90s he simply gave it a try, and together with his team came up with at least a handful of undeniably fresh tunes, from the old school tribute “Step Off” to the “hardest working man in hip-hop” theme “Don’t Sweat Me,” which too refers to his street fame based on “Kid Capri tapes”:

“I’m very cool, I keep to myself a lot
don’t try to be somebody that I’m really not
Some guys are jealous, come on fella, how ya livin’?
You’re mad because you hear my voice in every car that’s driven?”

Perhaps this album coincided with Capri’s desire to communicate more directly with the party crowd or radio listenership. Maybe he was already in the process of delegating some deejaying duties to the Lords of Funk. Many famous hip-hop jocks at some point used to have associates to do the talking or the spinning, or to even just pick and prepare the records (just ask Jazzy Jay). That doesn’t change the fact that Kid Capri was the Tape Master before “The Tape.” When Stetsasonic’s Daddy-O named a song after him in 1993, praising his mixtape magic, Capri had already forgotten the alleged “sucker MC’s violatin’ my powers / studyin’ my style for hours and hours” and was looking back on a mixtape battle with Doo Wop (reportedly the first of its kind). Yet despite history having passed its verdict, these 60 Minutes of Kid Capri make for an entertaining glimpse into a parallel rap universe where DJ’s are completely in charge. Coincidentally, things wouldn’t be much different.