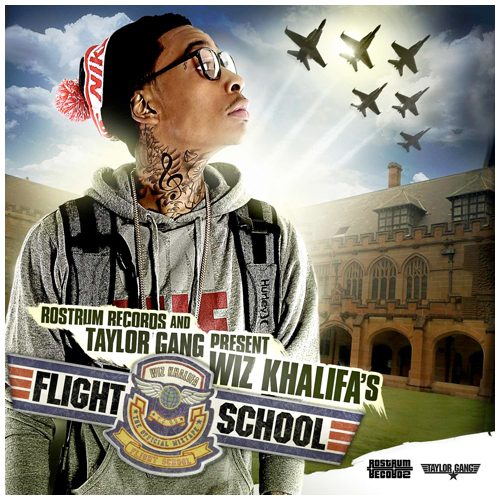 It’s been talked about before, but I think we’ve finally reached the point where the hype behind mixtapes has equaled or even eclipsed that of artists’ albums (with the exception of the elite few e.g. Kanye West). About a month ago, the nearly simultaneous releases of three new mixtapesâ€”from Wiz Khalifa, G.O.O.D. Music signee Big Sean and the 9th Wonder co-signed Skyzooâ€”caused what was probably the most discussion and excitement seen in hip hop all year, and the recent week that saw legends like Eminem, Busta Rhymes and Meth & Red dropping on the same day seemed only slightly more stirring. After all, Drake’s mixtape “So Far Gone” is still without competition for best hip hop record of the year, and Jadakiss’ “Kiss My Ass” was predictably much better than his Def Jam debut, “The Last Kiss.” Mixtapes are hardly new to the genre, but it now seems that the number of downloads they’re receiving are putting the number of albums sold by more famous artists to shame.

Understandably so. The two Jadakiss records are the archetypal comparison. While “Kiss My Ass” is short on features and heavy on early-2000s soulful production and raw lyricism, “The Last Kiss” plays like a series of failed hits with the laziest contributions from the likes of Mary J. Blige, Swizz Beatz & Pharrell. In fact, of the few tracks worth keeping on the album are those that feature Raekwon, Ghostface Killah & Styles P. Case in point: Jadakiss is not at all effective when limited by a label as to what type of music he can create.

This means that mixtapes are perhaps much better reflections of the artist’s personality than albums could ever be. They offer boundless creative freedom and the opportunity to choose any pre-used beat they can find an instrumental for, or to grab some new ones for themselves (historically, a mix of recycled and new beats seems to produce the best results). Most fans should have learned by now that if they want the best of an artist, the internet is the place to look, and rappers are starting to understand that as well.

Oh yeahâ€”you came here for a review, not an industrial critique. Wiz Khalifa’s “Flight School” is good. In fact, it’s the second best mixtape I’ve heard this year, and a strong case that Drake is not the only young rapper who deserved a spot on XXL’s Freshmen 10 more than just about all of them (or at very least, more so than Ace Hood, Cory Gunz or Charles Heroin Hamilton). It’s a deliberately simply conceived mixtape; the subject matter never strays far from weed, money, clothes and women, nor does the production ever give the bass a moment of rest. Minus any gang-related motives, it’s an East Coast take on “The Chronic,” specifically designed to sound wonderful in the whip and to score the preparing and smoking of a certain herb (“Flight School”â€”get it?!).

Wiz Khalifa is a clever rapperâ€”if you’ve heard any of his previous, more topically ambitious mixtapes, you know thisâ€”but he’s mostly on autopilot here (pun fail), though his autopilot is still more interesting and effective than the greater bevy of up-and-coming emcees. He has a good sense of humor and a penchant for catchy punchlines, as on the excellent techno-backed “Get Sum”:

“They say the boy is sick and they can’t diagnose my symptoms
Went and seen the doctor, try to find me a prescription
Told him since a early teen, all I seen’s the color green
He said there ain’t nothin’ wrong, probably wasn’t listenin’
Outta town I’m anywhere that paper be
Grandma tell me go to church somebody need to pray for me
So I leave, go and see the preacher, he say holy smoke!
See I’m nothin’ like you, my pockets got the holy ghost”

Production is handled mostly by Khalifa’s fellow Pittsburghians, including Johnny Juliano and E. Dan, and tends toward a bassy, electronic sound that is meant for powerful sound systems that can handle its booming beats. Among the recycled beats is a fresh update of The Pharcyde’s “Runnin,” a classic J Dilla beat with a laid-back style that’s perfect for Khalifa to add his agreeable rhymes to: “Ain’t comfortable but got my feet up // it’s hard to hear you when you 30,000 feet up // Claims since I got my cheese up, I been walkin’ round, chest out like some D-cups.” And while overlong and at times repetitive, “Flight School” is easily the best summer record we’ve been given so far, while we wait for “Detox” in a future summer.