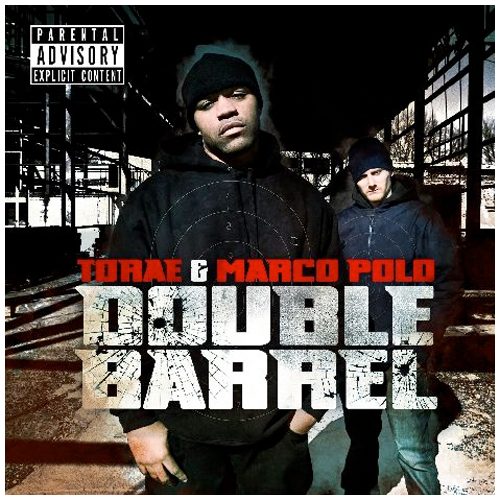 It’s difficult to decide where to start when it comes to the latest Duck Down Records release. I could continue to praise Duck Down Records for the high profile releases they keep giving us since their resurgence. I could praise Marco Polo for the fact that he’s quickly established himself as one of the top producers in the game. I could praise Torae for such a quick rise in the rap industry, turning an independent album into a deal with Duck Down in less than a year. All in all, everyone involved in the production of this album deserves some props. It pairs a hungry emcee with a hungry producer. It was delivered as promised with no delays. Most importantly, it lives up to the hype and expectations.

The album kicks off with DJ Premier on the intro which eliminates any accusations that Marco Polo is merely another Primo imitator as the man would not cosign a copy cat. The closest Polo gets to jocking Primo’s style is on “Double Barrel” and “Lifetime” when DJ Revolution lends his scratching skills to the hooks. Marco Polo shows his versatility on tracks like “Crash The Party” where he makes a club banger for Torae to hard body with his raw rap style. While Marco Polo was clearly influenced by all the production greats, his beats and sample selection are so dope he makes up for his lack of innovation.

Torae is an emcee who made noise before with the production credits on his first official album, “Daily Conversation.” He sounds dope on the right production and Marco Polo provides that here. He is not a ground breaking emcee, but he gets the job done well as he shows on “Crashing Down:”

“Yo, I put all my eggs in the same basket
This rap shit, or should I say got stuffed in the same casket
Because if music is really the way Nas said
Then I guess I should deal with the life after it
I make joints from the heart when I’m crafting it
And sit in the sessions to mix it and master it
When I was eleven, started to chase after it
Took seventeen long years later to catch the shit
And by the time that I got it
It seemed like the best years was far behind it
I done witnessed the high heights, the plummets
The same niggas that ain’t go gold that used to run shit
You can’t rely on the public
At least niggas used to cop it and then dub it
So what the fuck do you do when you still love it?
And struggling to make your living from it?”

Torae can tell a story well and craft a clever metaphor at times. He is never boring or wack, but fails to rise to the levels of the truly great emcees. Still, on “Double Barrel” Torae holds his own quite well.

Overall, “Double Barrel” is a banging album full of unadulterated hip-hop. Duck Down continues to outdo itself on the underground circuit with its albums. In addition to rejuvenating the careers of other Duck Down stars, this album shows Dru Ha still has the ear and business acumen it takes to be successful in the changing music industry. Marco Polo should surely become a hot commodity with his brand of head banging boom bap beats. Polo has the ability to craft organic and soulful music in different vibes and moods. This means that you don’t get one monotonous CD and instead get a nice balance of songs on the CD. Torae is a solid emcee who can really shine with the right production behind him. He tells a very good story and is good at brash brags. His passion matches that of the best emcees and shines through on each track he rhymes. Even if the only end result of this collaboration is “Double Barrel II” that would still be a positive step for hip-hop fans and all people involved.